The lady peek-a-Boo a Korean named Jean tells the story of the life and customs of South Korea. She wrote about household appliances, which the people of her country used everywhere, but which is new to us. And now she has decided to raise the issue of the peculiarities of the relations between young Koreans before the wedding. 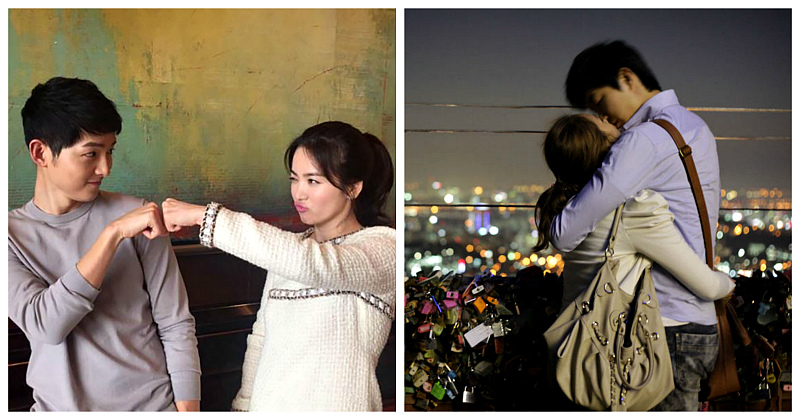 In Korea often hold group date 3 on 3 or 5 on 5. This method is popular among students (aged 17-20 years). Korean universities have Lounges, and it often happens that the organizers of such meetings to come up there and cause willing. Something like: “Let’s the three guys with the faculty of business and three girls from the faculty of science.”

Usually meet in the bar, playing drinking games and talking to each other, but often it ends after one of such visits, because there is not enough time to know a person better. If someone someone like it, then exchange phone numbers next time to meet together.

People older dates often happen one-on-one. Because they are already tired of all sorts of drinking games and they want more serious meetings and conversations. The organizer of the Dating often performs a mutual acquaintance men and women. After three meetings, decide whether to meet on.

There is usually no pairs in which a young man is shorter than the girl. We have common standards on the appearance of the opposite sex: for men beautiful girl should be no thicker than himself, and for women a young man taller than she. Yes, appearance is very important. We have too many people in a small country, and people are always close to each other and pay attention to everything: how someone is dressed, what shape and so on.

I’m not sure how this system works in other generations of Koreans, but at least the people my age are trying to pay half. It works usually like this: if a man paid the restaurant, the woman pays for coffee after lunch/dinner or Vice versa, so it’s almost the same.

But at the first meeting usually men pay more. Koreans often think that if a guy pays on the first date, then he is a miser.

In Korea it is necessary to clarify whether or not you are Dating. It often happens that a man walking with a girl without serious intentions, so Koreans prefer to clarify this: “today the first official day of the relationship.” Now it’s her official young man.

On the anniversary decided to book a nice restaurant and spend all day together or go traveling for two days and one night. After the celebration it is necessary to upload photos with hashtags like #мывместе100дней, #Davydovo and #отмечаем200дней. 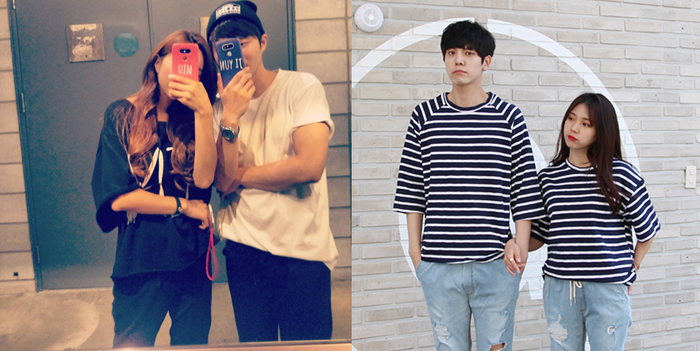 5. Couples want to have the same things

The cause is unknown. But couples often buy similar things — for example, clothing, cell phone cases. Although they are not married, often wear a ring on the ring finger. Everyone is trying to show that he is not alone. We’re a couple!

Meet with your young man or girlfriend at home is great, so… Only in Korea the problem is that young people usually live with their parents, and we decided not to present them with your second half to a serious relationship or marriage. (Why do Koreans live with their parents? Because in Korea, apartments are too expensive, and the Deposit for rental housing is very large.)

A young man or woman communicate with parents only in case you are going to marry. So before the wedding to meet house. Here’s a couple and you go to a cafe and restaurants. And when you want to make love, then rent a room at the Motel for 4 hours or overnight to tell parents that go to sleep to friends. In Russia rarely seen these hotels, but in Korea, where a lot of people, always have the motels (there are many) and their luminous signs visible from afar. Night in Korea everywhere visible motels and crosses of the churches, as in the photo. 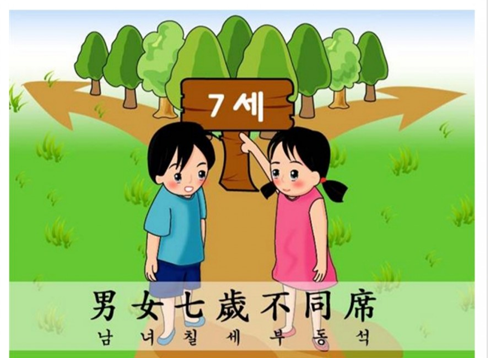 7. “Boys and girls cannot sit together after they turned 7 years old”

In the teachings of Confucius spelled out that men and women should not sit together from the age of seven. Confucianism in Korea has spread during the Joseon dynasty, and it’s one of his rules. The main purpose of the rules is to prevent contact of women with men. Now it is irrelevant, but because of the influence of Confucianism the generation of my parents went to separate schools for boys and girls. When a young girl and man begin to walk together, this could be the reason for the rumors, but the rumors for a woman is the problem.

We usually hide the fact that seeing someone, maybe that old rules of Confucianism. We do not want to receive the condemnation of their parents. Although parents know that their son is a young man or a girl, children just do not tell them that you went on a date.

When pair is formed, then the young man can no longer communicate with other girls while his girlfriend is with other guys. And all because in Korea most people believe that friendship with the opposite sex impossible.

In Korea most difficult time for the couple when a young man goes to serve in the army (21 months for the army and 24 months for naval forces). Military service is compulsory for Koreans, and a lot of young couples breaking up after 17 months.

Until your young man is made to wear rubber shoes. Rubber shoes are ugly and it is inconvenient for a long walk, so it has become a symbol of girls that are waiting for your boyfriend from the army.

For women there is a saying: “After a crappy car is “Mercedes-Benz””. This means that after poor young man will come best and all will be well.

Between the two stations need to do the transplant. A change we call cases, when someone changes a partner. Usually after a breakup and before the beginning of a new relationship, make a pause, because you need time to mentally say goodbye to the former and “pull” it from your heart. And someone immediately after a breakup, starts Dating a new man. We call it a “quick transplant”.

American gadget 14 years of his 17 preparing to fly to Mars. And it will fly

In Turkey, the dog, the athlete decided to take part in a professional match

In Israel discovered the temple of XII century BC

A photo exhibition will open in the shelter of Chelyabinsk