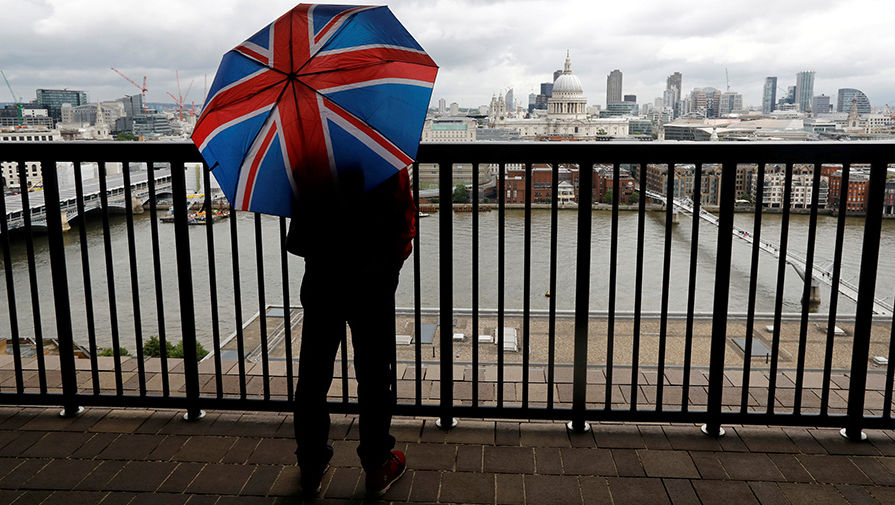 Queen Elizabeth II signed a bill to withdraw Britain from the European Union. Almost four years after the referendum, the United Kingdom is on the verge of Brexit, which in 2016 voted slightly more than half of Britons. Now signatures under the agreement must put the highest officials of the EU and Prime Minister, Boris Johnson. Will also have a vote in the European Parliament, but this, by and large, formal steps — 31 January at 23.00 Britain will leave the EU.

Queen Elizabeth II signed the bill on the UK exit from the European Union. The agreement, which paves the United Kingdom the road from the EU, received the support of both houses of Parliament on January 22, and next Friday in London should leave the Commonwealth.

Prime Minister Boris Johnson said yesterday that Britain has finally “crossed the finish line Brexit” and can “move forward as one, leaving behind years of anger and strife”.

“At times it seemed that we never cross the finish line Brexit, but we did it,” he added.

In the coming days, the agreement must sign the highest officials of the EU head of the European Commission (EC) Ursula von der Leyen and President of the European Council, Charles Michel. The signature also have to put Boris Johnson, and on January 29, the vote in the European Parliament. This, however, is formalities.

January 31 — after more than three and a half years after the country voted for Brexit — Britain will officially leave the EU at 23.00 GMT.

However, fundamental changes for the country’s withdrawal from the EU followed by 1 February there is a transition period during which the United Kingdom will continue to follow the rules of the European Union. While London will lose representation and a voice in the EU authorities.

The transition period will last until the end of 2020, during which time the parties will need to agree on the conditions of further coexistence in the sphere of economy and security. In this direction the Prime Minister seems optimistic.

In his opinion, the bill paves the way for an “ambitious free trade agreements” with the EU. However, many observers believe that during such a period to negotiate new terms of trade and cooperation impossible. It turns out, the Prime Minister again put Britain at risk of “divorce” without an agreement as such.

At the same time, Johnson repeatedly reported about some large-scale trade deal with the United States. And in this he actively supports the American President Donald trump. Moreover, politicians have used the prospect of a trade agreement between London and Washington as a stimulus in two election campaigns. Trump promised a large-scale British trade agreement — in the case that Boris Johnson will become Prime Minister, and if the Conservative party wins the parliamentary elections.

The relations of the two politicians develop the best way possible — they publicly Express to each other the support, that says a lot.

“We are preparing a very great bargain. Very big, such a big deal we have with Britain never had”, warned trump back in August during the summit “the big seven”. And Boris Johnson insisted: “This is an excellent agreement.”

About the same the other day trump said from the stage of the world economic forum in Davos, noting that the estimates of Johnson as “a remarkable new Prime Minister”, who “really wants to conclude the trade deal” after a Brexit.

However, the prospects for an “excellent agreement” a very skeptical look. The attitude of politicians can be friendly, until you go on the intersection of their interests. Here, trump is unlikely to forget its main priority in international politics — “America first”.

A bill to Brexit adopted without any changes, that is, London will leave the EU for exactly those conditions, on which Boris Johnson agreed with Brussels. In October of 2019, the EU has gone on serious concessions to achieve which could not manage the predecessor Johnson Theresa may. The parties agreed on the main issue — the fate of Northern Ireland.

After the transition period, the agreement will be renewed every four years with the consent of the Northern Ireland Assembly by majority vote.

In addition, he made other changes to the document: the British courts will have the opportunity to review the decisions of the European court, Ministers would have to report annually to Parliament on disputes with the EU.

In the house of lords still want to make some changes to the agreement. In particular, members of the upper house of Parliament voted to give refugee children the right unaccompanied to reunite with relatives living in Britain. Such a promise was given by Teresa may, however, Johnson did not introduce this clause in the agreement.

The house of Commons, controlled by conservatives, rejected all the proposed amendments. The Prime Minister did not change yourself on one of the main contentious issues that divided Britain and the fate of the predetermine Brexit — immigration.

“Over the last couple of decades or more, we are seeing quite a large number of visitors from the entire European Union… and they can relate to Britain in fact as though it were part of their country,”

said Johnson in an interview to Sky the day before the early parliamentary elections.

He promised to enter the residence and employment for EU citizens. In the election campaign of the Conservative party, it was reported that Britain should follow the example of Australia and introduce a point system of immigration. Thus, the tories are going to control the flow of visitors, “according to the skills of these people and the contribution they can make, not based on where they are.”

The Australian immigration system really is based on evaluation of those wishing to move to the country. The potential immigrant will be awarded points in accordance with his profession, education, age and other data. A similar idea is put forward not for the first time. Opponents of the skeptics during the campaign for the referendum noted that Australia had introduced a point system that, on the contrary, to attract immigrants.

Johnson, however, insists that the conservatives do not intend to reduce the inflow of immigrants. The main goal of the ruling party, he said — to choose the best candidates. As for those already living in the UK, they, the tories propose to register online and continue to enjoy the rights that they had.

The price of victory unity

Johnson really have something to be proud of, he managed to fulfill his main campaign promise, despite the opposition of the Parliament and insisted on making significant changes to the agreement for Brexit. Why the EU changed its stance and made concessions for, as previously thought, the principle for a issues — remains unknown. Perhaps the Prime Minister was right in saying that successful negotiations had to show Brussels readiness to leave, slamming the door and breaking up without any agreement.

Parliament was harder: to be able to promote their policies and to stop numerous extensions Brexit, Johnson had to dissolve the house of Commons and go for early elections. In Parliament simply lacked the majority of which have promoted any position, whether a new referendum, out of the transaction or support of an existing agreement. Thus, early elections become the opportunity to give the British the opportunity to demonstrate their will regarding the future of the country — with the EU or without it.

The results exceeded all expectations. The conservative party of Johnson, finishing 364 of 650 seats in the house of Commons, won a major victory since 1987, when the same success was achieved by Margaret Thatcher.

The Prime Minister called the victory “historic” and it’s hard to argue. However, a serious split within the country has not been overcome, and he will give us more know about yourself.

A bill to Brexit refused to approve the legislative bodies of Wales, Scotland and Northern Ireland. All three of the regional Parliament voted against leaving the EU.

Edinburgh and Belfast is voted in 2016 against Brexit. With the arrival of Johnson to the Premiership, Scotland began to insist on holding a new referendum on independence — the previous one took place in 2014 and was a failure for wanting to secede.

However, according to the ruling in the region of the Scottish national party, Brexit was a sufficient basis for holding a second referendum.

A week after the victory of the conservatives, meaning the withdrawal of Britain from the EU, the elections, the Prime Minister of Scotland Nicola Sturgeon officially asked London for permission to hold a second plebiscite. Johnson predictably refused.

“Another referendum on independence will lead to continuing political stagnation, which is Scotland for the past ten years, is reported in the statement of the Prime Minister. — You and your predecessor have personally pledged that a referendum on independence in 2014 was “the only one in this generation.” The people of Scotland decisively voted to preserve the United Kingdom”.

However, no illusions on this score the Scottish nationalists have not fed. When submitting a request for a referendum, Sturgeon said that London will almost certainly be a refusal: “But let no illusions: this is not over!”.

Meanwhile, the Prime Minister may, to celebrate the historic victory. Ahead of Britain’s new round, no doubt, difficult negotiations, during which London will have to defend their interests, and not only to the European Union.

“The Parliament adopted the bill on the way out, which means that we leave the EU on 31 January and will move forward as a unified Kingdom,” — said Johnson, speaking in Parliament on January 22.

“Everything is bad”: Klimkin is afraid that Ukraine will give Russia

Increased the number of Russians infected by coronavirus in Japan