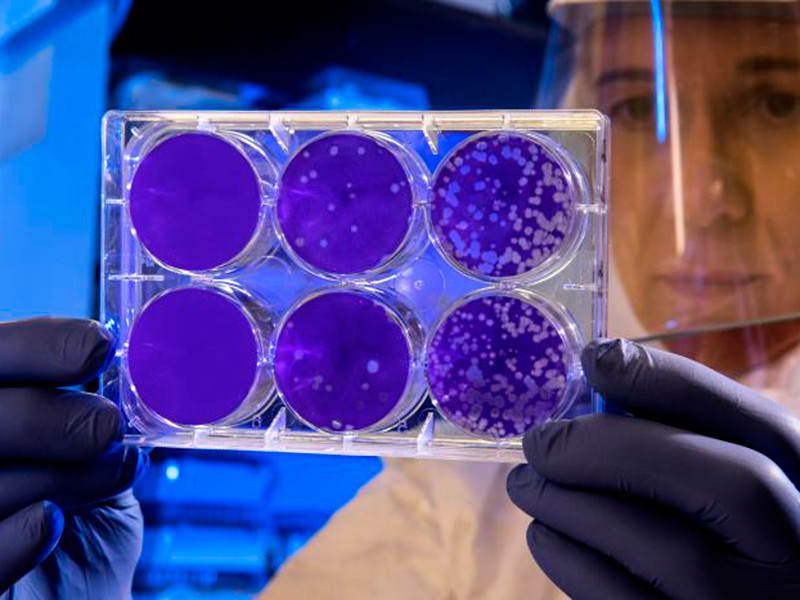 The centers for control and disease prevention in the United States (Centers for Disease Control and Prevention, CDC) confirmed the first case of coronavirus from China.

We are talking about patient who on 15 January returned to Washington from China. Upon returning from the trip, he went to doctors, who suspected have applied the new coronavirus, including because of the manifested symptoms of the disease. Further tests confirmed this diagnosis. According to the Washington Post, the cases came from China before the Federal service of health began to check travelers at three major U.S. airports.

In connection with the identified case of a disease of the Central American countries strengthen epidemiological monitoring of arrivals. In particular, at the international airport of Guatemala will create a special item to prevent the penetration of the virus into the country. Measures of health security has also strengthened the Ministry of health of Panama, Costa Rica and Nicaragua.

Meanwhile, the number who died of a new type of coronavirus in China reached nine identified 440 confirmed cases of infection. This was stated at a press conference the Deputy head of the state Committee of China on issues of hygiene and health Li bin, quoted by RIA “Novosti”.

“There is a possibility of mutation of the virus and its further spread,” said the official, noting that at the moment there are respiratory pathway of introduction of the virus into the human body. He urged people of the country and foreigners to refrain from visiting the city of Wuhan even in the days of the “spring Festival” – New year according to the lunar calendar, when traditionally families gather together. DPRK authorities have also decided to temporarily close the border to foreign tourists, Reuters reported, citing a China-based tour Agency Young Pioneer Tours (YPT).

Li bin admitted that Wuhan is a center for the dissemination of pneumonia caused by a new type of coronavirus. “We can say that the outbreak in Wuhan localized, the focus now is on prevention and the fight against this disease,” he said, adding that the Chinese authorities when the virus is immediately informed about the who and China’s neighboring countries, including Russia.

Head of the Chinese Center for control and prevention of diseases academician Gao Fu confirmed that the source of the coronavirus are wild animals that are illegally traded on the Wuhan market. On Wednesday the first case of infection with a new type of coronavirus reported by the authorities of Macao. According to them, the virus was detected in 52-year-old woman who came to Macau from Wuhan. She was admitted to a local hospital Tuesday afternoon with pneumonia caused by a new type of coronavirus, reports “Interfax”.

We will remind, in February the Ministry of health will prepare a rapid test for the detection of the novel coronavirus to work on a vaccine against this virus has also initiated the American national Institute of health (NIH). Scientists warned that the first clinical trials of the vaccine will take place not earlier than in a few months, and available vaccine will be not earlier than a year.

Meanwhile InoPressa quotes the translation of the article, the authors reminded of the SARS outbreak: between November 2002 and July 2003, the virus has infected more than 8 thousand people in some 30 countries, 774 people died. “Then the Chinese government has drawn the IRE of the population, as it has made every effort to hide the scale of the epidemic. In the result the necessary measures to control it were not taken in a timely manner,” write the authors.

The government now informs the Chinese better than in the case of SARS, the question of whether to believe the official reports, remains open. But the authors of the study at Imperial College in London believe that the official figures are seriously understated. According to them, only in Wuhan on 12 January of this year, more than 1.7 thousand infected.

Study: Air in 2019 showed the highest correlation with the top Althingi

In Russia, invented the parachute for evacuation from the skyscraper

Russia attacked us: as Georgia recalled his

In Palestine condemned the statements of Netanyahu on East Jerusalem