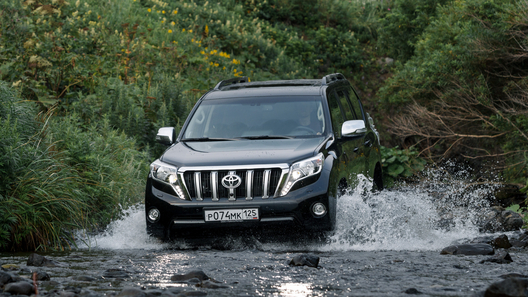 Toyota and Lexus have begun in Russia large-scale revocable campaign that will affect tens of thousands of SUV and both brands. But the reason for revocation of the fire.

And broke out the whole story of the banal, seemingly, heated washer nozzles windshield. It is only at first glance. It turned out that because of the peculiarities of the gasket that holds the heater inside the nozzle, “there is a probability of formation of a gap between the seal and the injector body, which over time can lead to cracks in the heater”. Information from Rosstandart States that “when this situation occurs, water with anti-ice reagents can penetrate the heating element and cause it to short circuit and overheat and in the worst case, a fire.”

Official representatives of OOO “TOYOTA MOTOR” will inform owners of vehicles covered by the recall by sending letters and/or phone about the need to deliver the vehicle to the nearest dealership for repairs.

At the same time, the owners can own, without waiting for the messages to an authorized dealer to determine whether their vehicle is under recall. To do this you must match VIN code for your car with attached list or use the interactive search (easy.gost.ru).

In addition, learn about the presence of a vehicle in a revocable programme with a special service on the website Auto.ru (project of Yandex). Baseline information for this service is passed to a under the relevant agreement.