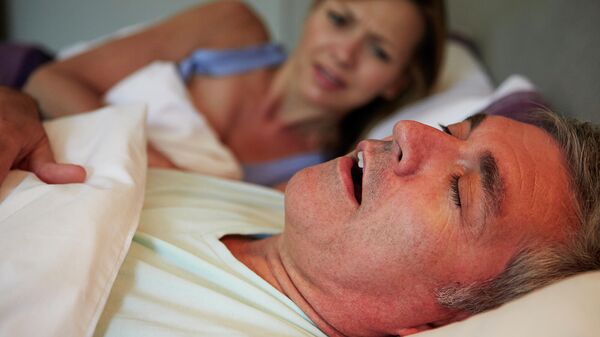 Obstructive sleep apnea is a terrible name systematic violations of breathing during sleep. To diagnose it pretty easily if you start to perceive the snoring is not as annoying noise, and as a symptom, told radio Sputnik, the doctor-otolaryngologist of the highest qualification Alexei Koshelev.

By itself, snoring, according to the doctor, not dangerous, but it can be a precursor to more serious diseases. Snoring most often people face delays of breathing during sleep. Such a “pause” can reach ten seconds and significantly harm the body.

“The biggest trouble at night breathing is that the person begins to receive less oxygen. If this happens regularly, then it may result different troubles with the cardiovascular system. Snoring itself is not very scary, but if it is accompanied by stopping of breathing during sleep, it is a very big problem. It affects both children and adults,” explained the doctor.

Children snoring and delayed breathing can cause much more serious harm, said in an interview with radio Sputnik, the doctor Alexei Koshelev.

“If you stop breathing during sleep occurs in a child, it loses oxygen, and therefore, his body is not developing. Where oxygen is the most wasted? On the muscles and the brain. In the morning the child wakes up restless, his appetite will be absent and so forth,” — said the doctor.

Alexey Koshelev encourages all who notice these symptoms, contact a doctor for advice. Moreover, because the snoring and the breathing problems are treatable.

In Myanmar found a primitive bee