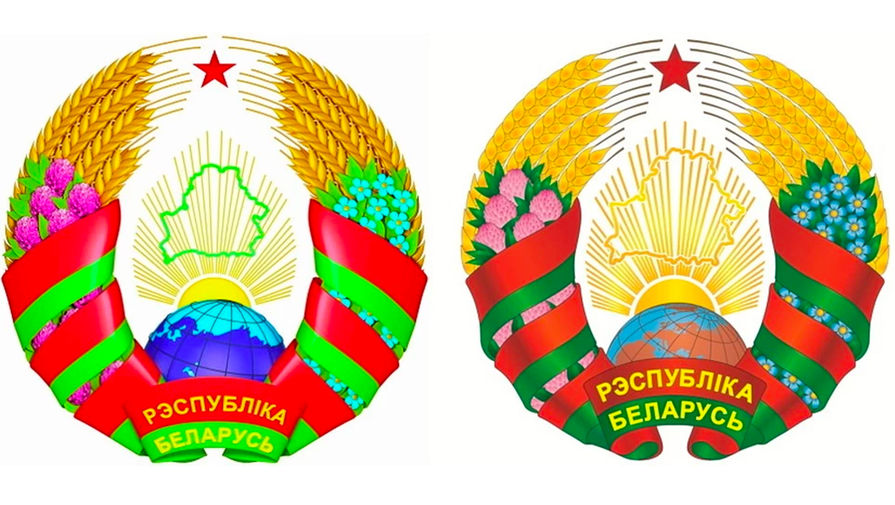 The Belarusian authorities plan to discuss a draft revision of the national emblem. So, officials have offered to adjust the size of its parts, and the color of the elements, making it less “acidic”. In addition, Russia in the picture at the bottom of the emblem will be replaced by Europe.

Belarusian officials will consider changing the image of the state emblem of the Republic. The bill will be placed on the agenda of the Parliament in the spring. About the plans said the Minister of justice of Belarus Aleh Slizheuski, RIA “Novosti”.

He noted that politicians want to make the emblem of the country more peaceful. Thus, according to him, already prepared a draft law, which adjusts the law of the Republic on state symbols. The interlocutor of the Agency noted that citizens repeatedly had questions to the image of the Belarusian coat of arms. The Belarusians, as told Slizheuski, has made proposals to make changes to its appearance.

“Belarus is a peace — loving state, which remains neutral, does not consider aggression as a way of their policies. It is necessary to bring the arms in line with a peace-loving content to the coat of arms was perceived positively”, — noted the Belarusian Minister.

The old and the new state emblem of Belarus

The old and the new state emblem of Belarus

He added that the above changes worked heraldic Council under the President of Belarus. He estimated the current symbols and came to the conclusion that the coat of arms is in need of “improvement”, said the head of Department.

Slizheuski noticed a few nuances that, in his words, cause “is not always correct associations and, of course, be cast to the coat of arms was executed perfectly and were positively received”.

So, as an example, he drew attention to the star, which is depicted on the modern coat of arms of Belarus and, according to officials, is “warlike character.”

“In heraldry, there are generally accepted approaches according to which for different cases, symbols may carry different semantic meaning. In the form in which today the state emblem of the fulfilled star, with these sharp edges, it is more applicable in militarized symbolism and is a bit of a warlike nature,” — said the Minister of justice of Belarus.

However, according to him, will be changed and the image of the globe, located in the lower part of the coat of arms. According to Kievskogo, Parallels and meridians work together to create not “always right of Association” that needs to change, not to create ambiguity.

“How filled it Parallels and meridians, in such a convex image it seems that they are all over the globe, and it turns out, is placed in a cage,” said the Minister.

As the newspaper “KP.Belarus”, the draft of the bill, officials noted that the coat of arms would look more volume due to changes in the image. In particular, the inscription “Republic of Belarus” on the ribbon will become clearer.

In addition, the Belarusian politicians believe that it is necessary to change the color of the tape flag, the shape of the ears, the image of flax and clover. The authorities also plan to change the color of the border of the country from green to gold, the outlines themselves increasing in volume. In addition, the authorities propose new ways to draw the contours of the continents on the globe.

In the current version is clearly visible in the Eurasian part of the continent, including in the picture you can see part of Russia. The draft also proposed to change the shape of the map in the European part, where more space will occupy European countries.

As the newspaper notes, the changes mostly relate to the artistic part. For example, the paint will not be as “acid” as it is now. At the same time, the color red Communist star will be darker, and the star crowning the coat of arms will increase in volume.

Earlier, the Belarusian coat of arms have already been changed. So, eight years ago — in 2012 — the Republican authorities changed, for example, the number of petals on the flowers of flax, and has also adjusted the font and colors.

In General, the current national emblem of Belarus — is a modified copy of the coat of arms of the Byelorussian SSR. This image became the official symbol of the country after 1995, a referendum was held on the initiative of Belarusian President Alexander Lukashenko.

Trump won't fire the attorney General, which interfere with the work of his tweets

The operation of the century "Rubicon": the CIA and German intelligence 50 years of spying on hundreds of countries through the Swiss cipher machines

“Peace enforcement”: what will turn the war in Libya

Per day from the coronavirus has died, 109 people

In China, the company said, when you get infected with the coronavirus