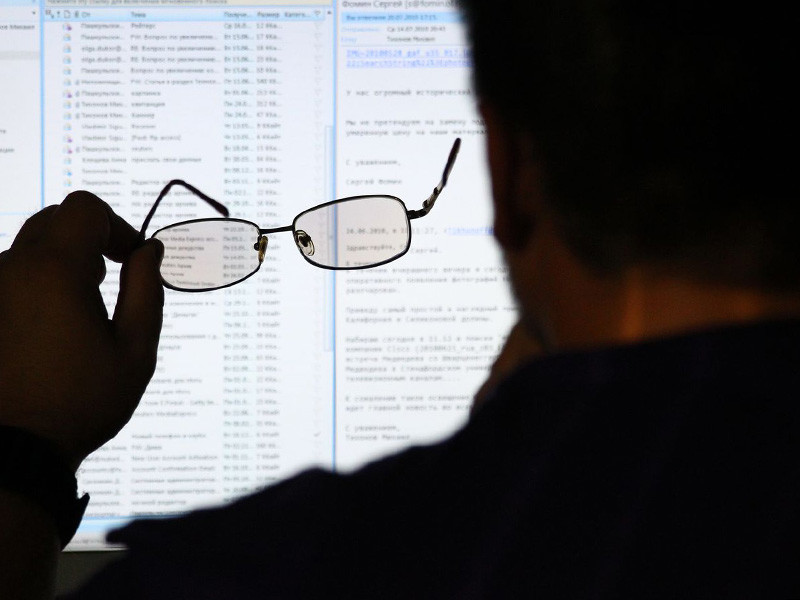 Central intelligence Agency (CIA) in cooperation with the intelligence service of Germany (BND) had access to secret correspondence of more than 120 countries for almost 50 years. As stated in the materials of the newspaper the Washington Post and German ZDF television, to receive communications intelligence could thanks to the Swiss company Crypto AG, which produced cryptographic equipment since the Second world war. Since 1970, the company was secretly owned by the CIA and German intelligence.

Since 1958, the CIA, the BND and then controlled the activities of Crypto AG, through a front company in Liechtenstein Minerva, and then completely bought it. Crypto AG has set their devices on the equipment of two types – secure and vulnerable. The secure version of the devices were sold to Swiss clients and several countries, while many other States, unsuspectingly purchased their machines, which gave US intelligence and Germany the ability to spy. The CIA and the BND was able to carry out a wire with a specially created “holes” in the security of the encryption.

Intelligence activities, called “Operation Rubicon”, has touched more than 100 countries, including Iran, Saudi Arabia, Vatican, Egypt, Libya, India, Pakistan, the countries of Latin America. The neutrality of Switzerland was an important factor contributing to the high demand. The USSR and China have not cooperated with Crypto AG because of suspicions about the origin of the company. According to the testimony of former intelligence officers, in some periods, including the 80-ies, via hardware Crypto AG was up to 40% of all the secret diplomatic correspondence in the world.

“Foreign governments pay the US and Germany good money for the opportunity of having all their most secret contacts have been intercepted by at least two countries,” reads the CIA report. In the secret service, which is available to The Washington Post, call it “exploration success of the century.”

According to the investigation, the BND without the knowledge of the Federal government earned millions, which comes to the so-called black cash. The BND and the CIA were arguing about who is to sell the equipment. The Germans did not want to spy on allied Nations, the Americans wanted “to seek allies as well as with Third countries”, according to one German document, quoted by the ZDF (translation InoPressa).

So, intelligence agencies knew about the planned overthrow of Chilean President Salvador Allende, gross violations of human rights by the military junta in Argentina. A decoded telegram of the Argentine Navy that the CIA and the BND were transferred to Britain, made a “decisive contribution” to the winning country in a war in 1982 over the Falkland Islands, according to the materials. The scouts of the two countries also followed the Iranian mullahs during the hostage crisis in 1979, followed up the murder of South American dictators and congratulations to Libyan officials about the terrorist attack at a Berlin disco in 1986.

The CIA and the BND, which was the partner of U.S. intelligence agencies, declined to comment to WP, although officials of the United States and Germany did not dispute the authenticity of the documents, the newspaper writes. Former Minister of state in the office of the Federal Chancellor Bernd Schmidbauer responsible for the coordination of the German secret service under the government of Helmut Kohl, in an interview with ZDF confirmed the existence of “operation Rubikon”. According to him, it had made its contribution to ensuring global security.

The first suspicions about cryptography intelligence agencies appeared in the 1970-ies, after the publication of the correspondence between the representative of the national security Agency and the founder of Crypto AG. The objects of surveillance have received warnings and due to a lack of precautionary statements by U.S. officials, including President Ronald Reagan.

He publicly declared that the US intercepts messages from the Libyan officials involved in the explosion at a Berlin discotheque “La Belle” in 1986. In 1992, one of the sellers of the equipment was arrested in Iran. German BND after this scandal came out, but the CIA bought a share of the German intelligence service in the company and continued to work until at least 2012.

According to current and former American officials, the company assets were sold only in 2018. By this time she had lost ground because of the development of technology online encryption. The current owners of Crypto AG reported that it can not comment on the story. According to them, the company now operates exclusively in the Swiss market in the field of security.

As of 2020 the production of Crypto still used in more than ten countries, but the company was actually liquidated by the shareholders. The majority of the assets acquired CyOne Crypto Security, which provides security to the Swiss authorities, International and Crypto, which won the brand of the manufacturer of cryptographic equipment. Both companies claim that are not associated with the CIA, one of them stated that they did not know about the history with the secret service. As writes Associated Press, the Swiss authorities announced the beginning of the investigation to verify contained in the article claims.

In this case the Swiss authorities were aware of the activities of foreign intelligence services. The investigation States that “the highest officials of Switzerland as a whole was aware of the role of Germany and the United States in connection with the company Crypto AG, doing everything to cover up these relationships.”