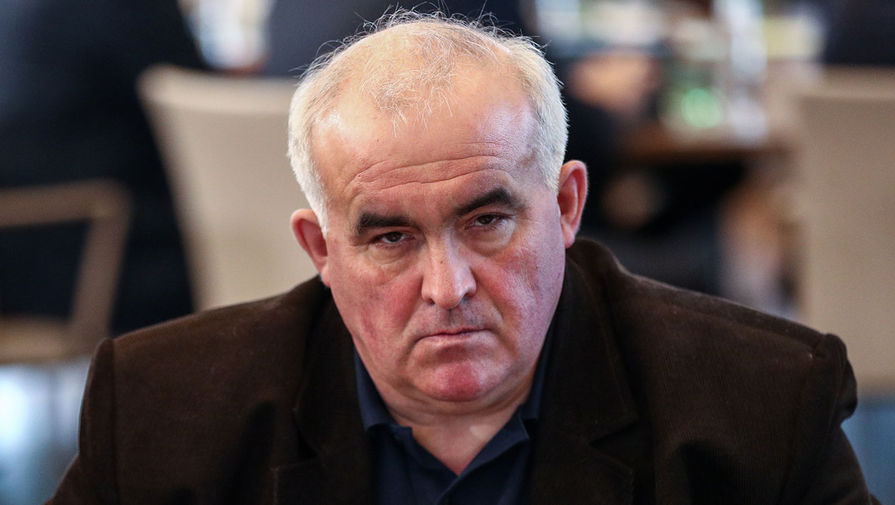 The press service of the Kostroma Governor Sergey Sitnikov has explained his words about the fact that the fight against corruption worse than the corruption. The head of the region, said in a statement, criticized the anti-corruption legislation, and pointed to the shortcomings of existing measures. Sitnikov said earlier that “the Russian people will win, including ourselves,” struggling with anything.

The words of the Governor of Kostroma region Sergei Sitnikov about “terrible” the fight against corruption commented in its press-service. Reports radio station “Moscow speaking”.

“Sergej said that now, unfortunately, some media interpret that he criticized anti-corruption legislation — was nothing like this,” – noted in the office of the Kostroma Governor.

Earlier Sergey Sitnikov in conversation with journalists said that the thing which, in his opinion, worse than corruption – combating.

“The Russian people are. What you undertake, are with rollicking prowess and defeat everyone, including yourself,” said the Governor. He also turned to colleagues and asked whether corruption given me by my wife shaving accessories.

Subsequently, the press service said that these words were spoken in response to the question about the cost and conditions of renting the hall, which hosted a two-hour press conference by the Governor. The media representative said that the free upgrade of the room – corruption and gift the head of the Kostroma region.

“We are sensible people, we understand that two hours of communication with journalists. If it counts as a gift to the Governor?”, – stated in the press service of the Sitnikov.

Sergey Sitnikov headed the Kostroma oblast in 2012. The deputies of Kostroma regional Duma at an extraordinary meeting voted unanimously for the granting of the ex-head of Roskomnadzor gubernatorial powers. Such a proposal was made by the then Prime Minister of the Russian Federation Dmitry Medvedev.

A big scandal broke out in connection with the reckless behavior of the head of another Russian region of Chuvashia, about a month ago. In the Internet appeared the video with the ceremony of the keys of fire trucks in Cheboksary. The record shows that as Governor of Chuvashia Mikhail Ignatyev, giving the keys to the officer of the Ministry of emergency situations, raises his hand above to the employee jumped over them. The incident occurred on January 23 during the review of rescue techniques.

The video has caused a sharp condemnation — the head of region has accused of insulting the officer of the Ministry. 27 Jan the incident was discussed by the ethics Committee of “United Russia”. In the result, it was unanimously decided to recommend to the Presidium of the General Council to exclude the ex-Governor from the party.

“Ignatiev was humiliated honor and dignity of the officer who saves lives, has offended feelings of millions of people.

The person holding a senior post in principle impermissible to behave like this, showing arrogance and aristocratic habits, the Governor is turned on the system. That is why I believe that such a person has no place in our ranks. It is consistent work party for cleaning,” said Executive Secretary of the Commission Yevgeny Revenko.

In a press-service of the head of the Chuvash Republic said that Michael Ignatieff did not want to offend the employee, the Governor has long been familiar with the officer, and the ceremony was held “positive emotions”. However, in the ranks of the Federal government is not all a positive charge when watching videos, MPs, senators and Ministers have asked for the resignation of Ignatieff.

Also, a little earlier — in early January, Ignatyev called “wet” the media and bloggers. In the end, Putin signed a decree on the resignation of Ignatieff. Relevant document published on the Kremlin website.

“To dismiss Ignatiev Mikhail Vasilyevich from the post of Head of the Chuvash Republic in connection with loss of trust of the President of the Russian Federation”, — said in the decree of the President.

Temporarily fulfilling duties of the Governor of the Chuvash Republic appointed the Deputy of the state Duma from “Fair Russia” Oleg Nikolaev. After a few days, Nikolaev signed a decree on the resignation of the government of the Republic. According to him, this step is caused by the situation in the region. In addition, Ignatieff was expelled from the party “United Russia”.

Shortly thereafter, Putin stressed the need to conduct stricter law enforcement practice of the rules regarding the rudeness of the officials.

“Before the law all should be equal. Current law allows you to take the necessary decisions in relation to such officers, which needs to be swept out of the bodies of power and administration,” — said the Russian leader.