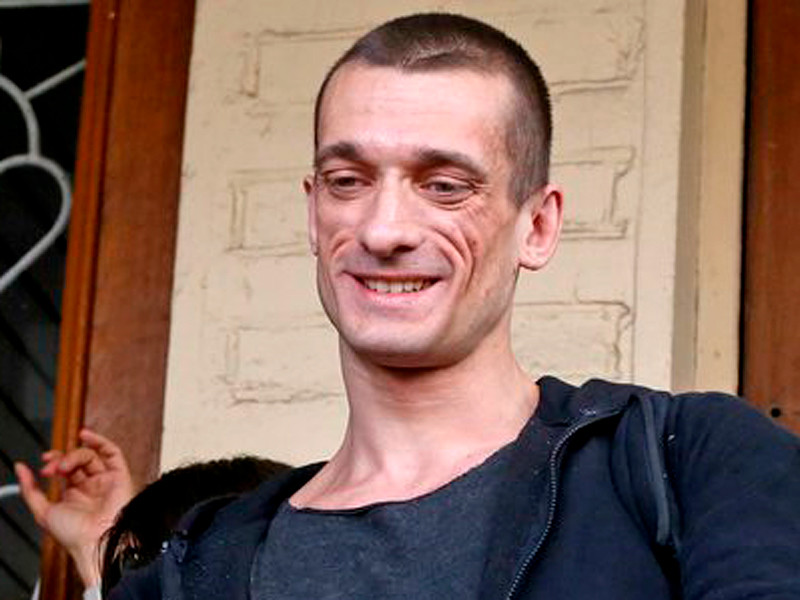 Moved to France from the Russian artist-actionist Peter Pavlensky has promised to continue the publication of compromising about the sex life of French politicians, reports “Interfax”.

“Benjamin Hryvnia – the first man to enter my site. However, it just opened. And we will continue”, – he told on air of TV channel BMF TV.

We are talking about the website Pornopolitique, which Pavlensky this week issued a video and photos of an intimate nature, which, he claims, depicted Hryvnia.

According to Pavlensky, the French politician sent these photos and a video of some unknown girl. In correspondence with it, he draws a parallel between the family and prison. In a commentary that accompanies the publication of intimate materials Pavlensky accuses of hypocrisy policy, publicly defending the family values.

As of Friday evening, the website Pornopolitique available to users at least in Russia and in Europe, including in France.

While French journalists raised questions about who created this website. According to open sources, the site appeared about two months ago and if you believe the IP address was created in the city of mountain view (California, USA). However, as the report said, this does not mean that the person running the website is really a California resident, as these are easy to fake.

For its part, the lawyer Pavlenkova Juan Branco explained BMF TV that his client decided to take the publication of such materials in the framework of the struggle against the system of government established in France by President Emmanuel Macron.

Francuzskie media stress that the publication of such materials in France is a felony, punishable by two years in prison and a fine of 60 thousand euros.

Hryvnia has already said that he intends to sue those who have placed free information about his personal life.

Earlier Friday it was reported that the Hryvnia, which was considered one of the main contenders for the post of mayor of Paris, candidate of the party “Forward, Republic” of the President of Macron, withdrew his candidacy for this post. The politician called it “a vile attack”.

French municipal elections will take place on 15 and 22 March.

On Friday night, French media reported that judicial authorities in France are investigating the incident with the participation of the actionist-the emigrant occurred in the night of 1 January 2020 in Paris, misleading .

According to investigators, received information that during the party there was a quarrel between Pavlensky and a group of people. As a result, according to eyewitnesses, the artist-actionist grabbed a kitchen knife and began to threaten them offenders. Two people were stabbed. Pavlensky is also not out of the conflict unharmed, he was hit with a bottle.
However, as noted by the media, according to the supporters Pavlensky, he was armed with a knife, because it was one against about a dozen people, and then threw him to the ground, injuring no one.

The newspaper Le Figaro notes that this party was attended by, in particular, the lawyer Pavlenkova Juan Branco. But the interests of the artist in the framework of the case protects the other his lawyer Marie-Alix Canuts. She refused to give comments to the press.

"Russian": the Governor said that the worst corruption

"Y": banks and energy companies of Russia have undergone a new wave of cyber attacks