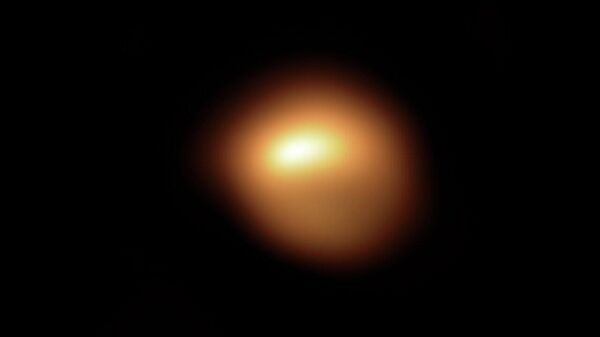 On the Very large telescope VLT of the European southern Observatory (ESO) astronomers have recorded an unprecedented weakening of the magnitude of the star Betelgeuse — a red supergiant in the constellation Orion. High-quality new images of the surface of stars demonstrating not only the tarnishing of the star, but also a change in its visible form. Image posted on the website of ESO.

Betelgeuse has always been a bright red beacon in the night sky, but its luster began to wane. Now it is about 36 percent of its normal brightness.

This change is noticeable even to the naked eye. And Amateur astronomers, and scientists hope to find out the causes of this unprecedented tarnishing star.

At the end of 2019, astronomers, under the leadership of Miguel Montage (Miguel Montargès) from the Catholic University of Louvain in Belgium has been using adaptive optics SPHERE, installed on the telescope VLT (ESO) in Chile, the first high-quality image tarnished surface of Betelgeuse.

The same group of observers studied the star with the same receiver SPHERE in January 2019, before she started to fade, which allowed for the comparison of two images of Betelgeuse before and after the change of its brightness. The images obtained in the optical rays, demonstrate clearly the changes of luster and apparent star shape. 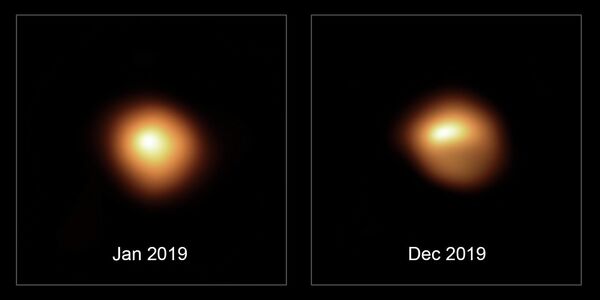 Like all red supergiants, Betelgeuse will one day turn into a supernova, why Amateur astronomy has been assumed that the fading star of her imminent explosion of a supernova, but scientists don’t think that this is already happening. For explanation was the changes in brightness and form stars, they have a hypothesis.

“We developed two scenarios: a sharp cooling of the surface due to the exceptionally high level of stellar activity and the ejection of the dust towards us, presented in a press release ESO words Montage. — Of course, our knowledge of the red supergiants still incomplete, and research is ongoing, so surprises are still possible.”

The unstable surface of Betelgeuse is composed of giant convection cells that move, then decreasing, then increasing in size. In addition, the star pulsates as a giant beating heart, periodically changing its luster. These convection and pulsation changes Betelgeuse referred to as “star activity.”

Tools ESO installed on the complex VLT telescopes allow you to observe in the wavelength range of from visible rays to mid-infrared region, and this means that astronomers can see how the surface of Betelgeuse, and the surrounding substance.

“And this is the only way to understand what is happening with this star,” — said the scientist.

Own record broke the "egg" master in Turkey

Scientists have discovered the darkening of stars Betelgeuse: let’s turn to the second moon