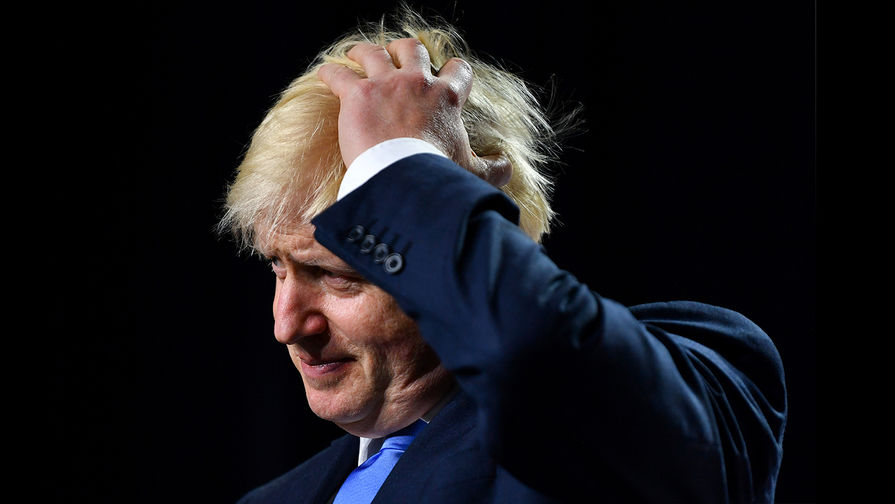 Advisor to Prime Minister of UK Andrew Sabisky resigned due to accusations of racism and supporting eugenics. Aide to Boris Johnson claimed that white people’s IQ is higher than blacks, and also urged to give children dangerous drugs to improve mental activity. The scandal surrounding Sabiki raised a number of questions to his head and forced the media to doubt that the head of the government alone rule the country.

Adviser to the Prime Minister Andrew Sabisky resigned amid the scandal — colleague Boris Johnson was suspected of racism and commitment to eugenics. Ambiguous statements Sabiki appeared in the British media shortly before his appointment as assistant to the head of the government at the end of January.

In 2014-2016 Sabisky made a number of racist articles about black people in particular, he argued that their IQ is lower than whites. In addition, the new adviser to the Johnson proposed the use of forced contraception for adolescents to struggle with an unplanned pregnancy and the emergence of a “lower class”.

Sabiki also advocated the use of drugs to improve mental activity in children. “The benefits from taking modafinil once a week are probably dead child once a year,” claimed Sabisky.

Extraordinary views of the Prime Minister’s adviser raised a number of question to the Johnson — why this man became part of the British government. However, the head of the government and its representatives have refused to comment on the purpose Sabisky.

The actions of the Prime Minister caused a mixed reaction in the ruling Conservative party. As stated by MP Caroline Noakes, the British government should not be places people like Sabisky.

“I can’t believe that the Cabinet declined to comment on Andrew Sabisky. I don’t know him, but I don’t think we’ll get along” — written by Noakes on Twitter.

At the same time, opponents of the Johnson — labour — urged the Prime Minister not only to explain the purpose Sabisky, but also to tell whether it supports “nasty looks” to his assistant.

However, the answer to the question of how Zabicki joined the team of Johnson, are already known. His appointment is the main Prime Minister’s adviser Dominic Cummings, whom British media have dubbed the “gray cardinal” of the British Cabinet.

By the way, Sabiki became an adviser to the Prime Minister rather unusual way. In the beginning of 2020 Cummings has published on its website the call for the “Kooks and losers” with extraordinary skills who wish to work with him.

Advisor Johnson actually independently conducted the selection among the candidates, as the requests the guests had sent to his personal e-mail, and not the UK government.

Such liberties are excusable to the “gray cardinal” of the UK, given him a certain reputation in political circles. The policy is called one of the “architects Brexit” because of the success of his campaign “vote for secession” in the eve of the referendum in 2016.

Prior to his appointment to the government of the Cummings repeatedly said that it wants to change “dysfunctional” political system of great Britain. Analysts believe The Guardian, with the arrival in the Cabinet last summer, the politician began to actively implement your plan.

Cummings require major decisions of the government of Johnson, in particular, demand early elections and an uncompromising course on Brexit in October. With some amendments the policy strategy was successful, and London left the EU, however, in January 2020.

Among the latest actions of the “gray cardinal” update the Minister on 13 February. So, because of the conflict with the Cummings has left his post as Finance Minister Sajid Javid is one of the main supporters of Johnson.

British media reported that the Minister of Finance refused to replace members of his team at premiere people, on what particularly insisted Cummings.

The actions of the Advisor to Johnson are often perceived negatively in political circles. For example, MP-Tory MP Roger Gale called Cummings “a fool and filth”.

“I think if the Prime Minister himself will not run him in Downing street, then the government will die not because of the “rebel Tory” and not even because of Mr [labour leader Jeremy] Corbin is the government overthrow Dominic Cummings”, — quotes Gale “bi-Bi-si”.

While the Prime Minister is in no hurry to withdraw from the post of his chief Advisor, Johnson speaks positively about the Cummings and overall satisfied with the work of his subordinate. But the scandal raises Sabisky in the media, questions of who exactly manages the Kingdom.

The designation of “racist” an adviser to Prime Minister does not mean that Cummings himself preaches ideas of white supremacy. According to CNN, citing a familiar policy, the views Sabisky have the philosophical interest to the chief adviser to Johnson and often become the subject for jokes.