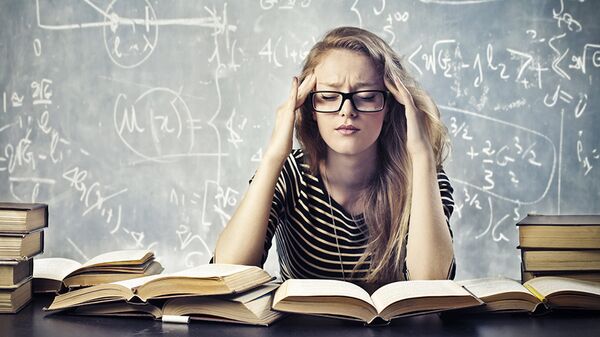 Alfia Enikeeva. Aerobics strengthens the memory and improves cognitive function at any age, said recently, researchers from Columbia University (USA). And the older a person is, the more useful sport for the brain. Previously, scientists have shown that neurogenesis — increase in the number of neurons and improving the work of the synapses — promote not only physical exercise. Among the potentially useful yoga and even well-chosen food. How to improve brain function — in the material RIA Novosti.

Run a lot better I think

Experiments on laboratory animals a few years ago showed that regular physical activity improves mental ability. So, rats for seven weeks made daily Jogging, has increased the number of neurons in the hippocampus region of the brain including learning and memory. The length of the distances traversed by the rodents, correlated directly with the number of new nerve cells in their brain. But the exercises with weights though contributed to an increase in muscle mass of animals, this effect on the hippocampus is not provided.

According to American and Lebanese scientists (they, too, were forced mice to run), during exercise in animals produces more brain-derived neurotrophic factor in the brain of BDNF. This protein is responsible for neurogenesis and plays an important role in the formation of long-term memory. He probably contributes to the appearance of new neurons in the brains of animals.

Indirect evidence suggests that exercise increases plasticity and the human brain — the ability of its cells to change links with other neurons and new memories. In addition, aerobics make the hippocampus more elastic — it improves blood circulation and practically no inflammatory processes, which has a beneficial effect on mental abilities.

Check memory, concentration and goal setting have 132 volunteers conducted by scientists at Columbia University, confirmed this. After six months of regular training of all participants in the experiment were observed cognitive improvements. Moreover, the older the volunteers were, the greater the effect the sport has had on the state of their brain.

However, physical activity should not overdo it, warns French neuroscientists. Many hours of grueling training, on the contrary, negatively affect brain function and cause people to make rash decisions.

Yoga for the brain

According to American scientists, yoga affects the brain the same way it strengthens the structures associated with memory and emotion regulation. The results of 11 studies have shown that when meditation and special breathing exercises increases the volume of the hippocampus. In addition, people who regularly practicing yoga, compared to other more developed prefrontal and cingulate cortex, and amygdala. These areas are associated with planning and decision-making, attention, memory, learning and emotional regulation. 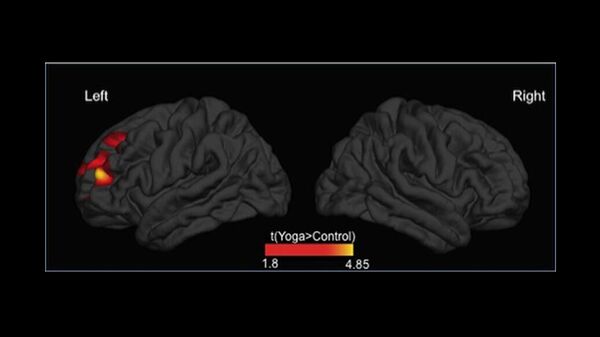 The study of the brain of 42 older women, some of which are over 15 years of regularly practiced yoga confirmed that the supporters of these practices increased thickness of the left prefrontal cortex. Moreover, in comparison with those who never meditated and not performed breathing exercises, the difference was significant. According to the authors, the fans of Eastern practices more likely to keep a clear mind in old age.

In addition, meditation helps to stop the degradation of gray matter and a decrease in the number of neural connections in people suffering from constant pain. From yogis with experience also recorded a significant increase in the number of neurons in the region of the insular cortex — a brain area that plays an important role in tolerance to pain.

In 2014, British and Belgian researchers found that professional artists increased the number of neurons in areas of the brain responsible for fine motor and visualization of images. Scientists have suggested that this peculiarity may be congenital, although did not rule out the impact of external factors, including education and regular classroom drawing.

According to German neuroscientists, it is a permanent art practice leads to an increase in the number of nerve cells and improves neural connections. They asked 28 volunteers, whose average age is about 64 years old, pass a ten-day drawing course, or visit several art galleries. Before the experiment and immediately after it all volunteers conducted a MRI-scan. It turned out that participants from the first group increased functional density of neural connections in the prefrontal and parietal cortex — areas associated with decision-making and planning complex cognitive behavior. In other words, the nerve cells in these areas of the brain started to interact with each other.

According to scientists from Drechselschule University (USA), art improves the blood flow in the brain and activates the prefrontal cortex, the pleasure center. And it does not matter that depicts how professional people. In addition, drawing can significantly improve memory. At least, the students criss-crossing during the experiments, geometric shapes and simple patterns (they at that time gave lectures), showed the best memorization of the narrated material.

According to several studies, the brain can influence the foods that contain natural antioxidants flavonoids. First of all we are talking about coffee and dark chocolate. So, in the experiment of Australian scientists, the participants who ate chocolate at least once a week, it is easier to cope with various tasks on memory and attention.

In the case of coffee flavonoids protect the brain from premature aging and clusters in the protein structures, which can lead to Alzheimer’s disease. And caffeine, in turn, improves memory.