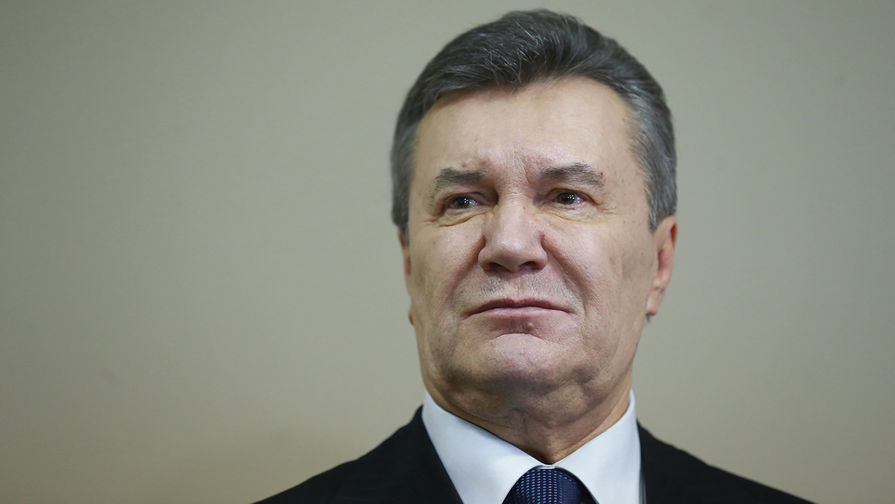 The ex-President of Ukraine Viktor Yanukovych appealed to Ukrainians on the sixth anniversary of the “euromaidan.” He noted that “Maidan” continues to divide the country and now, as his successor, Petro Poroshenko, together with his surroundings did everything to “warm up and deepen” the process. However, Yanukovych praised the new Ukrainian leader, noting that his actions “give hope to the world.”

The former President of Ukraine Viktor Yanukovych appealed to Ukrainians on the eve of the anniversary of “euromaidan” — the events that preceded the coup in Ukraine in February 2014. The text of the appeal issued by his lawyer Vitaly Serdyuk on his page in Facebook.

“Approaching the anniversary of the tragic events on the Maidan (Independence square in Kiev. — “Газета.Ru”) on 20 February 2014, Yanukovych started. — Mass murder in the center of Kiev became the culmination of the struggle for a “bright” future of Ukraine”.

If for some “the protests were a “revolution”, for most citizens, I’m sure Yanukovych, “they turned a terrible tragedy that opens a black page in the history of Ukraine.”

“The struggle for power at any cost became the goal for a bunch of criminals. The leaders of the coup started their bloody path to “independence” and, without hesitation, moved it to the Donbass. Tens of thousands of our citizens were killed in this confrontation. Millions of Ukrainians left their homes,” the statement says.

The ex-President of Ukraine paid attention that “Maidan” continues to divide the country and now — six years later. According to Yanukovych, his successor Petro Poroshenko and his entourage did everything to “warm up and deepen” the division of the country.

“The Ukrainians, who disagreed with the coup d’etat of 2014, were strangers in their own country. Radicals have appropriated a monopoly on the truth and impose on the society their version of modern history of Ukraine. Glorifying murderers and criminals, trials over dissent have become the norm,” — said Yanukovych.

The former President also expressed the opinion that “Poroshenko’s government, fueling this conflict, used it as a cover for corruption and looting”. When Poroshenko was destroyed the Ukrainian economy, Ukrainians are “plunged into poverty”, said Yanukovych. “People have lost faith in justice, rule of law, freedom of speech — the basic principles of democracy, which were the slogans of the “revolution,” he writes in his address to the people of Ukraine.

In continuation of the Yanukovych notes that the truth about the events of six years ago are not recognized in the West and do not give them a fair assessment. At the same time he expressed the opinion that it is impossible to fully reconcile within the country and to stabilize the political and economic situation.

Former politician noted that the first steps of the new Ukrainian President Vladimir Zelensky “give hope for peace, justice and stability in the country.”

In this regard, he gave some parting words of the current government. “Every day we need to remember and work on what was promised to the Ukrainian people. In this way we need allies, competent performers. The struggle for truth and justice will unite all more strong people, who really love Ukraine”, — Yanukovych wrote.

However, he promised that he would “do everything that the country did not miss that hope, that peace and stability has come to our land”.

21 Nov 2013 supporters of European integration has occupied the main Kiev square — Maidan Nezalezhnosti (Independence square). It happened right after Mykola Azarov’s government said it would suspend signing of the Association agreement with the EU.

Later the area became the epicenter of confrontation between security forces and radicals. Earlier the Internet-the edition “Strenia” he reported that has a list of law enforcers, injured during mass protests in Kiev in 2013-2014.

“At the disposal “of the Country” turned out to be a complete list of militiamen who were wounded or injured on the Maidan — with the date and reason. There are almost one thousand people”, — stated in the material edition.

In this document are 919 people. In the paper listed their names, year of births of the victims of the security forces, as well as place of service, position, time, and place of injury, name of hospital and date of hospitalization, diagnosis and state of health.

So, doctors have recorded about 140 gunshot wounds, most of them militiamen received February 20 on Instytutska street.

“In General, the list clearly shows that shoot the police began on February 18. But most of all bullet wounds were received on February 20. The police came in a variety of places — from face to groin and lower back. Just a list of 29 serious injuries and 245 average weight (not necessarily firearms)”, — notes the edition.

In the list no fatalities of security forces, which, according to various estimates, there were about 18-23 people. The case continues to be investigated, criminally liable while nobody is attracted.

Nevertheless, immediately after the coup d’etat new Ukrainian government (headed by Peter Poroshenko) put all the responsibility for the deaths of more than 100 people on the ex-President Viktor Yanukovych and interior Ministry special forces “Berkut”, which, in turn, denied any involvement in the murders.

After the coup, the special division “Berkut” was disbanded.

"Blatant robbery". A military expert on U.S. actions in Syria

“Blatant robbery”. A military expert on U.S. actions in Syria