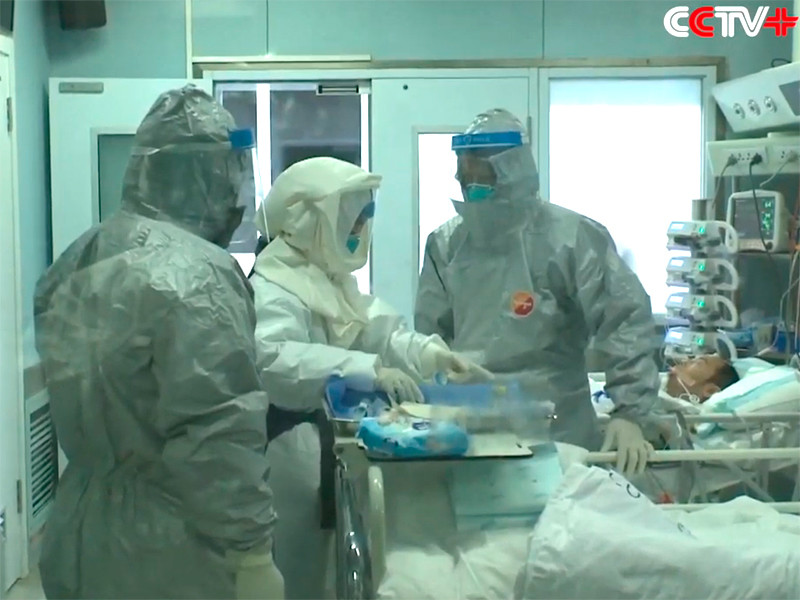 The national Commission of health in China has included the drug abidol in a preliminary plan for the treatment of coronavirus infection COVID-19. Information about this is available on the Agency’s website.

It should be taking 200 mg (for adults) 3 times a day. Amidala except for the experimental treatment recommended chloroquine (500 mg for adults, twice daily) and ribavirin in combination with interferon or lopinavir/ritonavir. At the same time recommended to take no more than three of these drugs. And duration of intake should not exceed 10 days. All these drugs are referred to in the sixth preliminary version of the national programme for diagnosis and treatment of coronavirus, which was published on the website of the National Commission of health of China on February 19.

For patients in critical condition, recommended extracorporeal blood purification (blood sampling in a patient with subsequent separation of plasma out of his body).

In addition, the Board of health of China recommends the use of methods of traditional Chinese medicine in the fight against coronavirus exclusively in combination with the methods of Western medicine.

In the previous, the fifth version of the national programme, which operated from February 5, mentioned interferon, ribavirin and lopinavir/ritonavir. While it was said that at the moment against coronavirus infection there are no medicines with proven efficacy. From the sixth version of this phrase was excluded.

According to the world health organization, there are as yet no drugs that have proved their effectiveness in the treatment of a new coronavirus infection. All medications that are included in national guidelines in different countries on the treatment COVID-19, can have some effect only in theory. The world health organization thinks it’s okay to use these drugs in such situations.

And in Russia on the background of infection COVID-19 as a means of coronavirus have started to promote the drug Arbidol (not recommended in China Abidal), which does not help in the fight against coronavirus. In the end, the manufacturer even complained to the Federal Antimonopoly service.

Medicinal efficacy of Arbidol and other immunomodulators has not been proven so far. “But thanks to the marketing of these drugs are well sold in Russia – it is just the case when medicine and business are strikes,” – said in an interview to “Fontanka”, the main clinical pharmacologist Petersburg, Alexander Hagedis.

And although in respect of Arbidol was conducted clinical studies, including solid clinical bases (Institute of influenza), it’s not enough to say that the drug is effective. According to Ajidica, management on sanitary inspection behind quality of foodstuff and medicines (FDA), Ministry of health, the United States refused to register Arbidol as a drug.

Arbidol – the trade name of the antiviral drug umifenovir developed in the USSR in 1970-ies. Its efficacy and safety have not been proved in studies conducted according to international standards of quality. Despite this, in Russia umifenovir included in the government list of essential drugs.

The release of Arbidol in Russia began in 1992, and since 2001, its manufacturer is CJSC “Masterlek”, which is six times raised the price on it as well as the start an active advertising campaign on television and among pharmacy staff. In 2005, the drug was added to the state minimum range pharmacies. In 2006, “Masterlek” was bought by company “Pharmstandard” and Arbidol became one of its main products. Already in 2006, the drug became the most sold in Russia, its sales increased by more than a hundred times since 2001.

According in 2008, Arbidol occupied the first place on sales volumes of all pharmaceutical products in Russia (2,326 billion, or 1.3% of the market). Sales of the drug in 2009 has sharply increased and amounted to 5.5 billion rubles. In the first half of 2010 it sold 35.5 million packs of Arbidol with a total value of 7.6 billion rubles.

Record sales of the drug provided, largely by Russian officials. In season swine flu pandemic of 2009-2010 state officers, in particular, Tatyana Golikova (head of the health Ministry), and Gennady Onishchenko (chief sanitary doctor of the Russian Federation), controlled the presence of the drug in pharmacies. Also, in several television reports have shown how Russian President Vladimir Putin was interested in the production capacities and the presence of Arbidol in pharmacies. In particular, in 2006, he visited one of the factories of “Pharmstandard” in the Kursk region and urged producers “to produce Arbidol enough for all Russians numbers,” wrote Esquire.

Earlier there were rumors that Tatiana Golikova affiliated with the company “Pharmstandard” and receives financial benefit from the sale of one of the widely advertised drugs that were actively advised to take during cold and flu. For this reason, the official was nicknamed Madame Arbidol.

In Russia producers of immunomodulators in clinical trials are not nested, but are spending huge sums on advertising campaigns and receive from the sales of billions in profits. The fact that on the European or American market they do not allow for lack of evidence of effectiveness, they do not care.

Cattle stranded on ship in Spain must be destroyed, say vets

Biden in the quagmire