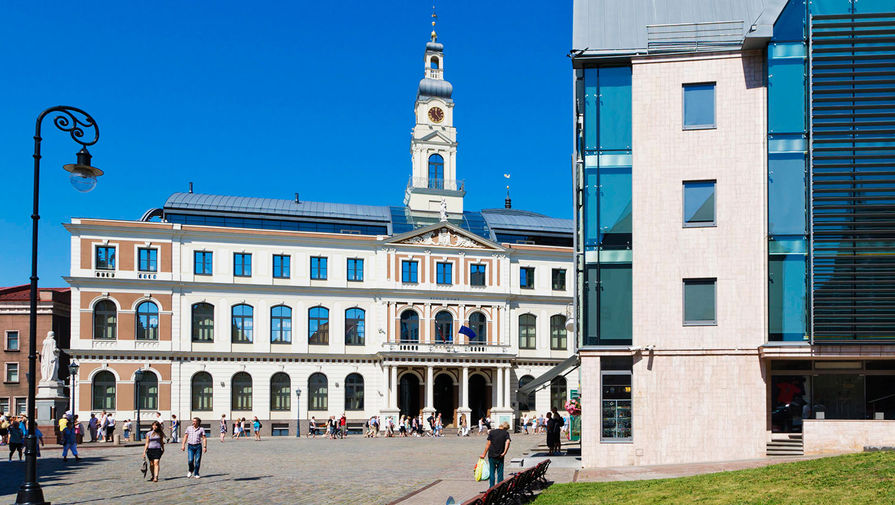 Elections to the city Duma scheduled for April 25. This time all political forces decided to make every effort to push back from the authorities “Consent”, representing the interests of Russian-speaking population. Despite this, the party remains high chances to get the highest number of votes. Thus with high probability, the following composition of the Duma “Consent” will take the place of the opposition.

April 25 will be a special election to the city Council. The Parliament of the Latvian capital was dissolved on the initiative of the Minister of environmental protection and regional development Juris puce. The official insisted that the Duma is not able to properly provide removal of debris.

On 19 December a bill on the dissolution of the Duma was adopted in the first reading. However, before the second reading there is another reason for holding early elections. The mayor of Riga Oleg Burov convened three meetings without a quorum, which is a good reason for the dissolution of Parliament. On 13 February, the document was adopted in the second reading, finally, on 24 February the President of Latvia Egils Levits signed the bill.

However, this development does not agree with the social democratic party “Consent”, representing the interests of Russian speakers in Latvia. This political force will challenge in the constitutional court the bill on the dissolution of the Riga city Council.

Established in 2010, the party for four of the last parliamentary elections received the highest number of votes. To vote in the Riga Duma, the party goes under the General list of “Honor to serve Riga” (CHSR) and that the high turnout for Russian-speaking people allows her to gain a majority of votes.

In 2013, the mayor of the capital of Latvia, was elected one of the leaders of the “Consent” Ushakov is a very popular politician. However, in 2018 he was at the center of several corruption scandals. In April 2019, the Ushakov was dismissed, and the decree was signed by Juris puce, who now initiated the dissolution of the Riga city Council.

Your post Ushakov was transferred to the Vice-mayor and member of the CHSR Oleg burovu. However, with the new mayor’s “Consent” did not work, which resulted in a confrontation inside the coalition. Yesterday’s allies — the “Consent” and “Honor to serve Riga” — became opponents in the struggle for power. Apparently, collecting Duma meeting without a quorum, the Boers were trying to make grounds for the dissolution of Parliament on tight, hoping that the new composition of its party will be able to consolidate its position by getting rid of cooperation with “Consent”. In these elections, the CDA will participate separately from their partners.

The crisis in the capital authorities intend to use the nationalists, who have long waited for the moment to remove “Consent” from the authorities.

The leader of the National Association “All for Latvia!” — “For Fatherland and freedom/LNNK” ‘ – dzintras urged to unite Latvian party to push the “Consent” of the government.

“This will be a single list or cooperation in the election process, so as not to waste energy on competition with each other, and to mobilize for a common goal is a debated issue,” — said the politician.

As a result, the Association has created a single list with the Latvian Association of regions. Also during the Congress of 2018, the first organization has announced that it plans “the joint forces to retake Riga”.

Under a common list for the elections decided to go and liberal “Development/In!” and “Progressive”. Moreover, they expect to join the national-conservatives. So during the race you can expect the cooperation between these two camps. But both political forces have already announced that will never become allies of “Consent”.

Indeed, it is now other parties had the best chance to push back from the authorities “Consent”, which is experiencing hard times — the party has lost a strong head of the Nile Ushakov, which went to the European Parliament and allies in the face CDA.

The new leader of the list and the candidate in mayors from the party was Konstantin Chekushin, a supporter of school education in the Russian language. Party, well knowing the electorate, decided to bet only on the Russian-speaking population. To compete for their voters “Agree” have with the Russian Union of Latvia and “Alternative”, however, these parties are traditionally in the shadow of it. According to the latest poll by the SKDS Agency, both forces do not overcome the five percent barrier.

But “Consent” is leading with 29%. In second place “Development/In!” and “Progressive” (16.3 per cent). The third line is the National Association (of 12.8%). “Honour to serve Riga” have received only 8%, apparently, the loss of the Russian-speaking electorate will affect the positions of the party.

The problem, however, is that if “Consent” will receive the greatest number of votes, it is unlikely to find coalition partners. Probably in the next Duma, the party will take place in the opposition.