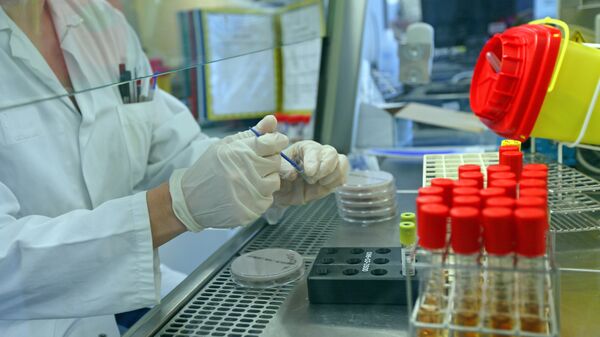 A 61-year-old American doctors have identified a unique syndrome fermentation of the bladder. Because of this pathology in the body of the pensioner was constantly produced alcohol, which came out with the urine. The description given in the journal Annals of Internal Medicine.

A resident of Pittsburgh, who suffers from cirrhosis, was on the waiting list for a liver transplant Presbyterian hospital Medical center at the local University. Such patients absolutely contraindicated drinking alcohol, however, doctors suspected the woman alcohol dependence as urine tests for alcohol every time showed a positive result.

Elderly American had to prove to the doctors that she does not drink alcohol, as long as they have not carried out a detailed study and did not reveal the true cause.

The first thing that alarmed scientists, is that the results of the blood ethanol and urine — acylglucuronide and etilsulfate, which are metabolites of ethanol, were negative, whereas the results of urine tests for ethanol were positive. In addition, the patient had no signs of alcohol intoxication.

Another oddity was the presence in urine of large amounts of glucose is a condition called hyperglycaemia — combined with abundant formations of budding yeast that was identified as Candida glabrata — natural analogues of brewer’s yeast, usually not found in such abundance in the human body. These results have led physicians to a solution.

For the first time in the history of modern medicine, scientists are faced with the pathology of the bladder, provoked by a yeast Candida glabrata, which, converting the sugar entering the body produce ethanol.

May have been a coincidence of two factors: the presence of fungi in the urinary bladder and the constant presence of large amounts of sugar in the body of the patient, for a long time suffering from diabetes.

“Candida glabrata is a fungus, which resembles that of Saccharomyces cerevisiae, known among the townsfolk as brewer’s yeast. We are faced with a unique situation, when the yeast, producing ethyl alcohol, settled in the bladder of the patient and led to the development of alcoholic liver cirrhosis” — explain the authors of the study.

The doctors prescribed the patient antifungal treatment, which, however, was not successful, possibly due to poorly controlled diabetes of the patient.

During the study, the authors analyzed the publications associated with the production of ethanol in urine, and found a message describing a similar case, unfortunately, revealed posthumously.

Scientists believe that perhaps the cases were more, but the symptoms were not recognized because of the unusual and previously unknown nature of the pathology.

“The experience that we describe demonstrates how easy it is to miss the signals that can be auto-brewery syndrome in the urinary system,” the authors note.