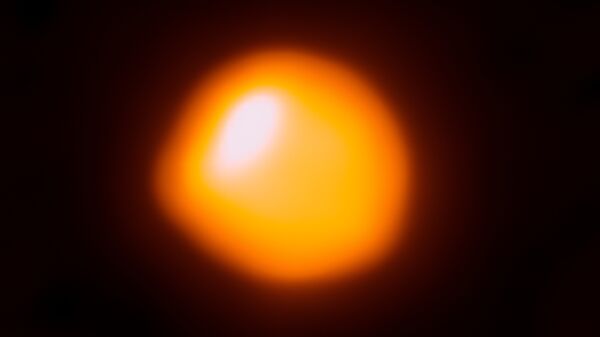 Scientists don’t know whether to explode in the near future Betelgeuse, which recently recorded a record drop in brightness, but if it happens, the explosion will be known a week before the currently observed events in a large neutrino emissions.

This was told by an astrophysicist, researcher at the Institute of astronomy of the RAS Nikolai Samus and astronomer, senior researcher of the State astronomical Institute. Sternberg Vladimir Surdin, speaking at the launch in Moscow planetarium book by the American astrophysicist Neil Degrasse Tyson “At the service of war.”

Betelgeuse – a star in the constellation Orion. It is a red giant, the luminosity of which 80-105 thousand times higher than that of the Sun. This is one of the largest known to astronomers stars. If it is located instead of the Sun, the edge of the stars took to the orbit of Mars or Jupiter. The mass of Betelgeuse in 17 times more than solar. The last time the star was observed a record fall of brightness. The distance to it, according to various estimates, is approximately 613 to 880 light-years.

“I’m the editor of the catalogue of variable stars. Betelgeuse is known to variable star. And she says that was a stellar magnitude in the minimum of 1.3. It is this record cool beat. She went down to 1.6-1.7. The star had fallen very deeply, slowly, fell and now this comes out, comes out very confident. Now it is 1,2 played back. Curve very convincing. But whether this unprecedented low of Betelgeuse is associated with some explosive activity, no one knows, no one will tell you, neither I nor “Wikipedia,” said Samus.

In turn, Surdin said that in case of explosion the star will send, including towards the Earth, a large number of different particles and rays. “It’s safe here on the surface of the Earth, but very dangerous to satellites and astronauts,” he said.

A week before the explosion, scientists will already know about it, because the star will throw a large number of neutrinos. They will detect neutrino detectors in the USA and Japan. “They were just going through the roof,” said Surdin.

“So during the week we anticipate. But it will be in the next 10 thousand years,” he said.