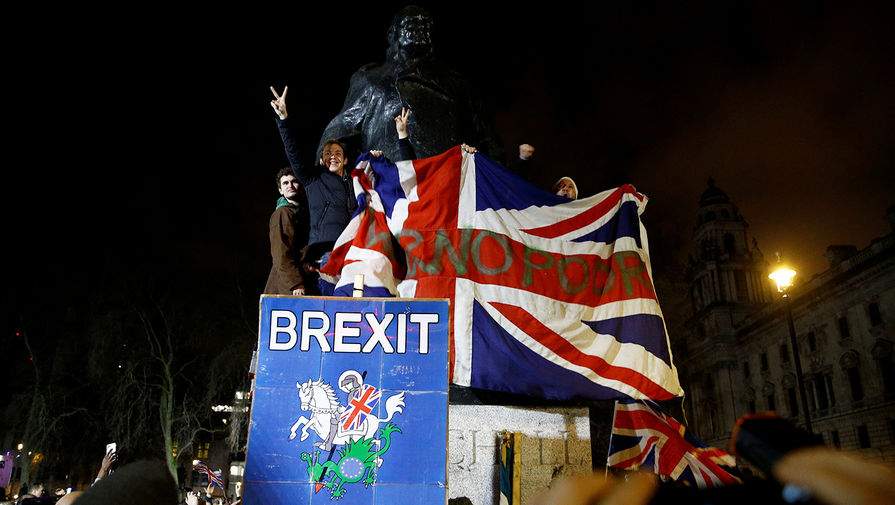 In Brussels today, the negotiations begin between Britain and the European Union on the conditions of further coexistence of the parties. Boris Johnson hopes that by the end of the transition period he will be able to conclude a free trade agreement. In the EU, however, believe that the ten months to solve all issues is not enough. Thus now there has been serious controversy on which the parties intend to stand to the end.

March 2, a month after Brexit, will start negotiations on the conditions of coexistence of the UK and EU. Both sides have had time to unwind from a hard three years of discussions the Brexit, but now London and Brussels to engage in a new round of talks, which is likely to be easier.

Boris Johnson promised to sign an agreement with EU to the end of the transitional period — December 31, 2020, and he has said that he is not ready to extend the period. From Europe already made a statement that one year is not enough to discuss all aspects of the relationship.

With the term end of the transition period was defined in the early stages of negotiating the terms Brexit, when it was planned that London will leave the Commonwealth on March 29, 2019. That is, the parties then allocated to this process for 21 months. But since Brexit took place only on January 31 this year, a transition period has been cut in half, and for Boris Johnson it was not an argument in favor of renewal.

Last year the British Prime Minister also promised that without any further delays Brexit and the country will leave the Commonwealth with a deal or without. The European Union was convinced that Johnson is bluffing — “hard” Brexit has been too disadvantageous to both sides.

Now history is repeating itself — the British Prime Minister insists that he is ready to make and less profitable transaction, if the parties cannot come to an agreement, but would not extend the transition period. Contradictions also, as it turned out before the start of the negotiations, there are many.

The division of property

Tonight in Brussels comes a group of a hundred British civil servants and advisers. The delegation is headed by David frost, chief negotiator from the UK. The European Union is Michel Barnier. Both delegations will be divided into ten working groups, each of which will do their direction. Negotiations will be conducted every two or three weeks.

The initial positions of both sides, which begins with the round of discussion, is already known.

London tries to achieve maximum separation from the EU by creating new relationships such as those built between Brussels and other countries that are not members of the Commonwealth.

In late February the British government published a 30-page document that outlines the country’s priorities in the negotiations with the EU about the future of the partnership. So, London reports that the United Kingdom will not go to any agreements, “in which the UK does not control its own laws and political life.” That is, the government expects that the legislation will operate in the UK.

London expects to get rid of the influence of the European court, which now has the last word. The United Kingdom insists that the whole point of Brexit was to return the country’s sovereignty, which is not complete, if Britain would abide by the decision of the European court.

Moreover, London is going to conclude a separate agreement on fisheries, to reflect the fact that “the UK will become independent by the coastal state at the end of 2020.” Here, by the way, it is worth noting that the United Kingdom looks forward to the introduction of fishing quotas in order to be able to limit access for European fishermen — such agreements on quotas the European Union has concluded with Iceland and Norway. However, Brussels would like to have access to UK waters.

If the EU did not plan to make a separate deal for fisheries. The EU in General expects that the talks will be one comprehensive agreement that would cover all aspects of the future coexistence of the parties. But London apparently will insist on different deals in different areas, including fisheries, aviation, energy and, of course, migration.

It is worth noting that negotiations between the EU and the UK will be conducted on the background of a looming migration crisis — just days before the start of the discussions the Turkish government took the decision to open Syrian refugees passage to European countries.

For Boris Johnson, the chief ideologist of euroscepticism, which used the previous crisis as the argument for the country’s withdrawal from the European Union, Ankara’s decision will be another proof of his innocence in the struggle for Brexit.

However, some agreement on migration, fisheries, and other aspects should be only a Supplement to the basic agreement with the EU, sure London.

Boris Johnson wants to sign with the Brussels deal on free trade, similar to the one that the EU has with Canada. The United Kingdom wants to agree on a common plan deals with the EU in the next four months and to complete it by September. However, the expectations of the British government call the experts skepticism.

“The agreement with Canada, the EU prepared almost seven years. Britain, in fact, wants to do the same document in only 11 months, even less,”

— said in a conversation with “Газетой.Ru” associate Professor of the Department of European law of MGIMO Nikolay Topornin.

“The UK is not Canada”

However, the start of negotiations and existing contradictions between the parties provided any hope for the rapid conclusion of the case. Michel Barnier has said that Brussels is ready to grant Britain access to the European market with a capacity of 450 million people. However, London must agree to comply with the EU rules and to adhere to the same standards. This question, apparently, will become a stumbling block in the negotiations. Brussels fears that Britain, which, as a former member of the EU, is well-versed in the European market, following your trading rules and standards, can undermine competition in the market, bribing, for example, lower prices.

If Brussels to stand on his own, then London will have to forget about the agreement such as the EU deals with Canada.

“The UK says he wants Canada. But the problem is that the UK is not Canada,” said Barnier, speaking in the European Parliament on February 26.

Brussels draws attention to the difference in spatial position between the UK and Canada and a much larger volume of trade with the EU. In London, however, his opinion on this matter.

“Geography is not a reason to undermine democracy. We won’t agree on the rules of the EU conditions the EU is governed by EU law and EU institutions,” said Minister for Brexit Michael Gove, speaking before the deputies of the house of Commons.

The Prime Minister of great Britain in early February, assured its European partners that London intends to adhere to the highest standards in the field of competition, subsidies, social protection and environment.

“There is no need to the free trade agreement meant a recognition of the rules of EU policy in the field of competition, subsidies, social protection, environment or any such thing,’ said Johnson. — UK will maintain the high standards in these areas — in many ways better than EU standards — no mandatory inclusion in the contract”.

Then Johnson and hinted that, if Brussels will not agree to its terms, London is ready for another format of relations, less profitable.

“The choice is not strictly between deal and no deal. The question is whether we agree to trade relations with the EU, comparable with Canada or with Australia,” he said.

In a paper published by the UK government, it is reported that in case the parties cannot come to an agreement on free trade, Britain proposes to build future relations based on the rules of the world trade organization.

In Europe, believe that Boris Johnson is bluffing. The British Prime Minister for his term was repeatedly given promises that were mainly about Brexit.

For example, he repeatedly promised that will not allow the establishment of the border in the Irish sea between Northern Ireland and Ireland. But this scenario was enshrined in the agreement on the withdrawal of Britain from the EU.

This time Johnson, in fact, expresses its readiness to option, which causes confusion among most British and European observers. Trade under WTO rules implies the full restoration of the borders that will lead to huge delays of transport at the border.

Even if the checks will be held for a few minutes, the ports are formed many kilometers of traffic jams that can stretch all the way to London.

In addition, the rules and tariffs of the WTO apply only to goods and disregard important for the UK services market. Also we must not forget that, if London is to cut deals with the 27 EU members based on the rules of the world trade organization, Brussels will be able to set import duties on goods of United Kingdom.

The EU does not believe that Johnson is ready to go for it, just to get rid of the EU regulations and not to prolong the transition period. At least, it can threaten his political career — the consequences of this option, the British don’t like.

In addition, do not forget that in this round of negotiations, the EU takes a very different position — we are not talking about a “divorce” of Brussels and London, and on the conditions of coexistence of the UK and 27 member countries of the EU, each with their own requirements and interests.

“It is necessary that all countries have approved the agreement. If even one country is against it, then nothing happens, have to re-peredogovarivatsya. The EU seems to me to be a more complex situation. They will have to take into account the interests of different countries, including small and small countries have questions to Johnson – there are approximately 3 million immigrants from Eastern Europe, the Baltics, Poland, Romania, Bulgaria, and they are very concerned about the legal status of these people. I think that in this matter they will occupy a very strong position,” — said Mykola Topornin.

However, the determination of the Prime Minister, too, should not be underestimated. The situation is still different from the previous round of negotiations, when the opponents of Johnson in the house of Commons could forbid him “hard” Brexit. Now the Prime Minister has a solid majority, allowing it to feel far more confident in the British Parliament, and the negotiations with Brussels.