The most powerful ejection of matter in the Universe since the Big Bang was recorded by the specialists of the International centre for radio astronomy research located in Australia. This was reported recently in The Astrophysical Journal. 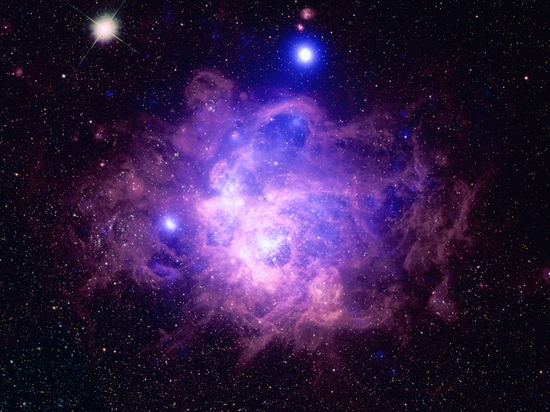 The energy emission occurred near the supermassive black hole at the center of a massive cluster of galaxies located towards the constellation of Ophiuchus at a distance of 390 million light-years from Earth.

The discovery was made using multiple telescopes. The first outbreak was recorded x-ray Observatory of NASA “Chandra”, and then joined the data obtained with the help of the Indian Giant Metrewave radio telescope and orbiting x-ray telescope XMM-Newton the European space Agency.

The emission energy is fixed in the radio, turned out to be five times higher than the previous record set by the galaxy cluster MS 0735.6+7421 in the constellation of the Giraffe, a distance of about 2.6 billion light years from the milky Way. The emitted radio power of the emission corresponded to the explosion of 600 million of our Suns. 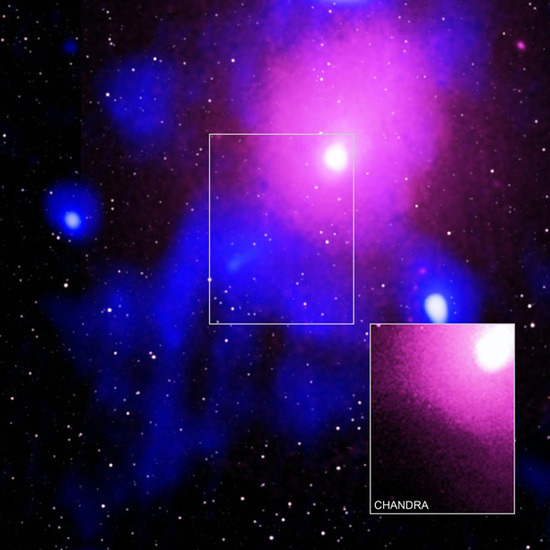 — Clusters of galaxies — the most massive isolated objects in the Universe, explains chief scientific officer of Astro space center FIAN Pavel Ivanov. — Their size can exceed one million parsecs (recall that one parsec is approximately equal to three light years and one light year is 9 trillion kilometers). In the cluster can be more than a thousand galaxies. As a rule, in the center there is the most massive, which is a supermassive black hole.

Such objects can produce a very powerful jet ejections (jets), who can spread their energy over a distance of millions of parsecs.

The essence of the jet explained “MK” leading researcher of the Special astrophysical Observatory, doctor of physical and mathematical Sciences Oleg Verkhodanov:

— When the black hole destroys and absorbs the nearby space objects, not all the gas released from this process passes through the event horizon (the boundary around a black hole, which may be called the sphere of no return for matter and light. — Ed.). Part of the gas ejected in two jets perpendicular to the plane of rotation of the accretion disk (gas ring around a black hole). These jets transfer energy over very long distances and encountering on the road to a more dense medium, form something resembling spherical bubbles actively emitting in the radio band of the electromagnetic spectrum.

Recent observations of an international group of scientists just allowed to describe a similar bubble in the direction of the constellation Ophiuchus. It is several years studied in the x-ray range, striking the imagination of researchers.

— Energy that was to form the bubble (the approximate radius of this area amounted to 200 thousand parsec) was very large, explains Verkhodanov, but you have to understand that it came not instantly, but over millions of years. Maybe this event can be considered the largest after the Big Bang, but where is the guarantee that elsewhere in the Universe (which has not yet reached the “eyes” of our telescopes) is not the events took place more meaningful. In any case, the object is very far from us (red shift is 0.028, which means that light came to us approximately 450 million years), and the event that had just appeared in front of us — bloated gas bubble — in fact, evolved approximately 240 million years ago. It is clear that to affect our life this phenomenon can not.

“It’s a bit like archeology,” leads EurekAlert words of Professor Johnston of Hollett, Director of the Murchison Widefield Array (low frequency radio telescope, located in Western Australia). She compared the opening with the discovery of the first dinosaur bones. “We were given new tools, low-frequency radio telescopes to “dig deeper”, so we should be able to find more bombings,” she said.