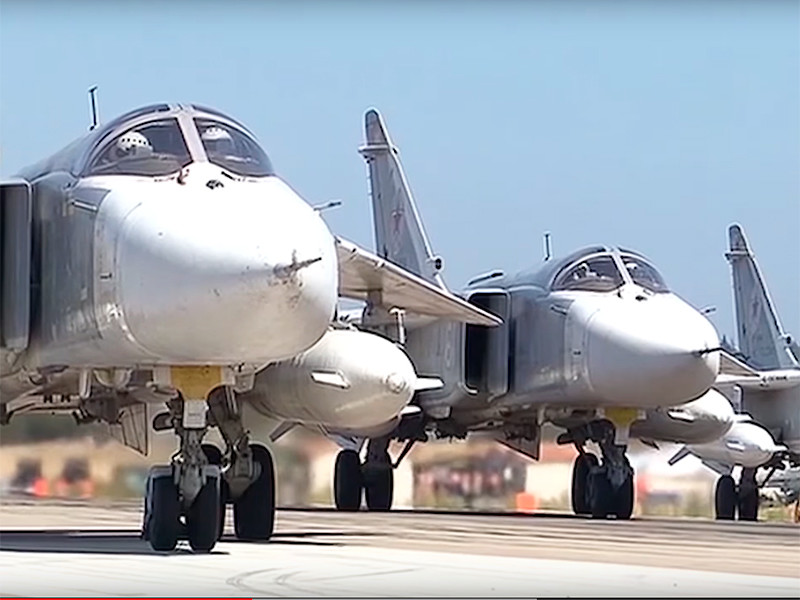 The UN Commission on Syria came to the conclusion that Air and space forces of Russia are doing indiscriminate attacks on the settlements in the Syrian province of Idlib, which is a war crime. It is reported by the Turkish news Agency Anadolu.

The report of the UN Commission argues that the attacks of the Russian and Syrian military are exposed to hospitals, and places where civilians. As a result, in Idlib province civil liberties are at stake, including children who reside in areas under the control “of the Democratic forces of Syria.” The report will be presented to the Council on human rights until March 10.

A document with 23 pages, covers the period from July 2019 to January 2020. It is based on 233 interviews, which were conducted in the neighboring countries of Syria and in Geneva, as well as photo and video, information of the government and the UN.

According to experts, “all warring parties continue to ignore or deny the vulnerable population protection, including a guarantee of unhindered humanitarian assistance”. As a result of attacks of the opposing forces were killed and wounded “dozens of women, men and children.” In Idlib province from may to January, the number of internally displaced persons has reached 700 thousand.

In the report, in particular, provides information about taken on 22 July and 16 August the air attacks led to casualties among the civilian population. As stated, “the Commission has reason to believe that Russian aircraft were involved in each of these incidents.” Pro-government forces experts have accused the air strikes on the hospital and the hospital of 4-6 November, which, according to them, constitutes a “war crime”.

It is also noted that the population in Idlib suffering from the actions of militants of the terrorist group “Hayat Tahrir al-sham”*. According to the report, this and other groups responsible for the deaths and wounding of dozens of civilians. evidence of continued recruiting fighters to participate in combat.

The Board recommended that the international community and States for operations in Syria to take precautions “to minimize damage to the civilian population”. In addition, it is proposed to conduct “independent, impartial and credible investigation of incidents” involving the armed forces of any country, and to bring the perpetrators to justice. The call for investigation and punishment of perpetrators is also addressed to the Pro-government forces and non-state actors.

Earlier the UN security Council urged Russia to immediately end the military operation in Syria. This was stated by U.S. permanent representative to the UN, Kelly Kraft and representatives of EU countries at an emergency meeting. “We urge the Russian Federation to immediately stop the departure of its combat aircraft,” said Kraft. The EU stressed that the need to ensure “unhindered humanitarian access” to the affected regions of the country.

The situation in the Syrian Idlib escalated until the threat of military clashes between Russia and Turkey after the February 27, opposition armed groups launched a counter-offensive in Idlib, attacking the positions of Syrian government forces. Support them from the air had not only the Syrian and Russian aircraft.

As a result of air strikes killed 34 soldiers of the Turkish army, and injuring more than 30 people. In Ankara, said that the dead soldiers were at the observation post. However, the defense Ministry assured that the Turkish military were in combat formations of the advancing divisions of the terrorist organization “Hayat Tahrir al-sham”*. The defense Ministry also assured that the aircraft HQs in the area was not used.

On Monday, President Recep Tayyip Erdogan said that his country has no problems with Russia and Iran on Syria. “I appeal to Russia and Iran. We in Syria are with you no problem, we are not aimed at Russia or Iran. We don’t need oil and the lands of Syria. We are fighting for our national security. It is we, not Russia, not Iran and not other countries adopt the 3.7 million refugees. We can’t carry the load,” – said Erdogan, speaking in Ankara.

5 March in Moscow will pass negotiations of the President of the Russian Federation Vladimir Putin and the head of Turkey Recep Tayyip Erdogan, which will be discussed including the situation in Syria. “This is certainly not an easy meeting, but the heads of state reaffirm its commitment to the settlement of the situation in Idlib and its commitment to the Sochi agreements. This is important,” – said the press Secretary of the President Dmitry Peskov.