They say that in Russia bears walk around on the streets, and still drink vodka and play the balalaika. Stepan is living proof that at least one stereotype, because this bear was a pet for one family from Russia.

18-year-old bear is an integral part of the everyday life of a family of Yuri and Svetlana Panteleenko. He even has his own blog. The trainers decided to give him a bear when he was only three months old, nursed him and raised him as a universal favorite. Scroll on to find out some new details from the life of Stepan. 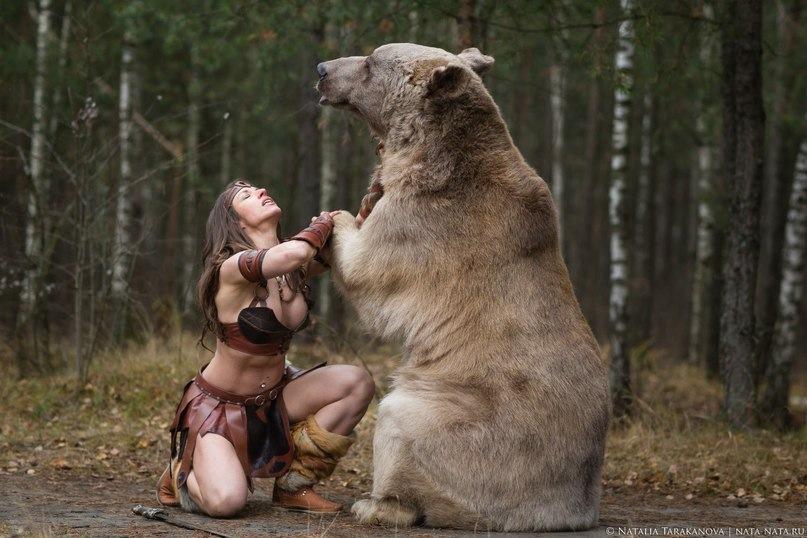 Earlier we have already told the story of the life of Stephen, He strayed from his mother, fell into the hands of hunters, was on the verge of death. Happened to notice on the market Svetlana and Yury Panteleenko, and then decided to bring the beast as a manual. 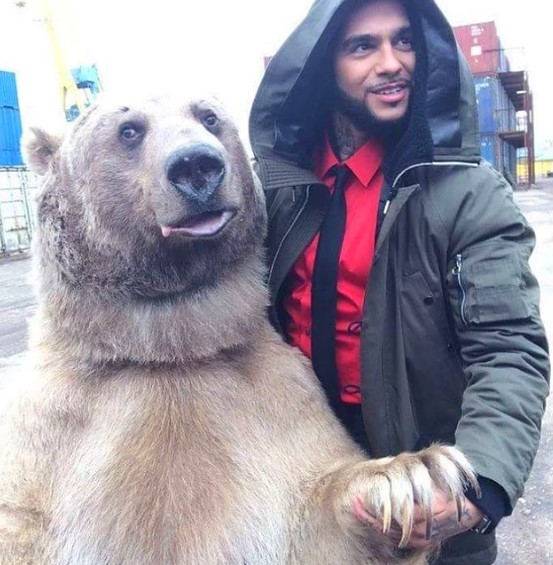 Photo – Stepan together with the famous Russian rapper Timati. 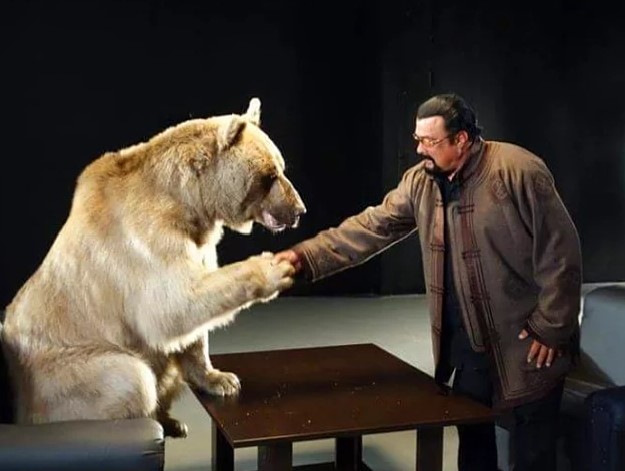 Steve even met with the foreign an action star is Steven Seagal. 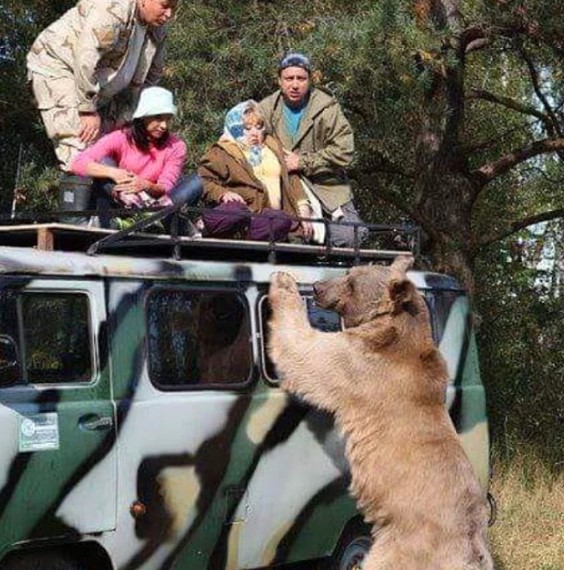 He also took part in filming one of the episodes of the television series “Voronin”. In the story, the bear came to the family of Voronin when they came for mushrooms and fishing. Despite the menacing look, Stepan is a very docile and affectionate. 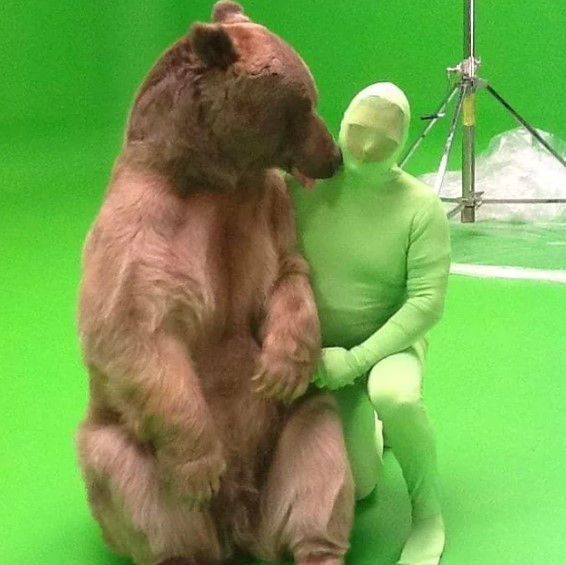 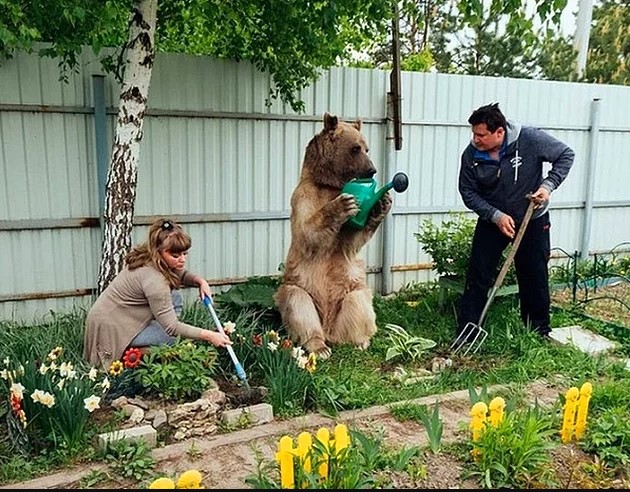 The pet has become a real helper for the family. He constantly takes part in cleaning, planting and harvesting. 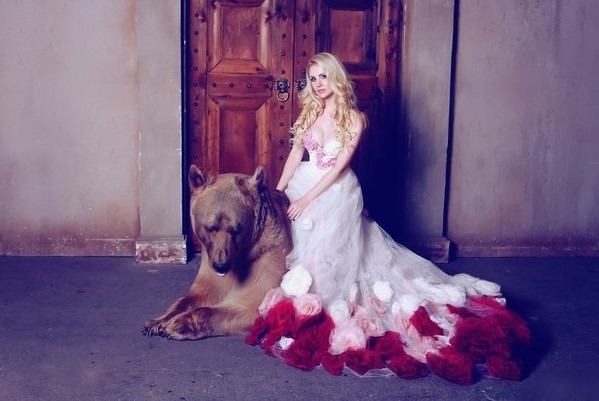 Stepan with a huge appetite eats your cereal. He is a real cutie and willingly posing for photos. 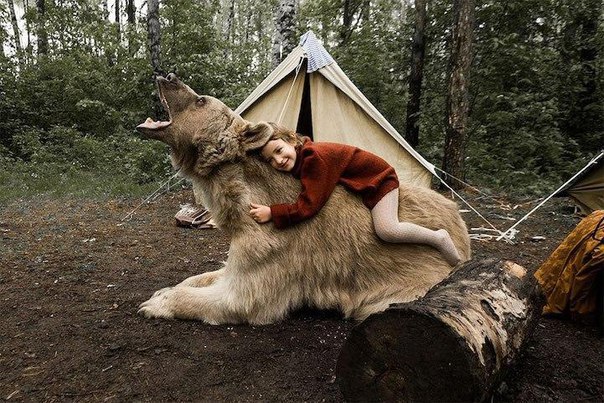 Stepan is a star in professional photo shoots. The bear became so tame, that it is not afraid to play even girls and kids. It is easy to contact and loves sweets. 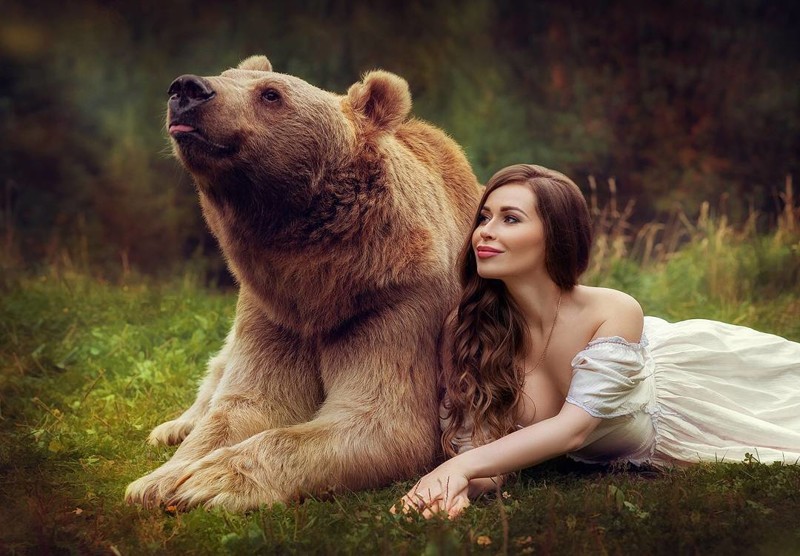 In total, bear participated in ten different projects. So, for example, on account of his episodic, but still significant, role in the movie “Christmas Tree – 4”. 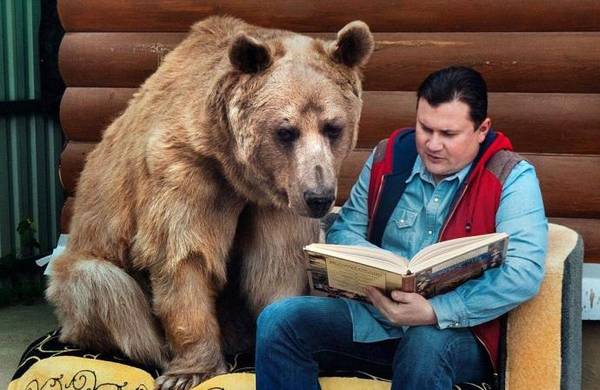 Stephen is a very intelligent, kind and docile animal. When the couple takes him for a walk, the bear collects dozens of admiring glances. However, the 300-pound bear is not a home kitty, a wild and unpredictable animal. 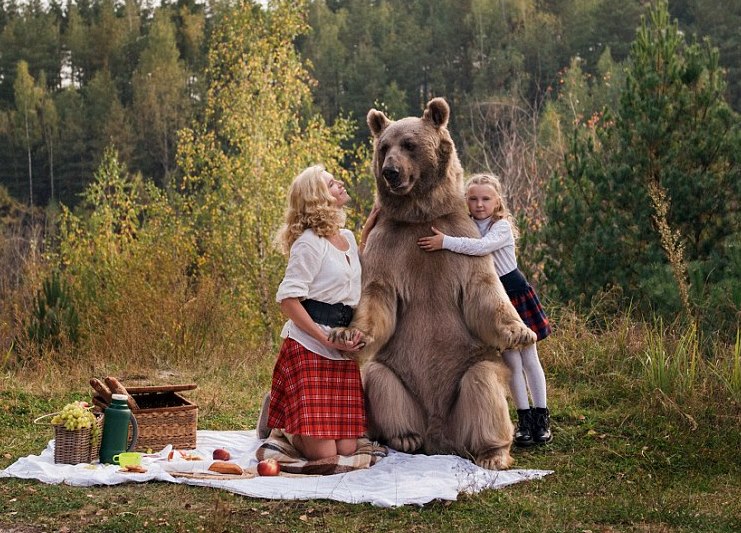