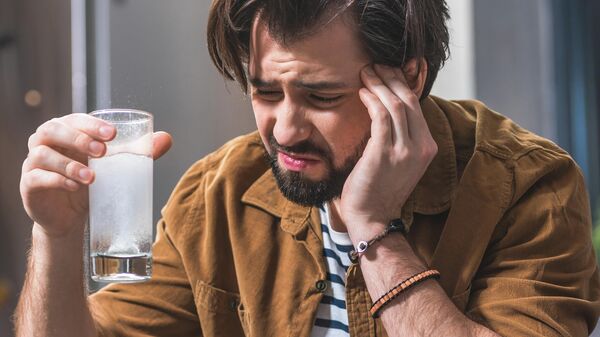 Alfia Enikeeva. In elderly Americans many years in the bladder were synthesized alcohol. Drunk she felt, but all ended up with cirrhosis of the liver and needed a transplant. Previously documented cases of formation of alcohol in the stomachs of patients who for several years was not sober. RIA Novosti understands why the human body produces ethanol and can I get rid of this internal brewery.

In 2019 61-year-old woman suffering from diabetes and cirrhosis of the liver transplant a new organ. But when examined in the Presbyterian hospital, Medical center of the University of Pittsburgh (USA) in her urine samples found traces of ethanol. The doctors suspected the patient had alcohol dependence, and decided to deny her transplant.

However, additional analyses revealed a strange discrepancy: in the urine of ethanol was present, but its metabolites acylglucuronide and ethylsulfate in the blood was not. It was confirmed by the assurances of the pensioner that she has many years doesn’t touch alcohol. In addition, her urine they found high amounts of glucose and yeast Candida glabrata.

The latter are considered the natural analogue of brewer’s yeast. So, they could process available in the body sugar alcohol, suggested the doctors. The more that has previously documented a similar case, but then increased ethanol content in the urine was found already deceased patient. She also suffered from diabetes.

Experts came to the conclusion that Candida glabrata settled in the bladder of elderly American women, which led to the development of alcoholic cirrhosis. However, treatment with antifungal drugs the special effects are not brought. However, to transplant a new liver, the patient is now able to count.

To synthesize the ethyl alcohol in the human body capable of not only Candida glabrata. Scientists distinguish dozens of microorganisms, which under certain conditions begin to stimulate the production of alcohol directly in the internal organs. This most often occurs in the intestine, and the main culprits become the fungi Saccharomyces cerevisiae and Lactobacillus fermentum and Weissella confusa.

They form when too much of ethanol, one develops so-called syndrome avtobrozheniya. He is accompanied by dizziness, nausea, dry mouth and other symptoms typical of intoxication. In addition, these patients present in the blood ethyl alcohol. Therefore, for many years they are considered drunken alcoholics not trying to cure correctly. 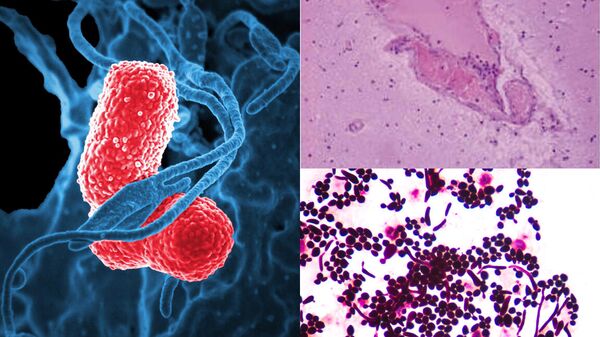 This happened with the 46-year-old American, who after eating always was very drunk, although the alcohol did not touch. Once he was even arrested for drunk driving. Trying to prove his innocence, the man went to the doctors. Those, in turn, found in his blood not only increased the alcohol content, but also a huge number of Saccharomyces cerevisiae — beer yeast. The mushrooms were processed into ethanol carbohydrates entering the stomach of the patient with food. From there, ethanol penetrated into the blood, and that was enough to make a man drunk.

The patient was prescribed a course of antifungals and probiotics, and after six months he recovered. Scientists believe that “syndrome avtobrozheniya” came to him after taking antibiotics.

Similar symptoms and elevated levels of yeast in the body were detected at the two Americans. The first was an older man nearly a decade tormented by strange bouts of intoxication. The doctors agreed to examine him only after 24 hours of observation, during which I was convinced that he really did not drink anything intoxicating. Properly chosen anti-fungal therapy helped him return to normal life.

The second case is a 25-year-old patient with the same perennial problems. Wife sent him to the doctors, just making sure that my husband does not drink alcohol secretly. The poor man also helped the antifungal drugs. But to avoid relapses, he now all life must adhere to a special low-carb diet.

But the 27-year-old Chinese man, also suffering from a “syndrome avtobrozheniya”, antifungal treatment did not help. The researchers found, in his body for the synthesis of alcohol, most likely, answered the intestinal bacterium Klebsiella pneumoniae. The concentration of these microorganisms in his stomach was almost nine times higher than normal.

As a result, in his blood after a sweet non-alcoholic beverages recorded the highest level of ethanol, characteristic of people in a condition of strong intoxication. In addition, the liver men contained fat and was inflamed as a chronic alcoholic. To end the permanent intoxication, the patient had to drink antibiotics and abandon sweet drinks, which he loved so much.