The seventh-largest cryptocurrency litecoin (LTC) traded today in the green zone, but the increase of its value is still small.

In the last 24 hours coin have increased in price slightly over per cent and is now trading at $62,67 on the crypto currency exchange Bitstamp.

Capitalization of litecoin is $4,038 billion.

The first half of 2019 has been very successful for Aldona. Before cutting rewards miners in August (halving) rate of LTC by mid-summer had jumped to $142 on some commercial sites, and then began the weakening of the currency. 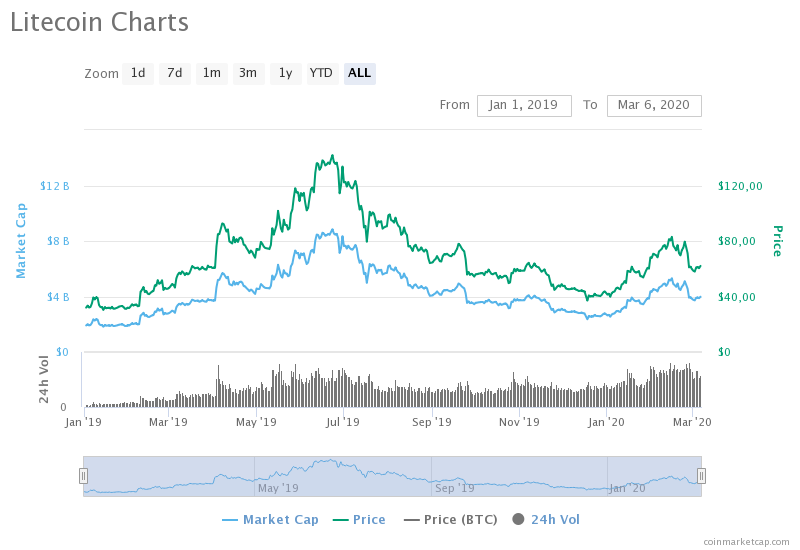 In mid-February of this year, there was another surge of activity of network users of litecoin, and the underlying asset rose to $82. In early March there was a fall to $56. Below this level the coins are not rolled and secured with the support that allowed her to return to values above $60.

According to the trader Benjamin Blunts, LTC has bottomed out, so future coin drop is unlikely. The correction is almost over, and now we will have to wait for a new growth phase Aldona.

A break above $69 will see new highs, but the analyst refused to elaborate on his prediction, limiting it only to mark a change of trend.