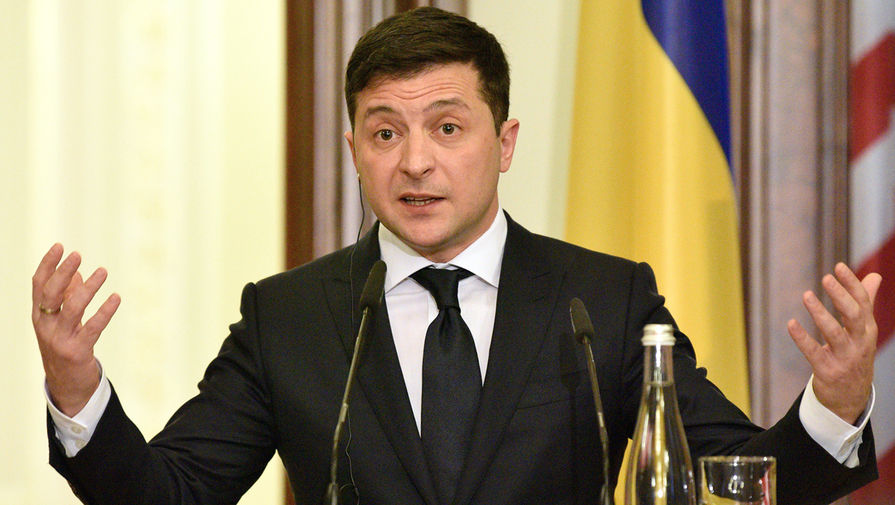 Vladimir Zelensky looks forward to a new summit in the Normandy format in April and another exchange of prisoners with DND and LNR in March. According to the President of Ukraine, serious work in these areas. However, so far Kiev has not fulfilled all the agreements of the last meeting, “Norman Quartet” and this is the main condition for new talks.

The President of Ukraine Vladimir Zelensky expressed hope for a new meeting of “Norman Quartet” in April, as well as the exchange of prisoners with the self-proclaimed republics of Donbass in March.

Kiev is a serious work on this direction in anticipation of a new meeting of the contact group on conflict settlement in the South-East of Ukraine in Minsk on 11 March, the President said during the visit to Poltava region.

On a new stage of transfer of prisoners in March, the President of Ukraine says not for the first time. This is also confirmed in his office, plans to exchange “all for all”. According to Kiev, on the territory of DND and LNR held for more than 200 Ukrainians.

By the way, in the breakaway republics are skeptical of the official statements of the Ukrainian side. As said the DND Ombudsman Daria Morozova, Kiev prevents the coordination of exchange — Ukraine has not confirmed a single person from the list. So negotiations on this issue are moving is not too active.

While the new exchange of prisoners in March and do not believe in Ukraine. Thus, the head of political Council of party “Oppositional platform For life” Viktor Medvedchuk called the promises of the Ukrainian authorities “PR campaign”.

“The new government has learned that positive dividends only bring certain results that are associated with the liberation of our people… talk about the exchange — it’s a PR campaign out of desperation. From the despair in it? In the implementation of the Minsk agreements. Not going Zelensky and his team engage in peaceful settlement”, — said the politician.

However, exchanges of prisoners, perhaps one of the few things that actively engage the Ukrainian authorities. In the past year has seen two major transmission with Moscow and the republics of Donbass. The first took place on a formula “35 by 35”, and the second “124 by 76”. The exchange of Kiev with DNR and LNR was held for the first time in two years.

Agreement on a new stage of transfer of prisoners was signed in the framework of the first three years of the summit “channel four”, which took place in early December of last year. Then the leaders of Russia, Germany, France and Ukraine confirmed the importance of the exchange, called for the ceasefire in the Donbass, noted the necessity of withdrawal of forces on the demarcation line and agreed to hold a new meeting within four months.

Zelensky at the meeting with the inhabitants of Poltava region were just talking about the last paragraph. The President of Ukraine is confident that a new meeting should be held in April, but it is necessary to fulfill all the agreements of the summit — that Kiev has some problems.

Until the end of March the parties must agree on breeding forces at three new stations on the line of contact, but so far this has not been done. According to the participants of the contact group prevents this Kiev as constantly changing its stance on certain issues.

In addition, the ceasefire in the region is observed only partially and systematically violated. In the shelling of the Ukrainian side accuses Republic of Donbass, and the DNI and LC, by contrast, report violations from Kiev.

In such circumstances the summit is not too appropriate, as the situation has not changed since December. As noted by the foreign Minister of Russia Sergey Lavrov, Moscow does not need “summits for summits” in the “channel format”. According to him, France and Germany do nothing in order to force Ukraine to fulfill past agreements.

“They are on the foreground put forward as an end in itself the convening of another summit “channel four”, regardless of whether made previous to an agreement or not. We are empty summits for summit, it is not necessary”, — concluded Lavrov.