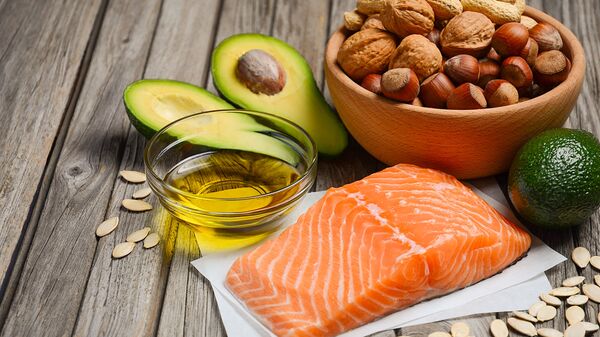 Using the method of brain imaging, scientists have traced how the different diets affect age-related changes in the brain. The most useful for the brain turned out to be a low-carb ketogenic diet. The results were published in the journal Proceedings of the National Academy of Sciences.

Recently neuroscientists are sounding the alarm — the so-called age-related neurobiological changes in the brain associated with aging, have been increasingly observed in people of younger age, who was not yet fifty.

The results of the study, which was conducted by American and British scholars under the direction of Liliana Mujica-Parodi from the state University of new York at stony brook, suggests that the blame for this, in particular, are rich in carbohydrates food, which is the basis of power in Western countries.

To better understand how diet affects the aging brain, scientists have developed a system of biomarkers that are based on a neurocognitive and physiological parameters such as insulin resistance. Chief among them was the factor of stability of the brain network reflecting the stability of relationships between different brain regions.

Experiments have shown that this biomarker of brain aging correlates with the predominant form of “fuel” that the body uses in metabolic processes: glucola decreases, and the ketones increase the stability of brain networks. In all series of experiments with a standard diet or a diet enriched with one or another type of fuel, the results were confirmed.

It turned out that a diet high in carbohydrates with age destabilizie functional relationship between brain regions, resulting in poor cognitive performance.

The study involved about one thousand people aged 18 to 88 years. The observed destabilization of the networks of the brain has been associated with cognitive dysfunction and accelerated with type 2 diabetes — a disease that inhibits the ability of neurons to effectively metabolize glucose.

“What we found in these experiments includes both bad and good news — presented in a press release, the words of Liliana Mujica-Parodi, Professor in the Department of biomedical engineering University at stony brook. — The bad news is that we are seeing the first signs of aging of the brain in younger people. However, the good news is that we can prevent or reverse these effects with diet — to mitigate the consequences of violations of metabolism by replacing glucose to ketones as fuel for neurons”.

The results show that such prevention can be especially effective if it is correct to start eating more presentano on stage. For this we need to minimize the consumption of simple carbohydrates.

A diet low in carbohydrates could reverse age-related changes in the brain, scientists say. For this you need to eat more meat or fish with salad, but no grains, rice or starchy vegetables.