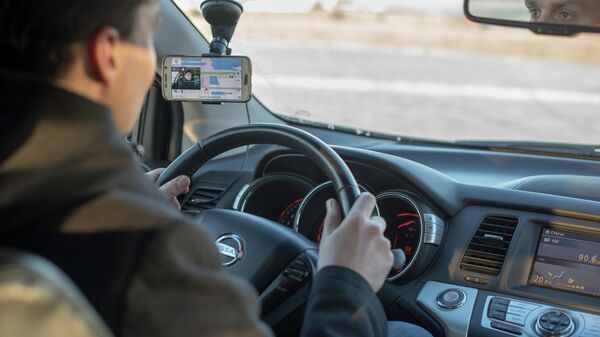 Scientists from ITMO University and St. Petersburg Institute for Informatics and automation, Russian Academy of Sciences has created a cloud control system drivers to ensure safety on the roads. Using the smartphone’s camera and a special application system gathers information about the physical condition of the driver and his manner of driving and transfers in the cloud, where data is processed. Free DriveSafely app is available for download in Google Play. Description of the development published in the journal IEEE Sensors Journal.

About 90 percent of road accidents worldwide are the fault of the driver. Cause dangerous situations on the road and accidents can be driver fatigue, or, conversely, overly excited state.

Driving people behave differently, however, there are a number of basic characteristics, allowing to estimate the degree of fatigue, stress and lack of attention. To do this, the St. Petersburg researchers have developed an application that allows you to measure using the front-facing smartphone camera parameters such as angles of rotation and tilt of the head, the degree of openness of the eyes, the distance between the corners of the lips and so on. Also, the application can identify the blunders and involuntary nods head when falling asleep.

In the first stage of work, the application adapts to the individual characteristics of the driver and the vehicle by analyzing the video stream from the camera of the smartphone. It is also on a statistical basis is learning to distinguish between narrowing of the eyes, caused by sleepiness and bright light oncoming headlights. If the application revealed a critically low degree of openness of the eyes, it can Wake up the driver with an acoustic signal.

By analyzing information from the sensors of the accelerometer and the coordinate system also notes too sharp bends, and other signs of aggressive driving. Such behavior may indicate an increased level of stress of the motorist that threatens the safety of all road users. The system operates simultaneously with the application for navigation and does not interfere with the viewing by the driver of the route.

The collected data is sent to the cloud where they are stored and analyzed. According to the developers, the system can be useful by drivers and transport companies and agencies exercising control on the roads and insurance companies. The study was supported by the Presidential programme for research projects of the Russian science Foundation (RNF).

“At the moment we are negotiating about the implementation of the developed system for everyday use in one of the leading oil companies in Russia and one of the largest energy companies of Europe — presented in the press release of the RSF, the head of the project Alexey Kashevnik, senior researcher of SPIIRAS and associate Professor of the faculty of information technologies and programming, ITMO University. Also our invention may be nation-wide project to reduce emergency situations in the country, following the example of the European Union, where in the near future plan to implement the monitoring of the driver on all new vehicles”.

The new system has a number of advantages in comparison with existing driver assistance systems ADAS. First, it is much easier to implement, as it requires only the installation of the application on the smartphone, and secondly, it allows the processing of data for each driver individually, based on unique parameters of its appearance and habits behind the wheel. The use of machine-learning techniques will allow you to adjust the advice to ensure its security and to build its profile in the cloud.