Tumor cells are not necessarily our enemies. They are the suppliers of cells for new organs and allow the evolution to continue. To this unexpected conclusion was made by Russian scientists have created a new genetic theory of cancer, which promises to transform the entire modern oncological science. 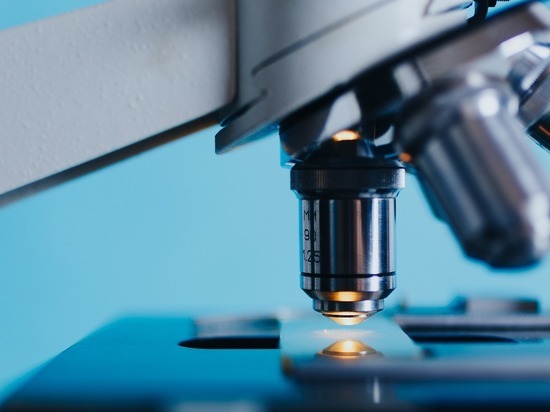 According to the author theory, doctor of biological Sciences, Professor on the specialty “Molecular biology” Andrei Kozlov, who led the new laboratory of defunctionalization in genes in the Institute of General genetics him. N. I. Vavilov Russian Academy of Sciences (Institute of General genetics RAS, there are three types of biological evolution of the animal world – individual tumoral and evolutionary, and knowing these mechanisms, we can develop fundamentally new approaches to the treatment and prevention of cancer.

The study, which lasted for many years, Kozlov managed to find out that not every tumor becomes a murderer of his master. A significant part of the tumors never on this “crime” is not. If we understand why, then learn to deal with those that are dangerous to human life, the scientist decided. In his opinion, the tumor cells cannot be considered unequivocal evil, because they are supplying the material for evolution of new organs. For example, it is thus in the course of evolution appeared the placenta, prostate and mammary gland. And their predecessors were tumor cells, said Andrei Kozlov. They evolved into a cancerous tumor, and functionally useful, manageable fabric.

“This theory does not contradict the others, but explains a lot that cannot do other theories – emphasizes the Director of the Institute of General genetics, corresponding member of RAS Alexander Kudryavtsev. – It turns out that evolutionarily new genes expressroute all of the tumor, becoming their integral part, and based on this discovery, we can create a revolutionary genetic technologies, including in Oncology”.

According to Kudryavtsev, this theory has received wide international recognition, there is nothing like it in the world yet. In the new lab, researchers will study how the evolution of new genes acquire useful features, and the tumor can be transformed into a new body. In laboratory conditions will be created a chain of accelerated evolution, when it will be possible to trace how this occurs in nature. The Institute will be a special model animals – primarily fish, which is most convenient to follow the work of evolutionary new tumor genes to be purchased a huge aquarium. These studies highlighted one billion rubles, which is for the scientists a lot of money. In their eyes, as in a time machine, fly evolution length in hundreds of millions of years, during which it will be possible to see how the tumor cells grow new tissue, systems and organs and in some cases they transformirovalsya in malignant neoplasms. So, you can see how and why this happens.

“This is an important fundamental task, which will find a practical outlet, – said Alexander Kudryavtsev. On this basis it is possible to create a completely new extra-early diagnostics, because these genes work, even when morphological analysis still shows nothing.

Deputy Director on scientific work, Director of scientific research Institute of experimental diagnostics and tumor therapy SMRC Oncology. N. N. Blokhin Ministry of health of Russia Vyacheslav Kosorukov calls these research bridge between basic research and clinical application. Practice constantly confirms the correctness of this theory. For example, not so long ago was opened vasculogenic mimicry – a pathological phenomenon, when in the course of cancer development, formed southtowne structure responsible for supplying blood to the tumors. Another example well known to oncologists teratomas, a special kind of tumor that can develop within other organs (e.g., brain, ovaries in the female, kV sacral region in children). This tissue or whole organs, atypical localization of the tumor. During surgery, oncologists often see these teratoma – teeth, hair, items, eye, extremities, where they seemingly can’t be. For example, one finds in the stomach of the patient eye or a tooth in the bladder. As if nature made a mistake, accidentally placing them is not where it should be. “Something similar could happen in the body during the transmission of mutations, – said Vyacheslav Kosorukov. These observations confirm that tumor cells in the process of evolution can give rise to other tissues and organs, which become our inalienable part, and others are not selected and die”.

All this hardly means that soon we can grow a third leg or appearing wings, said Alexander Kudryavtsev. However, in the long run it is quite possible. It turns out that evolution is not over, as previously believed. According to Alexander Kudryavtsev, the tumor forms is constant throughout the living world, just before we have these mechanisms were not seen, and are now beginning to observe in laboratory experiments and in clinical practice.

“It’s very interesting work, – says Andrey Kozlov. – The students eyes are burning, because we stand on the threshold of revolutionary change in evolutionary Oncology. Now, despite all the discoveries and innovation, Oncology, much like the magic – because often we don’t understand mechanisms occurring in the tumor cell processes. And here we are talking about the fundamental understanding of the nature of cancer”.