“We should not panic about the coronavirus. A good example shows us China, which has cured more than 70 per cent of cases”. These words of the former chief sanitary doctor Gennady Onishchenko was made at the RAS Presidium meeting on Tuesday is very encouraging. 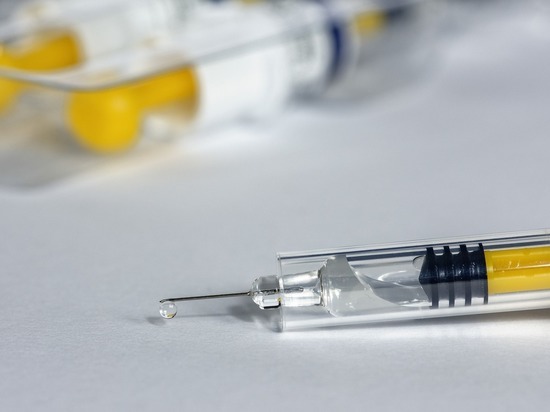 It turns out that the Chinese used for the treatment of patients about 30 of its drugs and three drugs that are available all over the world, including Russia, and is also being used.

Meanwhile, the Chairman of the Ural branch of RAS, academician Valery Charushin added that in February, Ural scientists at the request of the Consulate General of China has sent to China 360 thousand doses of the drug triazaverin created in Russia (thanks to him, in 2014, managed to prevent an outbreak of zika fever). However after you are faced with this problem. To send something to send, but it’s been two weeks, and from our Chinese colleagues – no hearing, nor spirit.

– Do not inform us about the results of the application of our drug Chinese. – complained Charushin. He turned to the Bureau with a request to make of his wounds a formal request to the Chinese side at the level of academies of Sciences.

– And all that we receive original sample to create a vaccine? We got it or not? asked the President of the Siberian branch of the RAS Valentin Parmon. At this Onishchenko, who, apparently, more aware of the creation and testing of antiviral agents answered cryptically with a smile:

In the country there is a pattern… of Course we would like to have it from the Chinese… But you know, no country in the world, having received it, to distribute just will not. For this there is a very complicated procedure. For example, getting the plague from Mongolia a few years ago, we were issued throughout the year!

Incidentally, with regard to vaccine against the coronavirus SARS-COV-2, it does not exist yet and, according to Onishchenko, it is unlikely to be relevant in the near future. Not the fact that after a few months, the epidemic will come to naught in the world.

But sometimes they still come back. Academician Mikhail Kirpichnikov, under whose leadership now is to develop a vaccine against coronavirus in our country, recalled that the main danger for the world right now are new and returning viruses.

We are creating a universal platform to create candidate vaccines against the virus, based on the tobacco mosaic virus, he said . – It is possible to obtain antigens viral factors. This is the first stage of our work, where we can create samples, test them for safety. This happens after 1.5-2 months. But the second stage when it will have on the audit of the effectiveness and clinical trials will require the presence of the virus and transgenic animals for testing.

In addition to the lack of “the virus” (despite assurances Onishchenko that he is), the problem of Russian scientists is the lack of tools to work.

– In wounds no cryo-electron microscope in which we could study the virus, said Kirpichnikov. – Americans in mid-January released the first photo of the Chinese coronavirus in the journal Science! That’s the level!

– And even in Russia, somewhere there is a microscope? asked the President of RAS Alexander Sergeev.

– There’s one at the Kurchatov Institute, but it is not always available, said Kirpichnikov.

Then it turned out that there is such a microscope from 3 to 10 million dollars, but the program updates the equipment base of institutions not listed. Scientists put the question to the assistant to the President Andrey Fursenko, and he was advised to leave the matter to the government. Academics decided to group in the application for a super-microscope that desperately need scientists to create a vaccine against coronavirus (because no one knows whether he will return next year or not) from several institutions.