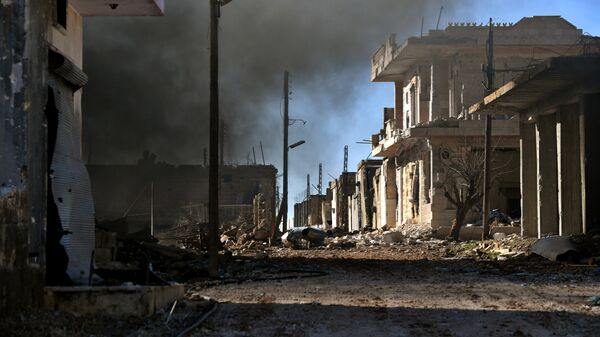 Syria has registered several cases of violation by Turkey of the ceasefire in Idlib after the Russian-Turkish agreements, said in an interview RIA Novosti adviser of Syrian President Bashar al-Assad Busana Shaaban.

In Moscow on 5 March held talks the leaders of Russia and Turkey in connection with the aggravation of the situation in the Syrian province of Idlib. Following the meeting adopted a joint document. The parties reaffirmed their commitment “Astana format” and announced the introduction of ceasefire from midnight on Friday. The parties agreed to joint patrolling of important routes M4, which is now under the control of insurgents.

“After the (Russian-Turkish – ed.) of the summit have been many violations of the cease-fire with the Turkish side. And even after talks with President (Vladimir) Putin (the leader of Turkey, Tayyip – ed.), Erdogan had a lot of violations,” – said Shaaban.

Thus the adviser has underlined that Syria remains committed to the ceasefire. “We are ready to observe the ceasefire, and we’re all going to meet the commitments that have undertaken. Ceasefire meets our goals in a victory over terrorism and achieve peace,” said Shaaban.

In addition, according to the adviser, Damascus is waiting for NATO and European Union condemnation of Turkey’s actions in Syria, which “goes against all international laws.” Shaaban stressed that Syria is an independent country, but it suffers from “aggression” and “invasion” of Turkey. “The least that we expect from members of NATO, the European countries, from every country in the world is the condemnation of the illegal actions (Turkey – ed.),” – said Shaaban.

Russia and Turkey are active participants of the Syrian settlement. Russia in 2015 at the request of the official Damascus is helping authorities in the fight against terrorists. Turkey, which borders Syria, has carried out several operations against militants and Kurdish forces in the Syrian Idlib she located several observation points.

The situation in Idlib have intensified after February 27, the terrorists began large-scale offensive against the positions of Syrian government forces. Army cap returned fire. According to the defence Ministry of the Russian Federation, bombardment including the Turkish military, which was not supposed to be there. In the death of 36 soldiers of the army of Turkey, injuring more than 30 people. The Russian defense Ministry said that the aircraft VKS RF in the area was not used.