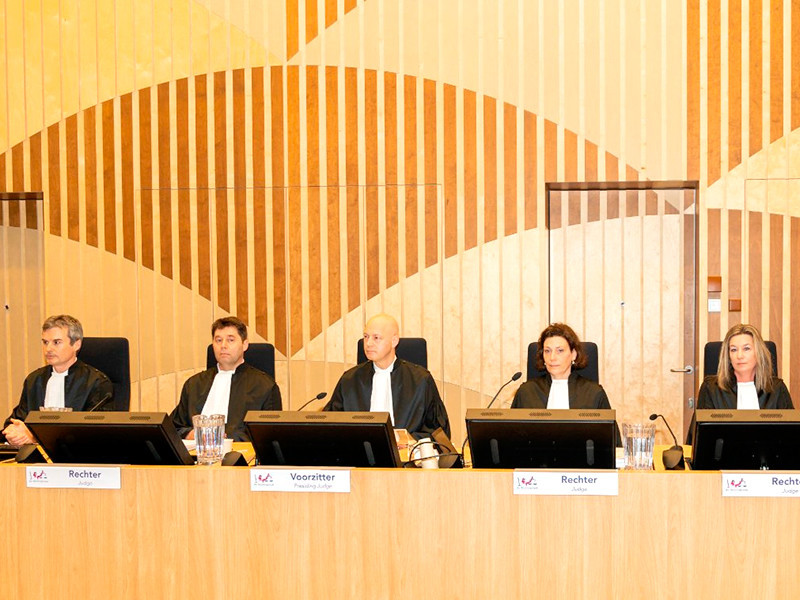 An international investigation team on investigation of accident of “Boeing” “Malaysian airlines” over Ukraine received evidence that near anti-aircraft missile launcher “Buk”, from which the July 17, 2014 was shot down the airliner were Russian secret service, supposedly the FSB.

This was announced at the court session on the case about the crash “Boeing”, which takes place in the Netherlands. Tuesday at the court were made by the representatives of the Prosecutor’s office, transmits radio “Freedom”.

The witness, who is referred to by the prosecution, classified under the code designation is M58. It is argued that this former fighter of the Pro-Russian militias fighting in the East of Ukraine under the flags of the DNI. He also claims that the crew of “Buka” spoke “with a Russian accent”. This probably stresses that SAM served the natives of Russia, not Ukraine.

The witness said that those present at the missile launch site “was pleased when they said it downed a military transport plane.” “However, when the first people returned from the crash site, it turned out that this is a civil Board,” – he explained.

The prosecution also said that he has witnesses that directly saw the launch of a rocket of “Buka”.

Prosecutors explain that many witnesses secret in order to protect them from possible persecution by the Russian-backed armed groups. The Prosecutor Thijs Berger also called the “realistic scenario” a situation in which Russia can use its intelligence agencies to establish the identity of these witnesses.

Lawyers for one of the accused, Oleg Pulatova, apply for declassification of witnesses.

The investigation team also concluded that the Russian intelligence services, the GRU and the FSB was involved in the killings and foment armed conflict in Ukraine. In particular, in the intercepted conversations of separatists are constantly discussing the instructions from Moscow about the massacre of these or those persons, reports the edition “Grata”.

The public Prosecutor’s office also accused Russia of attempting to obstruct the investigation of the crash. In particular, made after the crash of the statement of the Russian defense Ministry was called “manipulation”. Prosecutors said the misinformation, which, according to them, began to spread the Russian authorities and state-controlled media to confuse the investigation.

A court case about the crash “Boeing” began on 9 March. Now there is the procedural stage of the process. Tuesday in the District court of the Hague decided to postpone until March 23, the hearing continued, reports “Interfax” with reference to the court on Twitter.

It is expected that consideration of the merits will begin in June.

Defendants in the case about the crash of flight MH-17 in the Donbas are now four people – three Russians and one citizen of Ukraine. In particular, the charges brought against former defense Minister of the so-called Donetsk people’s Republic (DPR) and a retired FSB Colonel Igor Strelkov-Girkin, his Deputy, the commander of the reconnaissance and General-major Sergey Dubinsky Callsign “Dull”, his Deputy Colonel Oleg Pulatova, which, presumably, was associated with exploration in Donetsk. Ukrainian suspect in the case, field commander of the separatists Leonid Kharchenko. None of them at the hearing in Amsterdam was not.

According to the international investigation, all four accused were related to the delivery on the territory of Ukraine from Russia installation “Buk”, from which the airliner was shot down. Now they are accused of involvement in the Downing of the airliner and killing all on Board passengers and crew members. The indictment published Conflict Intelligence Team.

At the meeting on Monday, the court found that all four involved in the case know about the process, but three of them ignored him. Pulatov has in court with his lawyers.

During the first court hearing, the prosecution also said that Ukraine from Russia in 2014 was sent to at least two anti-aircraft missile launcher “Buk”, but one of them broke down on the road.

In 2018, the investigative group is Bellingcat, said that the transportation “Buck”, which was shot down Malaysian Boeing, was engaged in a GRU officer Oleg Ivannikov. However, the court in the Netherlands, prosecutors said that “Buk”, the movement of which is controlled Ivannikov, actually to the self-proclaimed DND was not reached. And “Buk” that shot down the plane, is another anti-aircraft missile launcher.

The Malaysian Boeing 777-200 flying from Amsterdam to Kuala Lumpur flight MH17, was shot down on 17 July 2014 near Donetsk in the area of armed conflict in the Donbass. On Board were 298 people (citizens in almost two dozen States), they all died.

For investigation of accident set up a Joint investigation group (SSG). It included the representatives of Australia, Belgium, Malaysia, the Netherlands and Ukraine. Russia is not included into it. From the beginning suspect that the destruction of the liner are units of the Russian army, used to destroy aircraft, anti-aircraft missile complex “Buk”.

In June 2017 countries included in the investigation team, decided that the trial of the suspects in the crash will be held in the Dutch court and Dutch law.

As part of the investigation, the question arose about what the role of the Russian leadership in the incident. Dutch investigators released several phone calls between Igor Girkin and Russian officials – presumably the head of the Crimea Sergey Aksenov and the Russian presidential aide Vladislav Surkov. In conversations it was about the help from Russia. In an interview with Aksyonov Girkin listed, you need anti-tank artillery, tanks and air defense are already ready by specialists, as their “time to cook we will not have, anymore.” He was told that help will come.

And Surkov, a week before the MH17 disaster assured the Prime Minister DND Alexander Beard that “spoke to older colleagues, older does not happen” on military assistance to the militia and hinted at some “tipping action.”

In mid-November 2019 international investigation team published telephone intercepts, from which it follows that Russia completely controlled the process of invasion the Pro-Russian armed formations on the territory of Ukraine, and the weapons of the militia were sent through the channels of FSB and GRU.