The second stage of Russian-European mission “ExoMars” – “ExoMars-2020” postponed from July 2020 for the period from August to October 2022-th. On 12 March at a special press conference said the head of Roscosmos, Dmitry Rogozin, head of the European space Agency (ESA) Johann-Dietrich wörner. The cause which led to the transfer of such an important interplanetary experiment was… unavailability of equipment, according to the ESA website, as well as General unfavorable epidemiological situation in Europe. 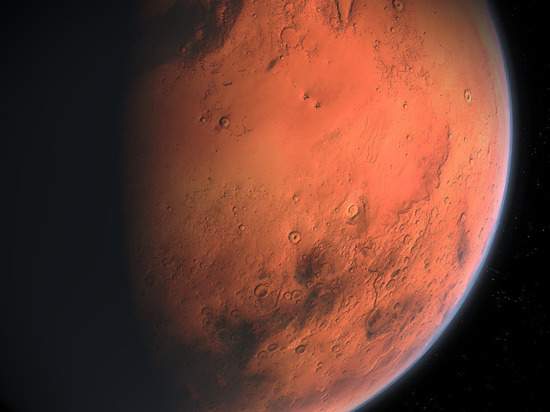 Recall that the scenario of the mission, the Russian carrier rocket “proton-M” was put into space migrating module developed by ESA. On approach to Mars, before entering its atmosphere from migratory module had to separate the lander (made in Russia). After braking with the help of jet engines and a soft landing on the surface of the red planet from the lander and the landing platform (production of Russia) the ramp was to move the Rover production ESA under the name “Rosalind Franklin” and begin to implement his six-month work program of Mars exploration.

The main goal of the mission is to determine whether there was ever life on Mars and better understand its water history. Rover “Rosalind Franklin” includes installation for drilling, as well as a miniature laboratory in which the automatic mode will search for Martian life.

But now all this is transferred in the two years ahead. In the framework of the special meeting of heads of ESA and Roscosmos, Jan Werner and Dmitry Rogozin agreed that the technique requires further testing with hardware and software.

In addition, the parties had to admit that the final stage of ExoMars “compromised the General deterioration of the epidemiological situation in European countries.”

“We made a difficult but informed decision to postpone the launch until 2022. It is due primarily to the need to maximize the reliability of all systems ExoMars, and also force-majeure circumstances related to the aggravation of the epidemiological situation in Europe – results of the ESA are the words of Dmitry Rogozin. – Our experts are practically unable to go to the partners. I am confident that the steps we and our European colleagues are taking to ensure the success of the mission, will be justified and will bring only positive results to accomplish the mission”.

Jan Werner supported his colleague and expressed his hope that “more of the validation exercise will ensure a safe journey and the best scientific results on Mars” after 2022. According to celestial mechanics, for launching spacecraft to Mars there is only a relatively short “window of opportunity” – every two years, in other periods of the flight from Earth to the red planet would be impossible or technically impractical.

As explained “MK”, doctor of physico-mathematical Sciences, head of the laboratory space gamma spectroscopy space research Institute RAS (IKI RAS), Igor Mitrofanov, the main claims which are available from the experts of the project relate to the descent (landing) module, which, in particular, there are problems with the electronics and parachute system, which was created in cooperation with the Europeans. “Was scheduled for additional testing in the United States – said Mitrofanov, for what was a joint trip. Now neither Russian nor European scientists don’t have such opportunity. Of course, the “bandwagon” in this case we gave the coronavirus. The last months before the start are very important for the final test and solve pop-up problems. But on the phone or Skype will not solve them. If at the time when my lab is preparing to launch devices that work on the orbiting “Mars-Odyssey”, the Rover “Curiosity” and other space vehicles, had the opportunity to travel to other countries for joint tests, we would have failed, that’s for sure”.