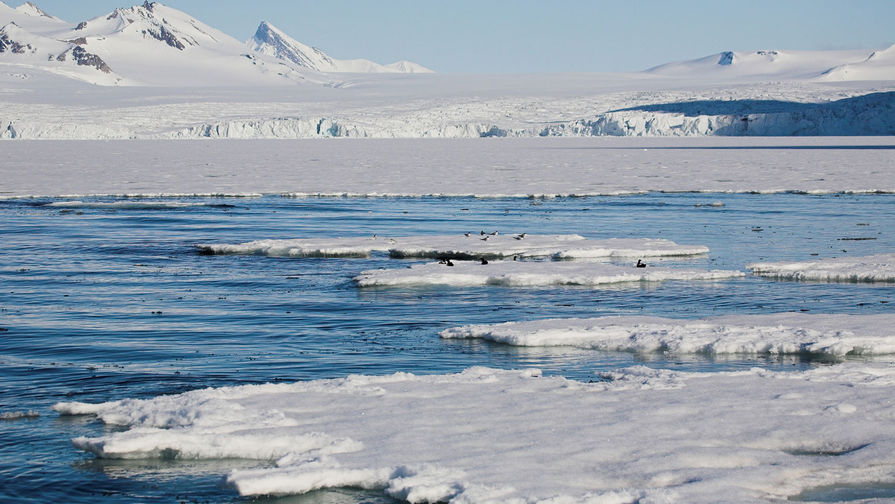 The American military deployed a military camp Seadragon off the coast of Alaska. Five days after that above him flew two long-range anti-submarine aircraft of Russian Tu-142. As an accompaniment to them was assigned the fighter jets from the US and Canada.

Five days after the creation of the military camp of the American Seadragon above him flew two long-range anti-submarine aircraft of Russian Tu-142, reports Popular Mechanics. It is noted that the camp was deployed in the Beaufort sea at a distance of several tens of kilometers from the coast of Alaska.

The publication asks how Russian planes found the American camp. But, says Popular Mechanics, it is clear that Russia is closely watching the actions of the United States, even in the Arctic.

The incident occurred on March 9, warplanes flew over the ice camp in the USA at an altitude of 760 metres.

For their support in the air was raised the American F-22 Raptor and the canadian CF-18 Hornet. It is noted that Russian aircraft were in the skies over the Beaufort sea for four hours.

The United States carried out every two years, ICEX is a doctrine that is designed in order to test how the military is ready to act in Arctic conditions. One of the key features of this event is a part of the submarines of the US Navy (and sometimes the Royal Navy) that emerge to create a base camp.

Military camp Seadragon was created on 4 March, it was named after the nuclear submarine of the U.S. Navy Seadragon. In military exercises this year involved several different fleets of submarines, the newspaper notes. According to the command of aerospace defense of North America, NORAD, the Russian aircraft had noticed it over the camp and sticking out of the ice cuttings submarines. The span of the aircraft is captured on video.

Earlier, “Rossiiskaya Gazeta” wrote that the two long-range antisubmarine aircraft Tu-142 Russian Navy routinely flew over neutral waters of the Chukchi sea and the Beaufort sea. While they were accompanied by fighters of the U.S. air force, who were in Alaska. The crews complied with international rules of airspace use.

In mid-February, the Pentagon stated that fear the expansion of influence of Russia and China in the Arctic. This opinion was expressed by the commander of the Northern command of the armed forces of the United States Terrence O’shaughnessy.

He noted that Russia continued to expand its military infrastructure in the Arctic last year. “For years, Russia has extended the existing runway and built several new airfields in the far North,” — says the military in its written testimony before the Senate, RIA “Novosti”.

O Shaunessey concerned that Russia deploys in the Chukchi Peninsula coast your set of “Bastion”.

“When you deploy in the North-East of Russia, this system is able not only to control access to the Arctic through the Bering Strait, but also to strike at ground targets in some parts of Alaska with little warning,” warns the representative of the Pentagon.

He also believes that China intends to “to exploit the economic potential” of the region.

The Russian side has repeatedly stated that no one is going to attack. The President of Russia Vladimir Putin noted that the Russian threat invented by those “who want to cash in on its role of the vanguard of struggle with Russia, to get some bonuses and incentives for it”.

In addition, Moscow has repeatedly drawn attention to the fact that NATO is very active at the Russian border and does not cease to increase their military forces in Europe.

Despite all the statements from the American side, Russia intends to develop the Arctic. On March 12, the state Duma adopted in the first reading the bill “On state support of entrepreneurial activities in the Arctic zone of the Russian Federation”. This document was submitted for consideration deputies by the government.

This paper outlines the legal regime under which must be carried out entrepreneurial activity in the area. In addition, there are prescribed measures of state support, which will be applied to those areas of the Russian Arctic shelf, which will determine the Cabinet.

The Russian Arctic is the land territory of the Murmansk region, the Nenets, Chukotka, the Yamalo-Nenets Autonomous districts, parts of the territories of the republics of Karelia, Komi and Sakha (Yakutia), Krasnoyarsk territory and the Arkhangelsk region. This definition also includes the marine waters, territorial sea and the Arctic continental shelf of the Russian Federation, which are adjacent to the above territories.