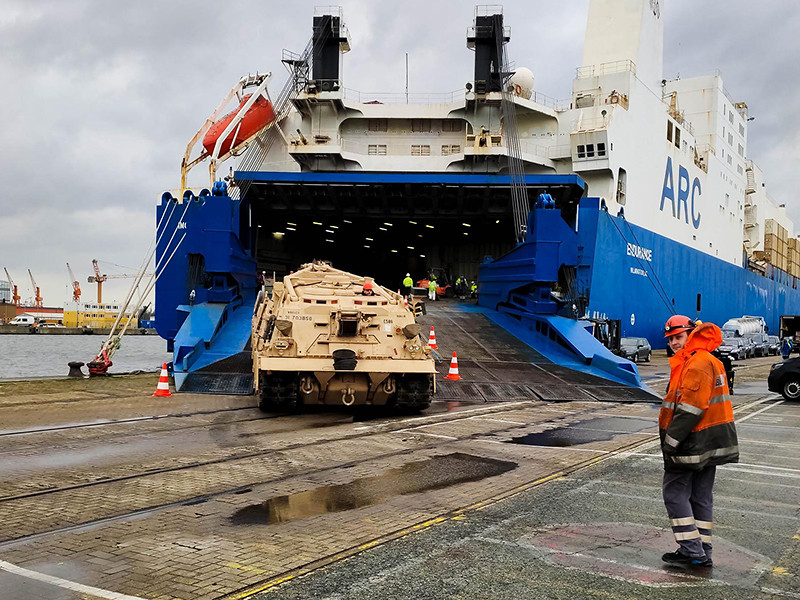 European and American military cancel and reduce teaching in different countries due to the spread of the coronavirus. Norway prematurely canceled joint exercises with NATO Cold Response, which was to be held from 12 to 18 March and was aimed at testing the multinational contingent in the fighting high intensity in the harsh winter.

In the exercises, the organizer of which were Norway, was to take part more than 15 thousand soldiers from USA, UK, Netherlands, Germany, France, Belgium, Denmark and Sweden. On 11 March it became known that Finland refused to participate in the maneuvers.

“The coronavirus is out of control society in Norway, and that we have a new situation,” said responsible for the conduct of maneuvers, Lieutenant General rune Jakobsen. According to him, Norway has decided to “preserve the combat potential of the” army “to support the society in the coming turbulent period.”

According to Jacobsen, the Norwegian army did not want to “become a burden on civilian health systems,” which was supposed to assist during the exercise. The command will start a “controlled” collapse the teachings, seeking to prevent the intrusion of troops and to prevent the loss of combat readiness of troops. Military doctors will go to the aid of civilians.

Last week, the Norwegian army closed the military base in the North of the country after one of the soldiers was identified coronavirus. While this is the only confirmed case of the disease in the ranks of the Norwegian armed forces, however, according to Jacobsen, 240 soldiers are placed in quarantine, “Voice of America” with reference to AFP.

In addition, the US European command announced the possible reduction of the us troops that will participate in the largest NATO exercises in Europe since the cold war Defender of Europe 2020 is aimed at protecting the continent “in various crisis scenarios”.

The exercise was launched in early February, it was reported that in Europe will be transferred 20 thousand American soldiers and officers. Should also be 9 thousand U.S. troops already stationed in Europe, and about 8 thousand European soldiers. Just maneuvers had to attend more than 37 thousand military personnel from 18 member countries and partners of NATO.

The teachings touched on the territory of Germany, Poland, Latvia, Lithuania, Estonia and Georgia. “After careful analysis of the actions in the framework of the teachings Defender of Europe 2020 and in light of the current outbreak of the coronavirus we modify exercises due to a decrease in the number of participants from the United States,” – said in a statement released by the command of the press release (quoted by “Interfax”).

It is noted that the health of the military is at the forefront and the reduction in the number of participants will help to contain the spread of infection while simultaneously “the application of maximum efforts to promote our Union and partnership and strengthening of preparedness to confront any crises and situations.”

NATO Secretary General Jens Stoltenberg said that the Defender of Europe 2020 is not directed neither against Russia nor against any other specific country. However, the decision to hold the maneuvers in any case, due to the close proximity of Poland and the Baltic States to Russia. In the foreign Ministry and teachings called aggressive and promised to respond to them.

In connection with the spread of the coronavirus, the Pentagon has also reduced the magnitude of exercise African Lion in Africa, write “Vedomosti”. In the exercises under the guidance of the U.S. in Morocco, Tunisia and Senegal, was part of the 9300 military personnel from eight countries.

Security measures strengthened in the Armed forces of Russia. The Ministry of defence mobile groups of military doctors and virologists for rapid response to the deteriorating situation of the coronavirus, said in an interview with red star chief military medical Directorate of the defense Ministry Dmitry Trishkin.

In the case of some garrison of the threat of mass spread of disease provided the immediate introduction of a mode of observation. This means the tightening of the permit regime, the abolition of severance in the town, minimizing the events.

According to the source, “Vedomosti”, close to the General staff, also strengthened security measures at military bases in Syria in Tartus and Mamimi. A restriction on direct contact with forces from Iran, which is marked by a large-scale outbreak of coronavirus, round the clock medical supervision over the health of the personnel. In addition, the defense Ministry postponed to 2021 Moscow international security conference, scheduled for 22-23 April.