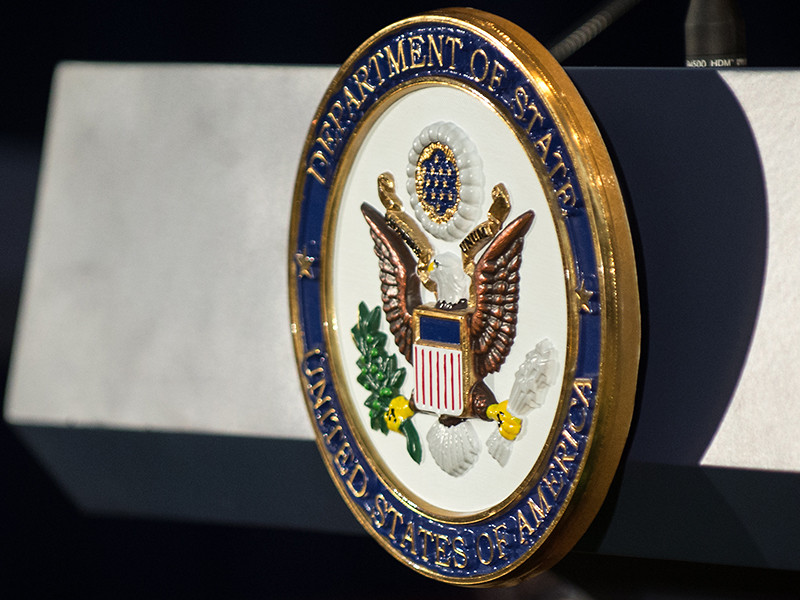 The US state Department published on its website a report on human rights in 2019, which stated that Russia continues to violate human rights on its territory, in the Crimea, Syria and South-East of Ukraine.

The state Department refers to such rights violations in the Crimea, disappearances, torture, including punitive psychiatric detention, mistreatment of detainees, arbitrary arrest and detention, invasion of privacy, strict limits on freedom of expression, including violence against journalists and blocking websites, to serious and widespread suppression of freedom of Assembly and religion, the severe restriction of the freedom of Association, including the prohibition of the Mejlis of the Crimean Tatar people, violence and systemic discrimination against the Crimean Tatars and ethnic Ukrainians.

Among the new problems identified by the state Department in Russia, called the expulsion of refugees and “forced abortions and sterilization”. In the section of the report in 2019, dedicated to Russia, it is noted that, according to the United States, Russia violates human rights in Syria during military operations in support of Syrian government forces. “According to humanitarian organizations, the Russian military participated in operations such as the bombing of urban areas in which strikes deliberately targeted civilian infrastructure,” – said in the report.

In the Department of state and provoked Russia the problems in the East of Ukraine. The report’s authors argue that “reputable observers” blamed forces under the leadership of Russia, in thousands of deaths and injuries among civilians in the Donbass. In addition, Russia is pursuing a “politically motivated arrests, detention and judicial proceedings against citizens of Ukraine”.

Criticized in the state Department and the situation with human rights in Russia, whose authorities in 2019 continued to restrict freedom of the press and the media.

“More than 80% of the country’s media was financed by the government or Pro-government forces”, but most of the other editions have “friendly user oligarchs,” the report said. In the regions, the governors control the regional media through funding, either directly or through affiliates.

The authors of the report note that last year in Russia, journalists are still subjected to arrest, imprisonment, physical violence, harassment and intimidation in connection with their professional activities. As one of the examples the resonance case of journalist Ivan Golunova.

Also, the government has adopted several new laws restricting freedom of speech and press, particularly in the online space, has taken new measures to limit academic freedoms and in the sphere of culture and restricted the right to peaceful Assembly and Association.

The authors of the report criticized the situation in Russian prison: “the Conditions in prisons and detention centers not the same everywhere: they are often severe and pose a danger to the lives of the prisoners. There are prison overcrowding, poor treatment by staff and prisoners to each other, limited access to medical care, lack of food, poor sanitary conditions”.

The state Department noted problems in the Russian judicial system where judges are under the influence of the Executive authorities and the security forces, particularly in cases with resonant political Affairs. The results of the trials seem to be predefined, and the number of excuses on the outcome of cases remains low. So, in 2018, the defendants were justified only in 0.43% of cases.

The document says that in Russia to 2019 “there were reports of disappearances, which directly or indirectly cost of power” for political and financial reasons, continued disappearances in the North Caucasus. According to the UN working group on enforced or involuntary disappearances, in the country was recorded 849 outstanding cases of disappearance. It was also reported that it participated in power under the leadership of Russia in Ukraine.

The document’s authors also referred to the torture, physical violence or abuse in order to obtain a confession from suspects. While law enforcement officers were brought to justice only in individual cases.

Also, the authors of the report say that regional authorities used vaguely worded legislation in order to detain, persecute or prosecute persons critical of the government or institutions that it supports, for example, the Russian Orthodox Church.

US concerned about arbitrary detentions and arrests in Russia, detention in places of deprivation of liberty for political reasons and the apparent intervention of the authorities into private life. The state Department also unhappy with the overly restrictive laws on “foreign agents” and “undesirable foreign organizations” and severe restrictions of religious freedom. The state Department claims that the Russian authorities restrict the ability of opposition members to qualify for public office and conduct political campaigns, and civil society to monitor electoral processes.

The head of the Crimea Sergey Aksenov has called the report of human rights violations on the Peninsula “mythical”. “In fact, the only source of violation of rights of the Crimean people is the policy of the US and its vassals” – he wrote in Facebook.

Among the factors that violate the rights of Crimean Aksenov called measures that followed the annexation of Crimea transport blockade, refusal to issue visas to Crimeans and to recognize the diplomas of the Crimean universities; energy and water blockade, a ban on the import of medicines, the restrictions against the Crimean media, and the “planning of terror attacks Ukraine” on the Peninsula threatened the right to life.

“But the state Department never says. Because “care” of the US on human rights is only a tool to achieve geopolitical goals of Western countries and a pretext for interference in the internal Affairs of sovereign States,” concluded Aksenov.

11 March in the Crimea held mass searches in the homes of Crimean Tatars followed by detention. The lawyers said that four of those detained Crimean Tatars suspected of involvement in the organization “Hizb ut-Tahrir”*. About this later as stated in the FSB.
According to the NGO “Crimean solidarity”, the security forces raided the historian Satomura Seytumerov, Shukri Seytumerov, streamer “Crimean solidarity” ameta Suleymanov and Sadamate Mustafayev and Rustem Seitmamutov and Ayder Suleymanov. It is reported portal “Crimea. Realities”.

Activists of the Association “Crimean solidarity” said that during the searches of the Russian security forces “confiscated the phone and tossed the literature.” The detainee is accused of article 205.5 of the Russian criminal code (organization of activities of a terrorist organization and participation in activities of such an organization). Crimean Tatar activist Zaire Smedly said that the Kremlin, conducting searches, trying to “replenish the exchange Fund” held by persons between Ukraine and Russia. The head of the Mejlis of the Crimean Tatar people Refat Chubarov said that the main purpose of the Russian security forces – “as much as possible to scare the Crimean Tatar community” the day before the previously announced “March to the Crimea” – peaceful action “the World against violence and occupation. March of dignity”.

The Ministry of foreign Affairs of Ukraine expressed “resolute protest” in connection with searches on March 11. According to experts of the Crimean Tatar resource center, in 2019, the Peninsula has been more than 150 arrests and more than 300 measures to restrict freedom.

*”Hizb ut Tahrir” is a terrorist organization banned in Russia.