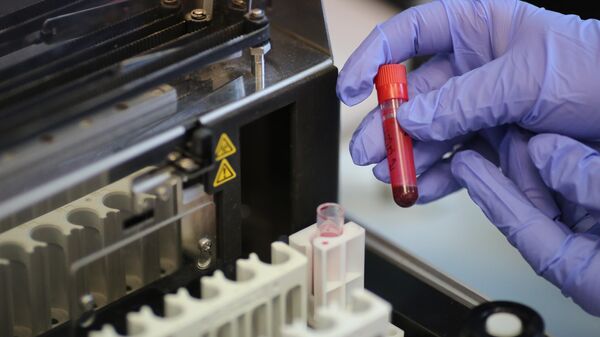 American scientists have developed a method of detecting cancer in the early stages of the blood test for microbial DNA. This is a completely new form of so-called “liquid biopsy”. The results described in the journal Nature.

Cancer detection at the earliest stages with a simple blood test is the goal of several companies, is currently developing a “liquid biopsy” to detect circulating in the body, DNA of the tumor of the person.

Scientists from the University of California at San Diego has proposed to use the DNA of the tumor and the DNA of microbes — bacteria and viruses associated with this tumor, which is much easier and more informative.

“Almost all previous cancer research has suggested that tumors are sterile environments, and ignored the complex interaction of human cancer cells with bacteria, viruses and other microbes that live in our bodies and on them — presented in a press release from the University, the head of research Rob knight (Rob Knight), Director of the Center microbiome innovation at the University of California in San Diego. — The number of microbial genes in our body far exceeds the number of human genes, it is not surprising that they give us important clues about our health.”

The researchers studied data sequencing 18116 samples of microbial DNA from the cancer genome Atlas database of the National cancer Institute that contains genomic and other information about thousands of patients with 33 different types of cancer. The world’s largest repository of data on the microbial DNA of cancer patients.

Scientists have identified microbial characteristics, or patterns associated with specific types of cancer. Some of them were expected, such as the relationship between human papillomavirus and cervical cancer, head and neck, as well as the relationship between Fusobacterium species and cancer of the gastrointestinal tract. But was identified and a new relationship — the so-called microbial signatures. For example, the presence of the species Faecalibacterium pointed to colon cancer and distinguishes it from other types of cancer.

The authors tested their method on samples of blood plasma of real patients — their data provided for the study of 59 patients with prostate cancer, 25 with lung cancer and 16 with melanoma, and compared these with the plasma samples of 69 healthy people.

A machine learning model has determined people without the disease in 100 percent of cases, the sensitivity of the method for lung cancer was 86 per cent, 81 per cent of the cases the model was able to distinguish prostate cancer from lung cancer.

Scientists believe that the greatest efficiency in diagnosis can be achieved by combining methods “liquid biopsy” of tumor DNA and microbial DNA.

“The ability to get from one tube of blood full DNA profile of the tumor and the DNA of the microbiota of the patient is an important step forward in understanding the interaction between tumor and its environment, which gives the potential to monitor changes over time. This could have serious implications for the care of cancer patients and for early detection of cancer,” says another study author Sandeep Praveen Patel (Sandip Pravin Patel), doctor of medical science, medical oncologist and one of the leaders of experimental therapy at the Cancer centre of the University of California, San Diego.

The researchers suggest that further study of the microbial DNA associated with cancer, may open a new direction in the development of cancer treatment.