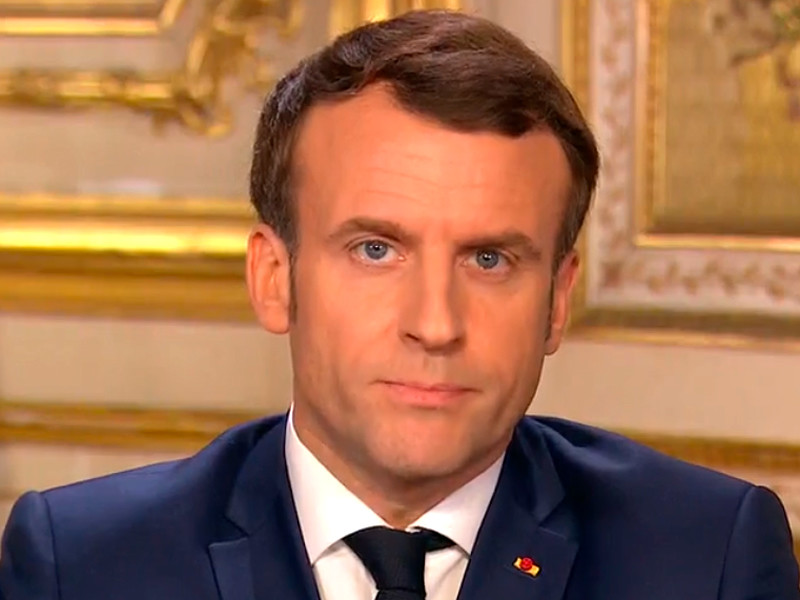 On the evening of 12 March, the President of France Emmanuel macron has acted with the television reference to the nation about the situation with the spread of the coronavirus COVID-19. The French leader announced the closure of all schools, kindergartens and universities Monday, March 16, “until further notice”. Macron also asked all the people older than 70 years and those with chronic diseases to stay at home possible and urged all Frenchmen to reduce the movements, and employers – to ensure the possibility of remote work for employees.

“We are only at the beginning of the epidemic, which is increasing and gaining momentum and so – “everywhere in Europe,” said macron. – The epidemic that touched all continents and has hit all European countries is the most serious sanitary crisis, which France had known for the last century”.

The President promised that the government would use “all financial resources” to help all the sick and “to save lives, how much it’s worth”, writes “Novaya Gazeta”.

According to Macron, followed by political decisions on the European level. He promised “tomorrow” to discuss the situation with US President Donald trump.

“Our scientists are working on several tasks in search of a cure, in Paris, in Marseilles , and I hope that in the coming weeks, in the coming months, we will get the first funds, which will be able to produce EN masse. Europe has all the cards to give the world an antidote against Covid-19” – said the French leader.

He also called on citizens to behave responsibly. “I expect that you will adhere to sanitary precautions, which today is still too little respected,” said macron. He listed some of them: “wash hands thoroughly with soap or antiseptic gel”, “shake hands, not kissing and not shaking hands to avoid transmitting the virus,” “to keep a distance from each other.” “These measures may seem trivial. But they save lives. That’s why, my fellow citizens, I solemnly urge you to fulfill them”, – said the President.

The head of state did not declare the highest, 3rd level of epidemiological danger. At the same time, he announced the extension for two months the so-called “winter truce”, during which may be deprived of property, even those who do not pay (this year, the company will not end on March 31 and may 31).

Two hours before the testimony of Macron stock exchanges in Europe closed in a huge disadvantage – in particular, the Paris CAC40 index showed the strongest decline in its history (since 1987), obvalivat by 12.28 %. The markets have reacted to the European Central Bank’s meeting and the statement of its head, Christine Lagarde, warned that Europe is waiting for an “economic shock” that could become “powerful” in the case that the authorities take “appropriate measures”.

France is now the third country in Europe in number of infections with coronavirus. According to the latest data of the Ministry of health, it was about 2900 cases. More than in Spain (about 3,000) and Italy (over 10 thousand).

In France, the virus spreads at the same rate as in Italy – only with a lag of about ten days. While in Italy died more than 1000 people in France – 61.

From February 28 in France, was introduced 2-level epidemiological threats. Special measures have been taken in the foci of the epidemic in several departments (there have closed schools and banned any meetings). In addition, throughout the country was prohibited mass actions in the closed premises – first, involving more than 5 thousand people, then this figure gradually dropped to 1000.