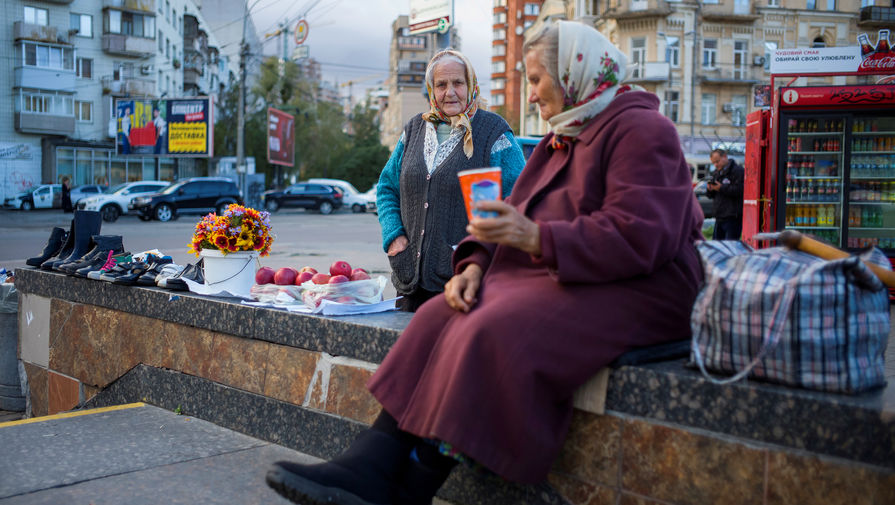 Vladimir Zelensky suggested to combat coronavirus quite strict quarantine measures. The President urged the Parliament to continue work, so as not to impede the process of adoption of laws on the sale of land and about the inadmissibility of returning banks to their owners. These initiatives — the last unfulfilled Ukraine IMF demands. The President believes that without the help Kiev will not be able to do. Meanwhile, in Ukraine are increasingly talking about a possible default.

March 17 at an extraordinary meeting of the Verkhovna Rada was appointed Minister of economy of Ukraine. They became the top Manager of the agricultural holding UkrLandFarming Igor Petrashko.

His candidacy was presented by the new Prime Minister Denis Shmyhal. On March 4 the President of Ukraine Vladimir Zelensky suggested to send in resignation the Cabinet of Ministers Alexey Goncharuk. Most Ministerial portfolios were distributed on the same day, but almost two weeks the Minister of the economy remained vacant.

Speaking in Parliament, Petrashko said that his goal is to support the Ukrainian business in the conditions of closure of the world markets.

Task before the new Minister of economy very much. Petrashko took the post on the rise in the country talking about the possibility of default. Before YouTube had appeared in the episode “Vласть vs Vлащенко” with the participation of the Deputy from party “servant of the people,” Alexander Dubinsky. In an interview, the politician said that Ukraine faces default.

“As the state and the economy — we’re going to default,” he said.

According to Dubinsky, Ukraine is unable to repay debts that were formed at external and internal markets, without help from the International monetary Fund (IMF).

“The strategy of survival of the Ukrainian state and its economy in terms of coronavirus is the plan? There is no plan,” said Dubinsky.

This theme MP raises not for the first time. March 7 in their social networks, he published a post about the fact that Ukraine is waiting for default in may of this year, as the IMF has already made it clear that it will not allocate to Kiev a new tranche.

“Representatives of the IMF in informal communication with the new Prime Minister said that the loan would not. In may likely default”, — stated in the message of the MP. Soon, however, the post was deleted.

For 2020, Ukraine should pay $17 billion foreign debt. Kiev was in difficult circumstances and without a coronavirus pandemic and the fall in oil prices after the collapse of the OPEC deal. The global economic backdrop, of course, further affects the financial situation in the country.

So, the crisis has affected the Ukrainian pyramid of government bonds. Last month, the Ministry of Finance repeatedly declared shortfall of plans. Responded to the global economic problems and the hryvnia. The national Bank of Ukraine of 17 March has set the official rate of 26,52 hryvnia (about 74.6 per RUB) per us dollar, down 44 pennies (about 1.2 rubles) higher compared to the previous banking day, according to data on the regulator’s website.

Ukrainian journalists and experts question whether to spend foreign exchange reserves. However, the main question — will the Kyiv to solve the debt problem without the help of the IMF.

Two-year program Fund provides for the payment to Ukraine in the amount of $5.5 billion, However, will highlight whether the IMF assistance to Kiev, is unknown. For this, at least, the Ukrainian government must meet the remaining two conditions — to adopt a law on the sale of land and the law on the inadmissibility of returning banks to their former owners.

Although the Ukrainian political leadership focuses on the fact that cooperation with the IMF, most of the conditions are met, the remaining items are the most difficult.

The law on opening of the land market caused great excitement and criticism in the Ukrainian society. Published in early March the results of a study of the Razumkov Center show that 64.3 percent of all respondents opposed lifting the moratorium on sale of agricultural land.

Attempts to reform in the shortest possible time has hit the ratings of the government and the President. The collapse of the popularity of the Cabinet Goncharuk led to his almost complete retirement. It is noteworthy, however, that to change the government Zelensky decided in the midst of the adoption of the land law. There is a possibility that further work on the initiative will adversely affect the reputation of the new composition of the Cabinet of Ministers of Denis Smagala.

As for the law about the inadmissibility of returning banks, it is likely that its adoption otherwise prevent himself Kolomoisky, whose influence in the party “servant of the people” is large enough.

In particular, as noted in conversation with “Газетой.Ru” the head of the Kiev Center for applied political studies “Penta” Volodymyr Fesenko, close to Kolomoisky man is Alexander Dubinsky.

“He and his owner Igor Kolomoisky talking about the default from last year. It is their obsession — they want Ukraine broke all cooperation with the IMF, because the IMF demands not to give PrivatBank Kolomoisky, we need to make allowances for the interest Kolomoisky”, — said the expert.

However, the IMF made clear that without the fulfillment of these conditions will not allocate financial aid to Ukraine. Disputes, as it is advisable Kiev’s cooperation with the Fund, have been conducted for a long time.

Now gaining popularity the idea of abandoning the IMF, especially given the prerequisites of the global financial crisis. Current circumstances, according to supporters of this point of view, creating the most favorable for Ukraine reason to raise the question of the restructuring of external debt, directing the released funds to reform and stimulate the economy.

Zelensky, however, does not share this view. He has repeatedly said that he expects the cooperation with the IMF.

“We have done more than any previous government, and they [the IMF] is confirmed. We have left the land and banking law. I have made a commitment to adopt a law on the ground and finish with the banking law we will do,” he said in a recent interview for Bloomberg.

Moreover, the Ukrainian leader is making every effort to stimulate work on the bills and their early adoption.

Because of the epidemic of the coronavirus, the Verkhovna Rada canceled the plenary session of 3 April. However, according to Ukrainian media, Vladimir Zelensky tried to insist that MPs continued to work and did not stop the adoption of bills.

On the eve the President made an appeal to citizens, urging the Ministry of infrastructure as of noon 18 March, to prohibit by rail, air and bus transportation, and to prohibit operation of the metro.

At the same time, he stated the need for the adoption of the land reform Council. “Now, in the situation of a global pandemic and threats of the global financial crisis, Ukraine’s Parliament needs to adopt vital economic laws, implement tax, land and labor reforms, to appoint the Ministers of economy and energy, the General Prosecutor of Ukraine”, — said Vladimir Zelensky in circulation.

In addition, he suggested that the Ministry of Finance to discuss with the IMF and other international partners providing financial support to overcome the effects of coronavirus.

By the way, the impact of the epidemic and quarantine in the financial spectrum also can not be ignored. Among the measures proposed by the President, there is a ban on visiting public places — museums, shopping centers, restaurants, fitness centers, and other institutions in the field of food, entertainment and services. This means that in the near future the market of services in Ukraine will face a crisis.

Today at the extraordinary session of the Parliament the law on land reform was not raised. As reports the edition “Страна.Ua” citing sources, “changing the position on the ground due to the fact that the IMF has not confirmed the credit to Ukraine”.

According to Vladimir Fesenko, the lack of cooperation of Ukraine with the IMF will have favourable consequences for the country. The expert believes that now there is reason to predict a real default, however, does not exclude the possibility of technical.

“About the default of Ukraine for the last 15 years, no less. I think the default theme is not abstract, and so-called technical default is not a waiver of the payment of debts or declaring bankruptcy, we are talking about the suspension of payments on foreign debt or on a number of types of external debt. Such a technical default is possible for the whole group of countries”,