A new study by Chinese scientists found that infection with the coronavirus may depend on the blood group of a person. So, for infection is more likely with the second group of blood. The chief doctor of the Central station of blood transfusion of Moscow Olga Mayorova told the “MK” it. 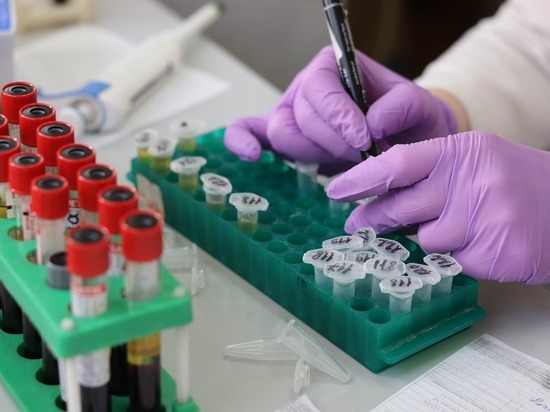 The findings of the Chinese scientists built on these studies 3694 residents of Wuhan. As shown by statistics, 33,84% of them were carriers of the first group of blood, 32,16% – II 24,90% – III, 9,10% – IV. The tests 1775 infected patients “Ringingtone” (including 206 deaths) revealed that 25.8% of were I blood, have 37,75% – II 26,42% – III 10,03% IV. Approximately the same figures the distribution of patients according to blood groups showed an analysis of 398 people from another hospital of Wuhan hospital in Shenzhen. As a result, scientists have suggested that people with II blood group ill COVID-19 a bit more often. So they need to be careful of others.

Until now, all studies about predisposition to diseases depending on the blood group was rather of a popular scientific character. There was even developed a special system of food, which, as it turned out, have no scientific basis. For example, it is believed that the carriers of group I blood are more sensitive to the bacteria Helicobacter pylori, which often suffer from various diseases of the gastrointestinal tract. But studies that have confirmed it, no.

As told “MK” Olga Mayorova, in the world there are no large studies that would have studied the tendency of people to those or other viral zajavlenije on the principle of blood group. “But I can’t exclude this point because the blood is not just the molecular composition, but some receptors and certain proteins, says Mayorov. And in some situations viruses can be sensitive to the absence or presence of certain proteins. The coronavirus is difficult to say. For example, the Chinese population is rarely the first or the second group of blood, they have a “popular” third and fourth, and the first and the second – after all the European group. But to draw any conclusions must be significant, millions of samples that would allow to trace the real statistics. Research on thousands of cases even give large errors, so that their findings can not be confirmed on larger samples”.

While Olga Mayorova asked people in this difficult situation to keep a clear mind and remember that next to them there are those who today need it: cancer patients, people with acute conditions, serious chronic diseases: “In the near future due to mass quarantines, we may have serious shortages of donor blood, that is, we can be in a situation of shortage of blood components. Today the universities are closed, students are leaving and we traditionally April and may have always lived in student donations. We are not closing, we work on the weekend and really looking forward to blood donors! Protecting yourself be aware of others!”

CDC: U.S. life expectancy dropped by 18 months in 2020, and double that for Black and Latino Americans

The Delta variant is in the House, and also the White House, jolting political Washington

Lambda, a COVID-19 ‘variant of interest,’ reported in Houston