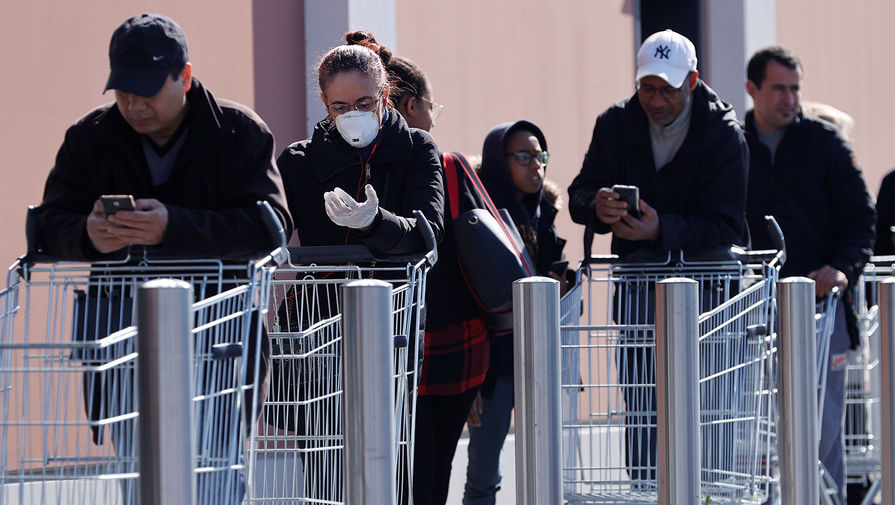 The EU has accused Russia of spreading misinformation about the coronavirus in social networks. The authors of the secret report claimed that in this way Moscow is trying to divide Europe, sowing panic and fear. Similar accusations were previously made by the US Department of state.

The EU believes Moscow is spreading misinformation about the situation with coronavirus in European countries. This is stated in the enclosed EU report, excerpts of which results in the publication of the Financial Times. The report was prepared on March 16.

The authors argue that the Kremlin-controlled information resources to intentionally introduce EU citizens to be confused about the situation with the pandemic. Their goal was to divide European society, achieving panic and fear.

The most active fake news on the alleged coronavirus spread in social networks. The authors of the report point out that disinformation do the same accounts that are previously actively covered the protests of the yellow jackets in France.

Now in these accounts appear posts that coronavirus is an artificial disease that the West has turned into a weapon. Actively, in the opinion of the authors of the document, advancing the idea that the European governments are unable to bring the situation under control, and big companies are cashing in on the pandemic. In addition, the accounts may write about the effectiveness of the measures taken by the Russian authorities to combat the virus. The report indicates that such reports are disseminated in French, English, German, Italian and Spanish.

Commenting on this information, a source in Brussels said that the proliferation of such fakes could undermine the credibility of Europeans to national health systems and prevent the pandemic.

Prior to that, with similar accusations against Russia made by the US. At the end of February, the us state Department said that social networks are associated with Russia accounts which are coordinated campaign to spread false information about the coronavirus. The thesis, according to which the responsibility for the spread of the new virus are the US authorities, was spread in Twitter, Facebook and Instagram. One of the conspiracy theories claims that the coronavirus was established in the United States to strike the Chinese economy. According to another version, to the spread COVID-19 is involved, the head of Microsoft bill gates, who has invested billions of dollars in health programs.

Acting Deputy Secretary of state for Europe and Eurasia Philip Reeker pointed out that such actions Russia allegedly seeks to “sow discord and undermine American institutions and unions from within.”

Commenting on these accusations, a spokesman for the Russian foreign Ministry Maria Zakharova called it “deliberate misinformation” from the United States. Later the company Facebook and Twitter conducted an internal investigation that found no evidence of coordinated attempts of misinformation about the outbreak of disease coronavirus. In addition,

a representative of Twitter Yoel Roth indicated that the company requested the state Department had evidence of Russia’s involvement in misinformation, but got no response.

In Russia, the first cases of infection with coronavirus was recorded 26 Feb. Currently it is known about 147 cases, more than half of them are in Moscow. The Russian Center for combating coronavirus acts on the basis of ANO “Dialogue”, which was created to improve the efficiency of feedback with citizens, with the participation of the mayor of Moscow and the presidential administration of the Russian Federation on the direct order of the President of the Russian Federation. The coordination centre operates around the clock and coordinates the work of ministries, agencies — including the regional. His staff also monitors the availability of consumer and medical products, individual protection means and tests for the new virus, based on the feedback from citizens. Operational reporting is daily 06:30 GMT.

The effectiveness of the containment measures of coronavirus in Russia, pointed out Director General of the world health organization Tedros Adan Ghebreyesus. In late February, he said that some countries have adopted measures to curb the virus, resulting in their territory for a long time were not recorded new cases of the disease. Among those countries he named Russia as well as Belgium, Cambodia, India, Nepal, Philippines, Sri Lanka, Vietnam.