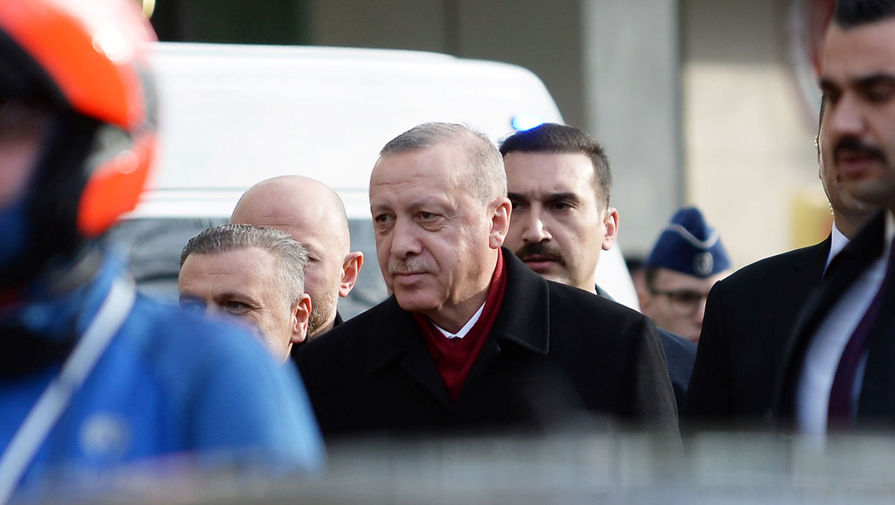 The West is not ready for a pandemic of coronavirus, said the President of Turkey Recep Tayyip Erdogan. According to him, the global economy and international politics waiting for global change. He also criticized the governments of European countries, abandoned its citizens “in the lurch”, and gave them the example of Turkey.

Pandemic coronavirus will result in a global political and economic transformations, as it was always after mass diseases. This at a press conference in Ankara said Turkish President Recep Tayyip Erdogan, RIA “Novosti”.

“We are entering a new era when, perhaps, you can expect radical changes in the global economic, political and social order,” — said the Turkish leader.

According to Erdogan, the Western countries left its citizens to the will of fate in the conditions of a pandemic COVID-19 — they are “the years have not cared about people, public service transferred to the private sector”. Now they came to their senses and began to nationalize them, the politician added.

Erdogan stressed that Turkey followed the spread of coronavirus from the beginning and took immediate measures to prevent the spread of infection. He also added that all state capabilities and efforts mobilized to eliminate the threat of proliferation COVID-19 as soon as possible.

The Turkish authorities are planning to start distributing masks and disinfectants in the largest Turkish cities — Istanbul and Ankara. This free help will benefit Turkish citizens over 65 years of age.

Finally, Erdogan said on Turkish scientists on the creation of special drugs to fight COVID-19.

Earlier, the Turkish leader has publicly stated that avoiding handshakes because of the spread of infection. In addition, Erdogan is accompanied by a helper with a thermal imager — at the meeting of the Turkish Parliament, he measured the temperature of the journalists and politicians.

Meanwhile, on 18 March, the Minister of health of Turkey Fahrettin koca announced the death of the second Turk from the coronavirus that causes he was 89 years old. The country is infected 191 people, this number in recent days has doubled.

“Died 61-the summer man. Identified 93 new cases of infection,” wrote he in his Twitter account on Tuesday, March 17. Two days later it became known that the Turkish police detained 24 people for the proliferation of fakes on the coronavirus. Search more than 100 persons who spread false information continues.

On 15 March the Ministry to protect citizens from the coronavirus was ordered to temporarily stop work bars, to restrict the holding of discos and night clubs work. In addition, the Minister of culture and tourism of Turkey Mehmet Ersoy has suggested hoteliers to postpone the beginning of the tourist season from March to the end of April. The Minister promised in connection with the undertaken restrictive measures of support for the tourist industry.

Outbreaks of coronavirus in Europe is compounded by another aggravation of the migration crisis — against the backdrop of the pandemic in late February, Turkey opened the way to thousands of refugees from Syria and other middle Eastern countries to Europe.

Migrants via Turkey went to Greece and Bulgaria, which had to urgently strengthen its borders. Media estimated the total flow of refugees around a million people. According to recent reports, Europe was able to break through about 147 thousand.

To curb the flow allowed the harsh measures the Greek authorities, which was allowed to be used against refugees water cannons, tear gas and even plastic bullets. Brussels fully supported the efforts of Athens, and also sent additional units of Frontex — the EU Agency for security of external borders.

Coronavirus began to spread in the countries of southern Europe. In neighboring Turkey, Greece has recorded 334 cases and four deaths resulting from COVID-19. Meanwhile, according to Anadolu news Agency, migrants still do not leave attempts to storm the border of Turkey and the European Union.

It is worth noting that, missing migrants in Europe, Ankara is in fact violated its obligations to Brussels — she was obliged to give refugees shelter in exchange for financial assistance. However, the Turkish authorities believe that Europe was the first to break their commitments.