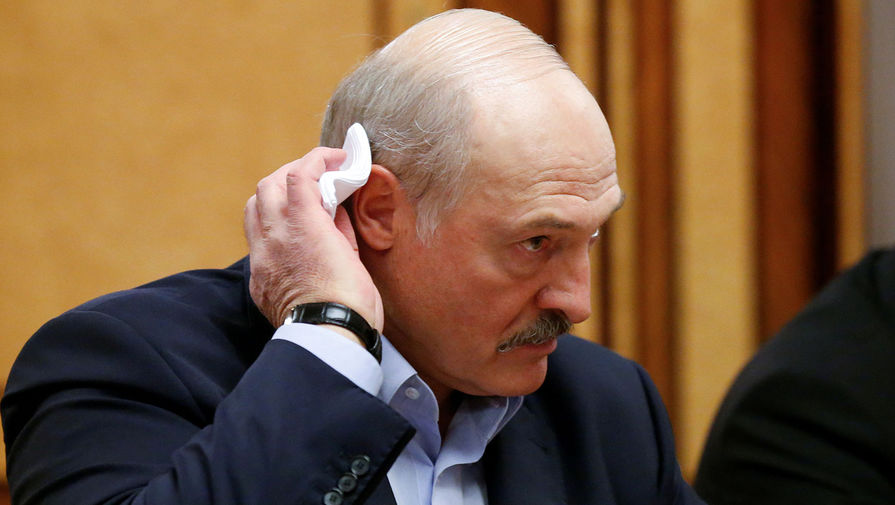 President of Belarus Alexander Lukashenko is sure that the world is experiencing a “coronavirus psychosis”. In such circumstances, in his opinion, it is important not to panic. Harm can be more serious than from the virus. According to him, Belarus and previously dealt with various diseases and treat them carefully.

The world is experiencing a “coronavirus psychosis,” said the Belarusian President Alexander Lukashenko. He said this during a meeting with the heads of medical services of the country, which discussed the situation with the pandemic coronavirus.

“I have this coronavirus, referred to as psychosis. Together we have experienced a psychosis, and we know where that led. I am absolutely convinced that we are more likely to suffer from panic than from the virus. That’s my biggest concern”, — quotes its words of FAN. He also noted:

Belarus “does not matter” what the world health organization (who) described the spread of the coronavirus pandemic.

According to Lukashenko, the Republican authorities, and early attention to fight different kinds of infections.

The head of state at a meeting with medical workers drew attention to the uneven distribution of the number of cases. For example, he noted that “the virus settled” in almost all countries, but, for example, North Africa has infected just one person, and in Italy was already dead 475 patients.

According to Lukashenko, the most terrible global epidemic is panic.

The Belarusian leader urged physicians to contend not only with the coronavirus, but also with other diseases, which many in the country, especially at this time of year.

“In late winter — early spring in Belarus, as elsewhere in the world is the rise of seasonal infections. I am most worried,” he said. Lukashenko has reminded that only for the first two months last year killed nearly 500 people from respiratory diseases, at the beginning of this 328.

A few days earlier, Lukashenko said that his country remains relatively calm amid the spread of the coronavirus. In this regard, he was a little perplexed when, on 16 March, the Russian authorities announced that close to the Belarus border.

“So much so that our native Russia — stress — closed the border with Belarus,” he said, adding that “this is a rhetorical question,” who should be closed, as Russia, in his opinion, “all blazes from the coronavirus”.

The head of the Republic expressed the view that “the world crazy from the coronavirus”. Since then, the situation in Belarus has changed. If March 16, there were 35 infected, then at the end of 18 March, the number had increased to 51. Their condition doctors estimate as satisfactory, as most infection is asymptomatic.

In any case, Lukashenko is confident that had previously been terrible infection and coronavirus.

“Was much more complex viruses: swine, and avian and SARS. Then he gasped and groaned where that came from: here, you see, the media is to blame, that they are too broad and not covered problems”, — noticed the head of the country. In his opinion, the media and this time will be to blame, but “in another month”.

The next day Alexander Lukashenko gave recommendations to combat the spread of coronavirus. According to him, Belarusians should frequently wash their hands.

“Wash your hands often, time to eat Breakfast, lunch and dinner. I’m not a drinking man, but lately jokingly say that vodka should not only hand washed, but probably at day 40-50 grams in terms of pure alcohol “poison” the virus. But not at work,” he says.

He also advised citizens to go to the bath. According to him, the Chinese scientists “suggested” that the virus dies at +60°C.

However, with the words Lukashenko does not agree with the Russian doctors. So, the chief psychiatrist of the Ministry of health of Russia Yevgeny Bryun said earlier that the use of alcoholic beverages will not help nor cure or the prevention of disease. According to “Interfax”, the Bruin warned that the patient’s state of health will only get worse, as the infection is for the body toxicity, and alcohol will only aggravate it.

“Some people drink alcohol to disinfect the oral cavity and esophagus, forgetting that the virus enters the body through mucous membranes not only the mouth but also the eyes and nose, and alcohol to fill problematic,” — said the expert.

About the outbreak of coronavirus became known at the end of December last year. Then the Chinese authorities who reported that in Wuhan began to spread pneumonia caused by a new type of coronavirus. Currently in Russia are infected 199 people, five of them recovered. All over the world were more than 219 thousand of infection. Victims of the disease were almost 9 thousand people, recovered more than 85 thousand previously infected.