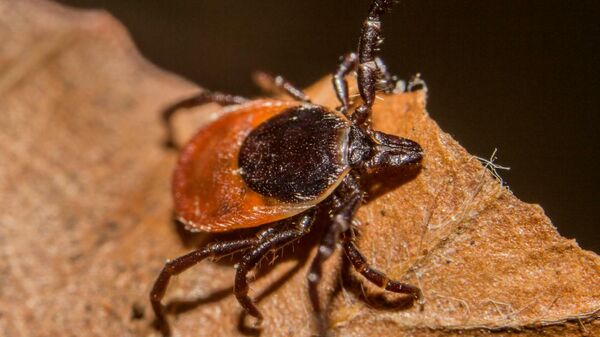 The results of the study of American entomologists, published in the journal of Medical Entomology, suggests that clusters of last year’s leaves — the perfect place for multiplication of mites. These conclusions are also relevant for Russia, where due to the abnormally warm winter ticks woke up early.

Within three years, American scientists observed in the state of new Jersey with the population of black-footed ticks Ixodes scapularis ticks and lone Amblyomma americanum of the family Ixodidae. These arthropods are vectors of dangerous diseases such as borreliosis, rickettsiosis, tularemia, erlihioz, babesiosis and Lyme disease. They live in wooded areas, parasitic on mammals and some birds.

Scientists noticed that the inhabitants of the settlements bordering the forest strip, in late autumn, often from their sites raked fallen leaves and transported them to the border of the forest. It was here, at the edge of the forest, in clusters of warm, spring sun warmed fallen leaves create ideal conditions for the maturation of larvae of ticks.

For the study we chose three residential land in the County of Monmouth, situated on the edge of the forest. One of the owners of the site requested in the fall of 2017 and 2018 to leave the sheets unmade, that is, in their natural form. In other areas their owners have removed the leaves by raking or blowing and storing them on the edge of the forest. As a result, in the border with the forest band of the last two sections formed a powerful litter of fallen leaves is three times thicker than natural cover. The results showed that in spring in the thick leaf litter was collected three times as many nymphs, like larvae of ticks than in the natural cover of last year’s leaves.

“Our research has shown that the usual practice of raking or blowing leaves when cleaning the lawn or landscape work and moving them to the borders of forests can lead to a threefold increase in the number of mites in these areas next spring” — presented in a press release from the American entomological society the words of the first author of the study Robert Jordan (Robert Jordan), the scientific employee of Department of mosquito control County of Monmouth (new Jersey).

The fact that the larvae of mites live in last year’s leaves, the people I knew before, and that’s why she removed the leaves from their plots. Now scientists have shown that clean sheets are insufficient, they still have to take out and in some way disposed of, to the spring not to the invasion of ticks carrying disease-causing bacteria.

The authors believe that their findings should listen to and municipal service, which depends on the organization of pick-up and composting leaves. As alternative measures the researchers suggest people to take the leaves away into the woods and there to scatter them evenly. Another good option, which promotes rapid decomposition of leaf — mulching in place.

“Homeowners should remember that clusters of leaves and other plant residues provide ideal conditions for survival of young ticks and to continue to search for their hosts (animals-carriers — Approx. ed.), says Jordan. — Despite the fact that we were expecting to see more ticks on the edges of the lawn with a deeper accumulation of fallen leaves, we were surprised by the number of ticks in the leaf clusters formed by blowing or raking”.

The authors, citing statistics say that the vast majority of cases, bites recorded residential lots and public areas, not natural areas. Therefore, according to scientists, the task of the liberation of these areas from last year’s leaves is relevant, and they are in any case advised residents not to leave fall leaves on the paper.

“Objects with a significant amount of leaves the best option would be complete removal of the most commonly used areas, such as lawns, recreational areas outdoors, and in and around playgrounds, says Jordan. — If this is not possible, piles of leaves should be placed in areas least frequently used”.