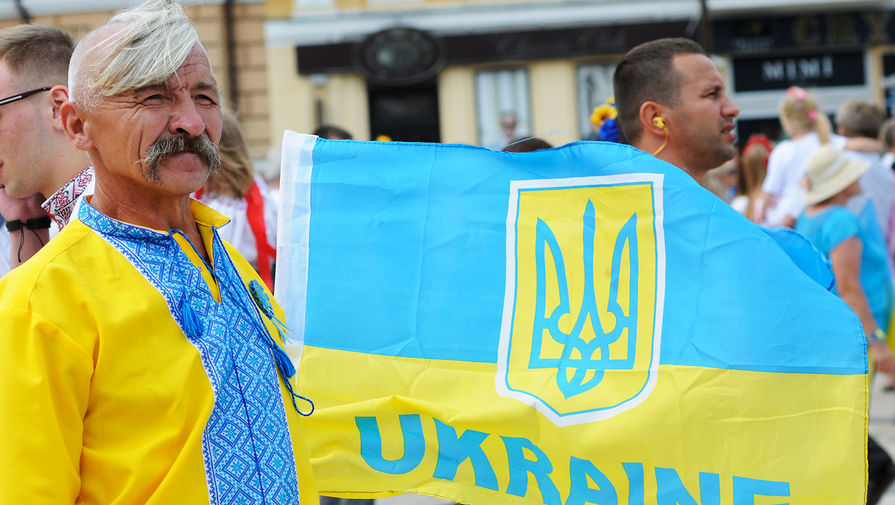 The countries of Eastern Europe, which are characterized by low fertility and high emigration are most at risk of significant demographic decline. Especially serious situation is in Ukraine, where other factors of depopulation is added the war in the South-East of the country. According to UN estimates, by 2050 Ukraine’s population could shrink by almost 20%.

According to the UN study, the countries of Eastern Europe formed the most unfavorable demographic situation. Characteristics of this region have a low birth rate, high emigration rate and negligible immigration.

A special place among these countries is Ukraine, which is still in a state of civil war. According to the international organization

by 2050, could lose nearly a fifth of its population.

While reliable and relevant data on the population of Ukraine since the last census was conducted in 2001. A series of crises, internal and external conflicts forced the government to postpone this question. To put the point in this issue is going to command the new head of state Vladimir Zelensky. In may 2019, the first Vice-speaker of the Verkhovna Rada Ruslan Stefanchuk said that the census will be conducted.

At the end of last year the Cabinet of Ministers presented the results of a study according to which Ukraine is home to 37 million 289 thousand. Methods the conducted research are different from methods of carrying out population census — the accuracy is 2-3%.

However, even these figures are much lower than those of the 2001 census. Then it was found that Ukraine’s population of 48 million 457 thousand people.

That is, in 18 years the population of Ukraine declined by approximately 11 million.

The reasons for this — several. The important role played by the events of 2014. After accession of the Crimea and Sevastopol a part of Russia by citizens of Ukraine ceased to be almost two million people. In addition, the demographics of the country has inevitably affected by civil conflict in the South-East, which lasted for almost six years.

Another significant factor is the high level of labor emigration. In January Dmitry Dubilet, who at that time held the post of Minister of the Cabinet of Ministers said that over the last 10 years from Ukraine has left nearly 4 million people. He also noted that migration is highly cyclical in nature, but the “constant trend up.”

The reason for such high levels of emigration simple – the Ukrainians are going abroad to work and in search of a better life.

Traditionally Ukrainians have left for Russia, and increased tensions between Kiev and Moscow did not affect this trend. Moreover, the introduction of a visa-free regime with the EU was opened for the citizens of Ukraine new opportunities and strengthened the trend of labor migration.

Last year, remittances from abroad amounted to more than 11% of Ukrainian GDP. And, by the way, this factor could also influence the policies of the Ukrainian government. In other words, the emigration of generating such income has its benefits for the country.

As stated in an interview “Strenia” the Director of the Institute of demography and social studies named after mV ptukha Ella Libanova, remittances significantly exceed foreign direct investment in Ukraine.

“Leaves a lot of young people. A nation that is aging faster and stronger. Enhanced depopulation.

By the way, in Ukraine, where the migration balance is negative, the impact of migration opposite to what is observed in developed countries. In Germany, for example, a growing population? Mainly due to massive migration inflows, offsetting natural decline. And in Ukraine the migration outflow increases it,” said Libanova.

In her words, even if the country will increase the standard of living, it will not be globally affected on the level of emigration. She argues that many Ukrainians go to Europe, not only in search of better earnings. Citizens are also attracted by the developed infrastructure, good education and a higher level of medicine. Do not forget that leave the country, mostly people of working age who give birth and then the family abroad. Those who have children, tend to move them.

When Vladimir Zelensky became President, the outflow of personnel in the country was named one of the main challenges that lie ahead of him. The subject of mass emigration, the President touched on in his inaugural address.

“Us 65 million. Yes, we are in a world of 65 million people who gave birth to the Ukrainian land. I appeal to all Ukrainians on the planet: “we really need You!”

Anyone who is willing to build a new and successful Ukraine, I’ll be happy to give Ukrainian citizenship. Souvenirs from abroad don’t take, don’t. Bring us your knowledge, your experience and mental values,” said Zelensky.

In February, the President announced the program, which will provide Ukrainian citizenship of young people living on the uncontrolled territories in the East. In December, he introduced into Parliament a bill which will simplify the obtaining of Ukrainian citizenship to Russians who suffered “persecution for political beliefs”, as well as to foreigners and persons without citizenship, which involved “the national security and defense of Ukraine”.

The initiative also involves the simplification of obtaining Ukrainian passports for those who have at least one grandfather or great-grandmother were born or permanently resided on the territory of the country. Thus, the provision applies to all descendants of the second and third waves of emigration. In addition, the Cabinet should develop a list of countries whose citizens may for obtaining Ukrainian citizenship will be sufficient to take the Ukrainian oath.

In addition, in early December, Vladimir Zelensky has announced a state programme “Come and stay”, which was conceived to help migrants to return and do business in Ukraine. The program involves a loan of 1.5 million with the rates lower than the market average, for a period of five years to open or expand their business.

And while talking about the effectiveness of the methods Zelensky is still premature, it is also clear that the demographic problem is too deep in the Ukraine and to resolve it for one presidential term — is impossible.

Even under the condition that Kiev will raise the standard of living to the same as in Warsaw, emigration will not end, because Poland itself, for example, has the same problem. Many poles leave to work in more developed European countries, mainly in Britain. While the Polish authorities are actively dealing with this problem — they provide young people with a preferential mortgage, freed young people from paying income tax, and also pay cash assistance to all families with children.

“Even after 10 years, the quality of life in Ukraine will be significantly different from the quality of life in Poland — said Libanova The Atlantic. — On all indicators, Poland has achieved economic success, but the poles continue to migrate to other European countries in search of better paid work. From us here depends nothing”.