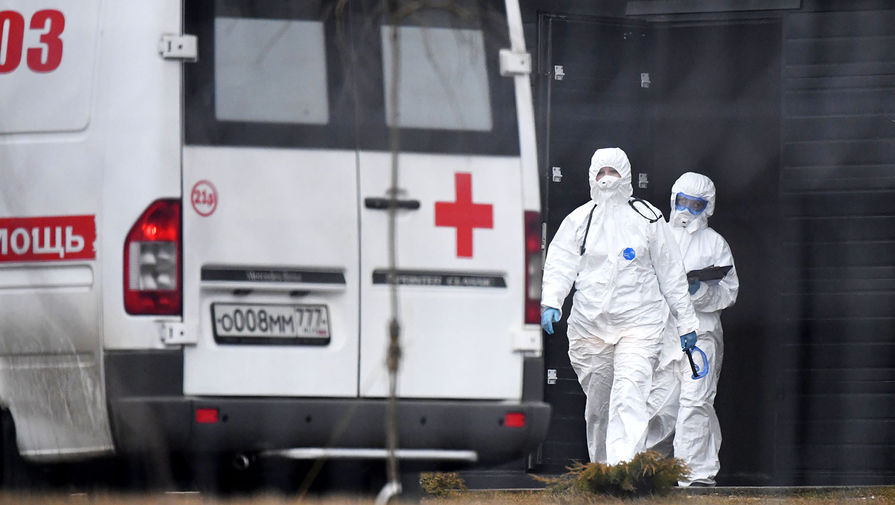 Foreign media try to explain why, despite a common border with China, the number of infections in Russia is much lower than in Europe. Are a variety of reasons: successful experience of the Soviet Union, the rapid reaction to the emergence of a new disease, or even manipulation of statistics. Not left out of the agenda and the geopolitical component: European journalists actively talk about the benefits to Moscow on the background of the epidemic in Europe.

Statement by the Executive Director of the human rights organization Human Rights Watch (HRW) Kenneth Roth about the situation with coronavirus in Russia provoked the reaction of the Russian authorities. Criticism of HRW spoke in the state Duma, condemning the organization for its interference in the internal Affairs of the country.

Russia’s Ambassador to the U.S. Anatoly Antonov urged not to misinform its readers on the activities of the Russian government to combat coronavirus. “Taken in a timely manner has allowed us to confront the new global threat is much more effective in those countries which traditionally avoids HRW to criticize,” he said.

Kenneth Roth on his Twitter page just told the essence of the publication of the newspaper The Moscow Times, which reported on the increased demand for ventilators in Russia. The authors of the article, communicated with representatives of the companies for the sale of IVL and Russian doctors came to the conclusion that in Russia rich people are massively buying such devices for private use, while in the regions felt their lack.

The Ministry of health, commenting on this information, pointed to the senselessness of the purchase of the ventilator, as their use is possible only in hospital — in intensive care units and intensive care.

In English media does not always describe the situation in Russia in a negative way. On the contrary,

small compared to other European countries the number of infections is forcing European journalists to look for the answer to the question: “How Russia manages to avoid an outbreak of coronavirus?”

Article with the same title on March 23, was published in the British newspaper The Independent. The author, in defiance of their colleagues from The Moscow Times points out: in Moscow alone more than five thousand of the ventilator — roughly the same as in the UK. This is because the Russian health care system often have to deal with tuberculosis and complications from pneumonia. But as a consequence, the country has good opportunities to fight lung disease.

Also, in his opinion, the role of containment is the experience of the Soviet health system. “This is not a very sensitive system, but she can quickly and effective force to enter isolation mode. The Chinese public health system, belatedly demonstrated his worth in Hubei, based on the same principles,” — he concluded.

Another reason for the success of Russia in the fight against the pandemic, the British magazine says that the rate of adoption of decisive measures.

In January restrictions were introduced for anyone travelling to Russia from China. In early February, they were extended to all who are returning from countries with recorded cases of infection. The effectiveness of these measures indicate many of the world’s media, including American CNN and the Arabic “al-Jazeera”. Among them the Norwegian newspaper Resett.

The author of the article “Coronavirus: pay attention to Russia” mainly criticized the measures to combat the pandemic is taking the Norwegian government, citing the example of the Russian Federation.

In his opinion, the Russian doctors carried out checks on the coronavirus “almost at the slightest sneeze”, while many citizens of Norway do not have the opportunity to learn about the state of his health. “In other words, the Russian figures can be considered quite reliable, but the Norwegian Institute of public health, the public almost dezinformare,” he writes.

This view of the question can be called unconventional. Typically, in misinformation of the population and manipulation of data to the Western media blamed Russia.

One of the frequently used theses cases of infection with coronavirus masquerading as pneumonia. On the “sudden increase of cases of pneumonia” indicates the British newspaper Express and TV channel Euronews. In the second case, the efficiency of recognition of coronavirus questioned also because of the unreliability of the screening tests that allegedly yield positive results only in patients with severe COVID-19.

The Polish edition wPolityce and completely describes the apocalyptic scenario, arguing that “the epidemic in Russia is only a matter of time.”

If the epidemiological situation in Russia is not all interested in foreign publications, on the political benefits to be purchased by Moscow amid the crisis in Europe, they write much more often.

“It’s safe to assume that Putin and his colleagues with glee watching the mess in Europe and the United States. Moreover, they will use it for educational purposes. Coronavirus is a wonderful opportunity for the enemies of the West to see how countries cope or not cope with a serious crisis,” — the newspaper writes Foreign Policy. In the opinion of the author,

Russia will not miss the opportunity to increase their influence in the world, taking advantage of the weakness of the West because of the pandemic.

Especially often this idea appears in the Polish media. Against the decision of the Russian authorities to send to Italy for medical care, publication and Defence Onet 24 writing propaganda about Russia’s victory and a blow to the image of such structures as the EU and NATO. “Another victim of the coronavirus may become anti-Russian sanctions,” — says Polish journalist Witold yurash.

As of March 24, in the world there are more than 400 thousand cases of infection new coronavirus. The focus of the spread of the disease moved from China to Europe, where the virus was discovered more than 150 thousand people. The most severe epidemiological situation was recorded in Italy (63 927 infections), Spain (35 512), Germany (30 081) and France (20 149). On the third place on prevalence after China and Italy are the States, where it was revealed 46 450 cases of coronavirus. In Russia for all time of existence of the disease was recorded 495 cases of infection.