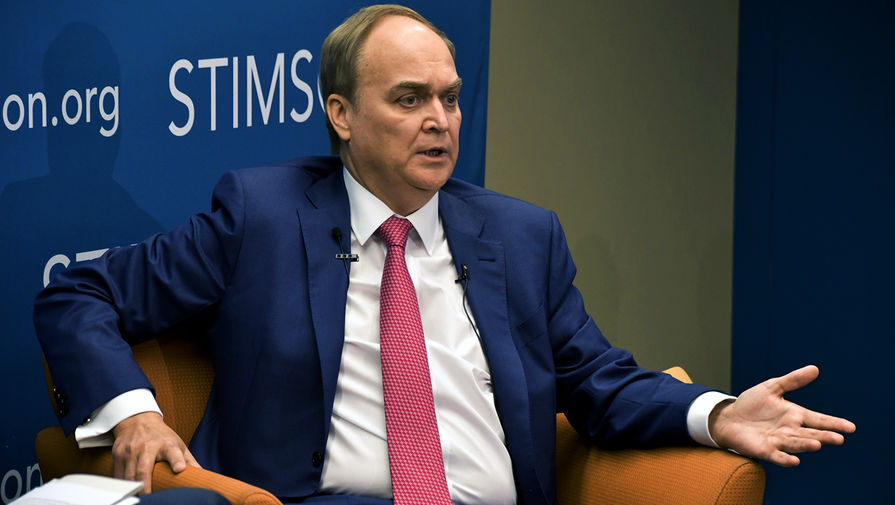 Russia is ready to help America in the fight against coronavirus COVID-19, said the Russian Ambassador to the U.S. Anatoly Antonov. According to him, to know about the willingness of Russians to lend a helping hand should, in the first place, ordinary Americans. A diplomat again called for an end to sow disinformation about the alleged inefficiency of the Russian measures against a new type of virus.

If needed, Russia is ready to provide US assistance in dealing with a new type of coronavirus. This was stated by Russian Ambassador to Washington Anatoly Antonov, reports TASS.

“Ordinary Americans should know — Russia if necessary is ready to help and the United States, as was repeatedly offered assistance in fighting fires in California,” — said the diplomat.

The diplomat stressed that speculation and disinformation about the alleged “insolvency” of the Russian system for the diagnosis of coronavirus is invalid.

“Our test kits have shown its high quality in China, Iran, transferred to Italy”, — reads the statement of the Ambassador. He noted that the pandemic COVID-19 — it is a global threat that requires joint response. Against this background, the attempts of the American press and television “to use emergency uskorennykh interest or for self-praise does not stand up to scrutiny”.

Antonov also called on US to abandon the “bloc mentality” (i.e. the mentality of confrontation between blocs, NATO and the socialist, cold war) and not to switch to public attention in America of the pandemic on the state of Affairs in Russia.

“Everything is done clumsily, rudely, by circulating lies,” protested the Ambassador. He also stressed that no one in Russia does not hide the severity of the problem, and the government is open to cooperation and intends to stop the current threat to human health.

In favor of the effectiveness of the measures taken by the authorities of the Russian Federation, said a surprisingly low number of infected COVID-19 in the country, concluded Antonov. According to recent reports, Russia has infected 495 people in the USA, more than 55 thousand died nearly 800 Americans.

On March 23, Bloomberg reported, citing sources, that the President of the United States Donald trump is considering return of Americans to work remotely on jobs.

According to the Agency, the head of state in a narrow circle has already started the discussion “the return of the nation to normal life.” As noted, the us leader had initiated negotiations on this topic on the background of growth of confirmed cases of infection with coronavirus in the United States.

March 25, trump said the TV channel Fox News that would lift restrictions on travel to the United States from countries with complex epidemiological situation for Easter, April 12 according to the Gregorian calendar. Earlier, the US imposed a ban on the entry of people from countries where diagnosed with coronavirus. In addition, the country has been limited movement on the ground in the southern and Northern borders.

Trump also said the event could be worse than the coronavirus. According to him, is the economic recession.

At the same time, the speaker of the world health organization (who), Margaret Harris called the United States the estimated new focus of pandemic coronavirus COVID-19. At a press briefing in Geneva, the expert said that the rapid growth in the number of cases of infection — the reason for such predictions.

“We record very fast growth of cases in the USA, so it’s possible,” said Harris.

Consulate General of Russia in new York urged the Russian citizens to leave the United States in connection with a pandemic of a new type of coronavirus. At the moment there are regular flights from the USA to Russia, after March 29, they will be paid only from new York, said the Consulate General.

“We strongly recommend Russian citizens to take advantage of these flights to the soonest return to Russia”, — said in a statement. In addition, the mission reports that there is a possibility of the closure of U.S. air space, due to the rapid spread of the coronavirus.

On March 24, Russia’s Ambassador to Washington Anatoly Antonov has urged human rights organization Human Rights Watch not to spread misinformation about the unavailability of the Russian authorities to combat the pandemic coronavirus COVID-19.

According to the diplomat, now need to unite and not to sow Russophobia. He also recalled that Russia is already helping Italy.

As it became known, in Italy, was sent 20 cars, as well as 66 soldiers NBC troops. They were taken to the country 14 transport aircraft Il-76. In Rome the first Board met the Minister of foreign Affairs of Italy Luigi Di Maio.

In his letter to the Russian Ambassador to the U.S. Anatoly Antonov also said that of particular relevance against the background of increasing the scale of coronavirus epidemic in the US, becoming the theme of Russian citizens in American prisons.

Learned from the Soviet Union: Russia and the pandemic in the eyes of the world media