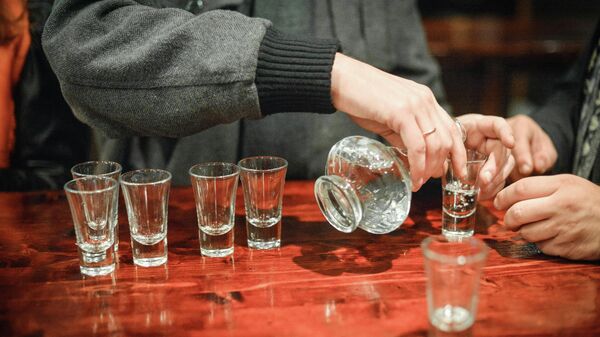 Alfia Enikeeva. According to Chinese scientists, the children are much easier to tolerate infection with the novel coronavirus — they have no high temperature, muscle weakness and headaches. However, the older a person is, the more serious symptoms and complications — even death. One of the possible explanations for the weakening of the immune system with age, when the number and diversity of T lymphocytes decreases and the remaining cells react to infection less quickly than before. How to strengthen the natural defenses of the body — in the material RIA Novosti.

In 2015, in one of the laboratories of the University of California San Diego scientists infected 164 healthy volunteers aged 18 to 55 years of age with rhinovirus, and then watched someone will develop an infection. Most cases were among those who last week slept less than five hours a day. Those participants whose night’s rest took seven to nine hours, remained healthy despite being infected.

According to the authors of the experiment, it proves the link between immunity and sleep quality. Four years later, German researchers described the mechanism of resistance to viruses and bacteria, depending on the night.

It turned out that the case in T-lymphocytes — the main players of the immune system that recognize infected cells, attach to them and then destroy. In the human body there are several types of substances (among them, for example, hormones, the prostaglandins) that can affect the activity of the defenders. Under their influence T-cells produce special proteins that allow them to dock with sick cells, and worse than work. However, during sleep the concentration of inhibitory hormones in the body is markedly reduced and T-lymphocytes are more successful. 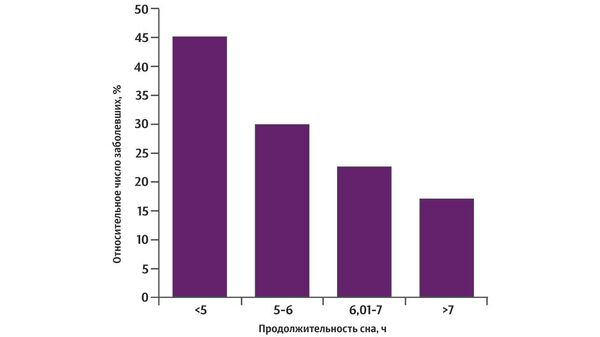 The study of biological samples taken from healthy people and volunteers suffering from insomnia, has confirmed the assumption of experts. Now trying to understand whether it is possible to artificially reduce the concentration of hormones that suppress T-cells.

Not all sweet harmful

According to American researchers, a total of 48 grams per day of dark chocolate containing at least 70 percent cocoa, can significantly strengthen the immune system. Few days this product were fed five volunteers while measuring their level of gene expression in immune cells.

It turned out that once a person ate a piece of chocolate, he activated a large number of signaling pathways between cells of the immune system. This, in turn, leads to activation of T lymphocytes and enhance cellular immunity. The longer a participant of the experiment ate chocolate, the better it worked on the protective system of the body.

Scientists believe that cocoa beans help block the mitogen-activated protein kinase — enzyme that affect the function of the protein in immune cells. It activates other signaling pathways involving T-lymphocytes.

According to the scientists from the University of Maryland (USA), even small amounts of alcohol weaken the immune system and makes a person more susceptible to viruses and bacteria.

The researchers suggested that 15 young volunteers (mean age 27 years) to drink in a row of five 50-gram shots of vodka. Then the three took their blood in 20 minutes, two and five hours.

Analysis of the first samples showed that the alcohol has given me a massive immune response. However, after a couple hours the level of white blood cells that play a major role in natural defences against internal and external pathogens has declined significantly. Later tests revealed high blood concentration of cytokines proteins that may indicate a weakening of the immune system.

Israeli scientists have found that activation of pleasure centers in the brain (this occurs, for example, when a person is experiencing positive emotions or correctly solves the problem) enhances the immune response.

The researchers artificially stimulated the area in the brain of laboratory mice and reported a small but statistically significant activation of immune cells in the blood and liver of animals. However, a clear anti-inflammatory orientation of these reactions is not revealed.

A day after stimulation biologists have rodents infected with E. coli (Escherichia coli) and found that the level of capture of bacteria by macrophages and dendritic cells have about two and a half times higher than that of uninfected animals of the control group. Furthermore, in infected mice the immune response in the spleen and liver was stronger. Natural defense of the body against bacteria and viruses began to wane only a week after effects on the brain.

The authors suggest that this explains the effectiveness of placebo in the treatment of infections. The medicinal action of pacifiers is associated with positive expectations from their reception. And in the formation of expectations involved, the awards system of the brain, which is the pleasure center.

Posted the footage as coronavirus affect the lungs