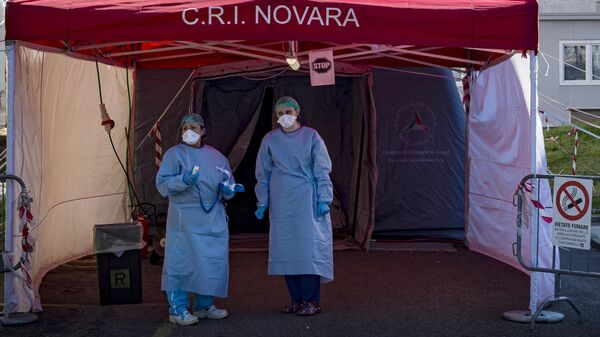 Alexander Logunov. The increase in the number of cases of infection with coronavirus in Italy declined for the fourth day in a row, the number of victims fell by 60 in the country died 683 people, their total number reached 7503, said the representative of service of civil defence Agostino Miozzo.

“The number recovered has increased by 1036 people, they became 9362” – said Miozzo on Wednesday evening briefing. The increase in the number of cases of recovery continues for the third day in a row.

The head of service of civil defence of Italy, Angelo Borrelli, who traditionally represents daily data, on Wednesday felt the heat and went to work. According to local media, he made an analysis of the coronavirus, the result of which is still unknown. Previously, authorities have confirmed 12 cases of infection, but then Borrelli has passed a negative test.

Currently, the coronavirus infected more than 57 thousand Italians, during the day, this figure rose to 3491 case. This key indicator declined for the fourth day in a row.

“Unfortunately, today we will register 683 of death,” said Miozzo. Thus, the number of victims amounted to 7503.

On Tuesday it was 743 death, on Monday, the number of the deceased amounted to 601. The negative record was marked on Saturday evening, when authorities reported the deaths of 793.

According to the representative of service of civil defence, the total number of cases of infection, including the deceased and recovered exceeded 74 thousand. On Tuesday this figure was almost 70 thousand people.