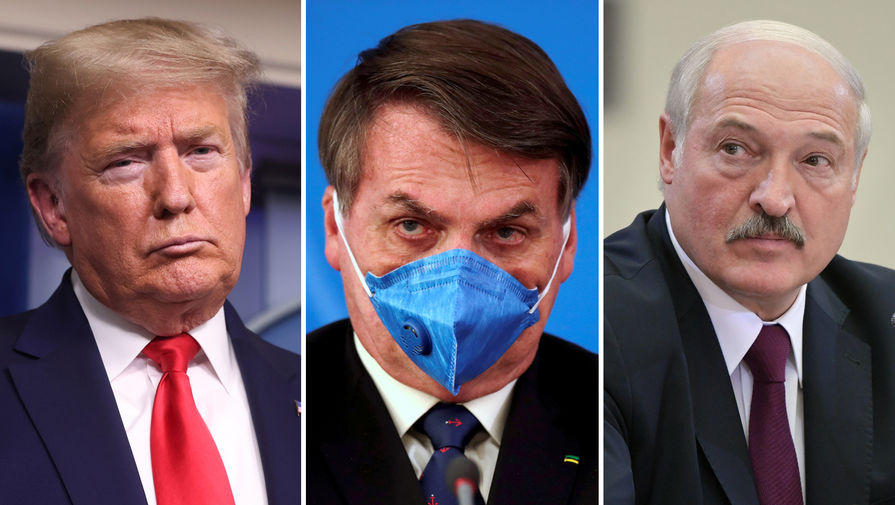 Donald trump’s thinking to take strict quarantine measures. The us leader is concerned about the economic consequences of the pandemic, coronavirus, and next week the U.S. administration will decide on further strategy. The performance of the economy was the trump card of trump in the fight for a second term.

During the pandemic coronavirus President of the USA of Donald trump several times to change the mood. First, he radiates optimism, said that the United States are fully prepared for the dangers of “Chinese coronavirus”, the threat to Americans remains at the lowest level, and generally by April, the disease will pass.

The US is not designed for quarantine

On 13 March the head of the White house declared a state of emergency in the United States, and also imposed a 30-day ban on the entry of the countries of Europe. However, after ten days tramp “tired” from quarantine, and, apparently, preparing to lift the rigid restrictive measures.

25 March the US President in an interview with Fox News said that by Easter (April 12) calculates the “open country.”

“I would be very happy if we opened the country, and everything start again to work for Easter, he said. — At this time all the churches across the country will be filled with people, and I think it will be a great time.” Trump also reminded that in the country every year from flu die, “thousands of people”.

“But every year we are not closing the country — said the American leader. — The cure is now worse than the problem, and, in my opinion, more people will die if we let it go on much longer”.

Quarantine will inevitably affect the economies of all countries who have resorted to drastic measures. A large number of people simply can’t work due to restrictions, representatives of small and medium businesses suffer huge losses due to loss of customers.

According to the latest data, coronavirus in the United States have discovered more than 50 thousand people.

Before Washington became the seventh U.S. state to mandate residents to stay at home. Previously, quarantine was declared in new York, California, Illinois, Connecticut, new Jersey and Ohio. Thus, about one-third of the U.S. population, or more than 95 million people, are in a state of quarantine.

According to The Washington Post, just last week, more than 3 million Americans applied for unemployment benefits.

Earlier, the President of the Federal reserve Bank of St. Louis, James Bullard in an interview with Bloomberg News said that the unemployment rate in the period from April to June may be the 30% figure is higher than during the great depression. Possible damage to the us economy from such measures is assessed at $7 trillion.

Although the U.S. Senate is developing a package of economic measures in the amount of $2 trillion, aimed at overcoming the consequences of the spread of coronavirus, Donald trump, apparently, was not ready to consequences of this magnitude from the emergency mode.

“You can’t just come and say: let’s close the United States, most successful nation in the world. We need to get back to work, — said the head of the White house. — You can destroy the country thus stopping work at it. We had the best economic performance in the country’s history three weeks ago, and then suddenly everything had to stop.”

About the same thing the President said in a briefing yesterday. According to trump, the US administration on 30 March to decide on future strategy. In particular, the American leader said that it is considering options that would allow the private sector to “gently to resume” operations.

“Our country was not created to be closed,” concluded trump.

For nearly seven months before the presidential election in USA election campaign completely turned upside down. If the Trump was worth to focus on the strikes on his opponent, the former Vice-President, Joe Biden and their economic achievements during the first term, now almost all reduced to how trump will cope with the pandemic while minimizing economic damage.

The White house has always relied on its success in the U.S. economy. And his achievements in this area is not contested, even rivals, noting only that the recovery of the economy began under Barack Obama, who became President in the midst of the global financial crisis.

However, U.S. GDP is growing at about three percent per year, and this is a good result, especially compared to other major economies — in Europe the rate is twice less in Japan three times.

“If the economy does not fail, it is likely to be reelected,” — quoted by Reuters in June the words of former speaker of the house of representatives of the U.S. Congress and a close ally of President newt Gingrich.

However, the economy of the President failed, and in the most inopportune moment. Pandemic coronavirus has put the authorities in all countries to physical or economic health, because the coronavirus pandemic and the economic crisis today compete for the title of world’s main enemy. And future of each country now depends on the danger that the user will put in priority.

For the President of Brazil Jaira Bolsonaro obviously the greatest threat is economic damage. On Tuesday evening, March 24, in a televised address to the nation, he urged citizens to return to normal life and have condemned the mayors and governors for the introduction of restrictive measures.

“We should get back to normal, he said. — Some States and city hall needs to abandon its policy of scorched earth”.

The President also said that the majority of citizens, including him, coronavirus not be a big threat. The Italian scenario, according to Bolsonaro, not facing Brazil, as the population of this country is much younger than the Italian.

The President said that even if I contracted the coronavirus, he would have “no reason for concern” because he had engaged in the sport. “I didn’t feel anything or it would be just a little flu,” he said.

According to recent reports, Brazil recorded 2201 cases. The government did not take any measures in connection with what local authorities had to act independently.

In addition to the threat of unemployment and possible problems in the medium and small business in the country will inevitably hurt the tourism industry. Bolsonaro apparently much more afraid of what damage to the economy than pandemic coronavirus.

The Optimism Of Alexander Lukashenko

One of the few world leaders optimistic in terms of the pandemic, was the President of Belarus Alexander Lukashenko. He advises to be treated with vodka and sauna, time to have Breakfast, lunch and dinner and is offended by the strict quarantine measures on the closure boundaries, which took Russia. March 20, Lukashenka claimed that the situation in Belarus is not serious enough to take “draconian” measures.

“We need people in the end be forced to answer for themselves and those around. If you blow your nose, cough, so don’t go outside and don’t spoil for others, the infection is not spread. That’s the point. And many States are very strict measures in this regard taken” — quoted Lukashenko BelTA.

What is happening today in the world, the Belarusian leader is not the first time called “psychopathy”.

In Belarus, as of 20 March, the coronavirus was diagnosed in 81. However, to follow the example of neighbours, Lukashenko is not in a hurry. In kindergartens and schools do not quarantine people go to work, and all public places are open. Belarus closes the border, however, the control of all checkpoints on the border with other countries and airports have been strengthened.

These measures, according to the President, is sufficient. However, this strategy is based not just on optimism, but on the economic losses incurred by Republic. Such measures, in particular, can have a negative impact on agriculture of Belarus, for whom Russia is the main market.

By resorting to extreme quarantine authorities of the Republic can’t afford. Hard constraints will inevitably affect the country’s economy, which entered a zone of turbulentnosti because of stalled negotiations with Russia on oil and the adverse economic backdrop in the world.

Optimism Lukashenko and his soft strategy is even more striking on the background of the most hard action to prevent the epidemic in Ukraine, whose economic situation is better than in Belarus. Trump’s approach is completely different from the strict European strategy. In Ukraine and in Europe, life completely stopped.

Russia also announced measures on overcoming the consequences of influence of the coronavirus in the country’s economy.

As noted in conversation with “Газетой.Ru” the Director of the Institute for strategic assessments Sergey Oznobishchev, this difference in approaches is mainly driven by local demand in a country for a political leader, or the perception of how a head of state this public inquiry.

Affects the economic factor. While the collective economy of Europe is no less powerful than in the US, however, in this case, the choice of strategy is conditioned by the political leadership and his personal priorities. For European countries, for example, a big lesson was the fate of Italy.

“Politics has become very personal, the attitude of the politicians and relations between the two countries [affected], respectively, and the interpretation of and approaches to security issues have become very personal, not like before. Previously admitted some things objectively, for example, the threat of nuclear war. And now it does not exist and in General is not so bad, and about the coronavirus and the epidemic is also a huge debate going instead to recognize it for the”,

In General, according to experts, in recent decades, the world was prepared for a completely different threats. In the event of a pandemic, the world’s leaders simply had no plan. Impact on the situation and political divisions, which touched even the European Union.