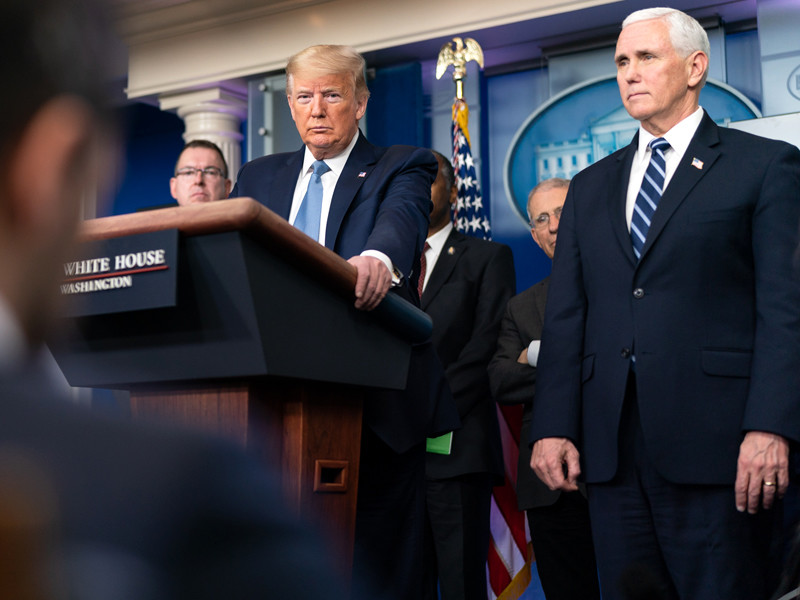 The President of the United States Donald trump talks about the possibility to relax the restrictive measures imposed on the country due to the spread of the coronavirus, said on Monday, Bloomberg, citing sources. The head of state concerned about the severe consequences for the economy, which may cause such limitations.

“Trump and a number of his advisers, for example, the Minister of Finance Steven Mnuchin, I want to ensure that the economic damage from the campaign for national social distancing will not exceed the damage from the virus,” – said the Agency.

Donald trump started to discuss easing measures last Thursday, just three days after he announced a campaign urging Americans to stay home because of the coronavirus.

Doctors warned trump that in the absence of any effective method of treatment of coronavirus the only way to counter him is to impose restrictions on the population. The white house has adhered to this strategy, but some advisers trump on the economy and politicians believe that the President should not in this case rely on the opinion of doctors, reports “Interfax”.

According to the forecast of the President of the Federal reserve Bank of St. Louis James Bullard, the unemployment rate in the U.S. in the second quarter could reach 30%, and GDP will fall by 50%. On Sunday, Morgan Stanley analysts said that they expect the fall of the U.S. economy by 30 percent annually in the second quarter.

If trump will cancel the recommendations for the coronavirus, it doesn’t mean that the campaign for social distancing completely stopped, says Bloomberg. American governors have the opportunity to introduce various restrictions to combat coronavirus. For example, the Governor of Michigan Gretchen Whitmer said on Monday that signs a decree “Stay Home, Stay Safe” (“stay home, stay safe”), which will come into force at midnight. And the Governor of Maryland Larry Hogan ordered the closure of all minor enterprises at 17:00.

However, the President of the United States, for its part, can affect the behavior of the Americans how he’s going to talk about the coronavirus during their conferences from the White house.

Meanwhile, associate Professor in the Department of epidemiology of microbial diseases Yale school of public health Gregg Gonsalves believes that half-measures can be even more devastating than consistent implementation of the strategy of containment of coronavirus. “Nobody wants economic ruin, nor the deaths of hundreds of thousands or millions of people in the United States. And that and the other terrible consequences,” he said.

March 16, the White house released recommendations to combat the coronavirus, which is valid for 15 days, until March 31. U.S. citizens urged not to go outside if they feel unwell, and contact your doctor. It is also not recommended to leave home for older people and people with serious illnesses.

The U.S. government does not advise residents of the country to gather in groups of more than 10 people to go to restaurants and bars to visit nursing homes. To work and learn, if possible, is recommended from home.

According to the Johns Hopkins University, 23 March in the United States was more than 35 thousand cases and over 400 deaths.

Bitcoin will lowering the difficulty of mining

“The cure is worse than the problem”: which countries do not need quarantine