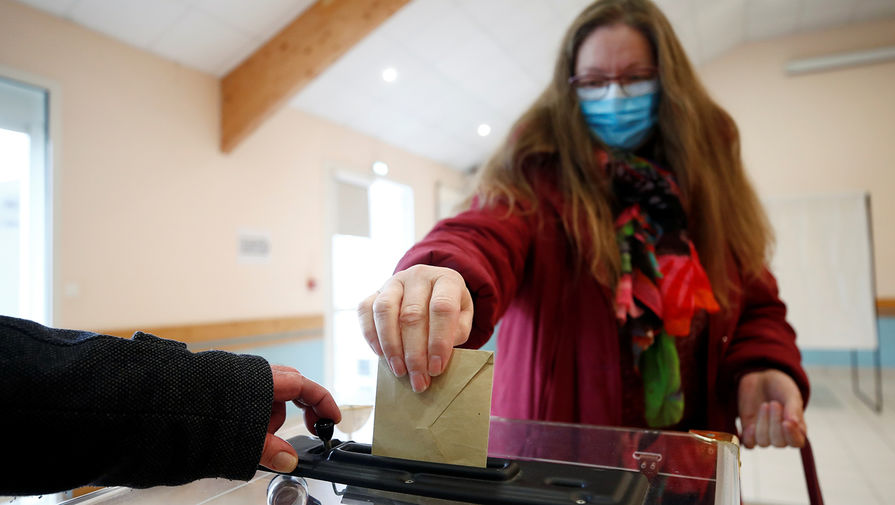 Coronavirus was the cause of the cancellation of voting on amendments to the Constitution of Russia on April 22. This precaution is not unique: the referendum and elections were postponed in many countries, even if their immediate execution is profitable for the incumbent authorities. What state has paused his political life — in the material “Газеты.Ru”.

Russian President Vladimir Putin in an address to the citizens of the country on March 25 announced the postponement of the popular vote for amendments to the Constitution, which was to be held on April 22. A new date will be determined only after the professional community engaged in the fight against coronavirus, confirm that to vote safe for the citizens.

Adopted by Russia’s action is not a unique case. Voting canceled in almost all countries of the world where in the near future should pass elections.

The situation is similar in neighboring Armenia. In February, Prime Minister Nikol Pashinyan announced the beginning of constitutional reforms. April 5 on this issue had to go through a referendum. He wore a transitional character, the citizens had to decide on the offset from the position of head of the constitutional court Hrayr Tovmasyan and six judges.

While the vote is delayed because the country introduced the regime of emergency. It is possible that when the crisis settles, a popular vote will be submitted to more detailed questions.

From holding the constitutional referendum also failed in Chile. Scheduled for April 26, the vote was to end the political crisis that broke out in 2019, after increasing the price of metro and the start of mass protests. The decision on the postponement of the elections on 26 October consistently took 15 political parties of the country.

The planned referendum also in Italy. A vote to amend the Constitution of the mills was to be held in the nearest Sunday. His transfer was approved on March 5.

In some countries, the coronavirus has postponed a decision on vital issues.

This is what happened in Micronesia, where in early March the referendum was to be decided the question of the independence of the island of Truk. Now the voting will take place only in 2022. And Gibraltar suffered a referendum on decriminalization of abortion.

In addition, in countries actively transfer key election authorities. In Syria canceled parliamentary elections, which was to be held on April 13. Until they were moved to the end of may, but it might have to do it again.

In the North of Macedonia, on 12 April, was scheduled parliamentary elections. Their postponed indefinitely. Authorities of the Balkan countries would be beneficial to hold elections as soon as possible. The recent entry into NATO and start of negotiations on accession to the EU gave the Macedonian government extra points in the upcoming race. Now, however, past successes are unlikely to play an important role.

In Montenegro canceled the local elections, which was held on 5 April. They will take place only after the abolition of all anti-crisis measures, within 90 days. The same situation has affected five countries: Austria, Argentina, Paraguay, Peru and Tunisia.

In North Cyprus from 26 April to 11 October postponed a presidential election.

Under the threat of transfer of presidential elections in Poland. They must go may 10, and despite the pandemic, the election campaign in the country is in full swing, although candidates and are restricted in holding party conferences and participating in mass meetings with voters. The current President of Poland Andrzej Duda also is a candidate, but still insists that any threat to the elections there. Although he has limited meetings with voters and avoid the mass party meetings.

However, not all countries decided on the cancellation and the postponement of elections even in the midst of a pandemic. For example, the March 22 presidential elections were held in Abkhazia. This vote put an end to the political crisis, which lasted in the country since last summer.

Despite the worldwide pandemic, the turnout for this election was 71%.

Quarantine measures were imposed in the Republic only two days after the election. However, to date there is still no confirmed case of coronavirus.

Different situation in France. March 15, despite the fact that even then the country had recorded nearly five thousand infections, municipal elections were held. Precautions tried to comply. People in masks and gloves with the hands and printed the ballots came to the land, where they could take advantage of the antiseptic. Was labeled to comply with the voting range, for elderly organized a priority vote.

Perhaps the authorities simply did not have time to cancel the vote. After all, the same day when it passed, the country began to operate the new restrictive measures. Shortly before that, the epidemiological situation in the country deteriorated sharply. And today France has more than 20 thousand confirmed cases of infection.

At the moment of the decision on the postponement of the elections is largely determined by a medical dynamics. If in the near future in the world will experience a significant improvement of the situation, from voting, and may refuse other countries.

“Freedom from sanctions”: what was agreed by the G20 countries